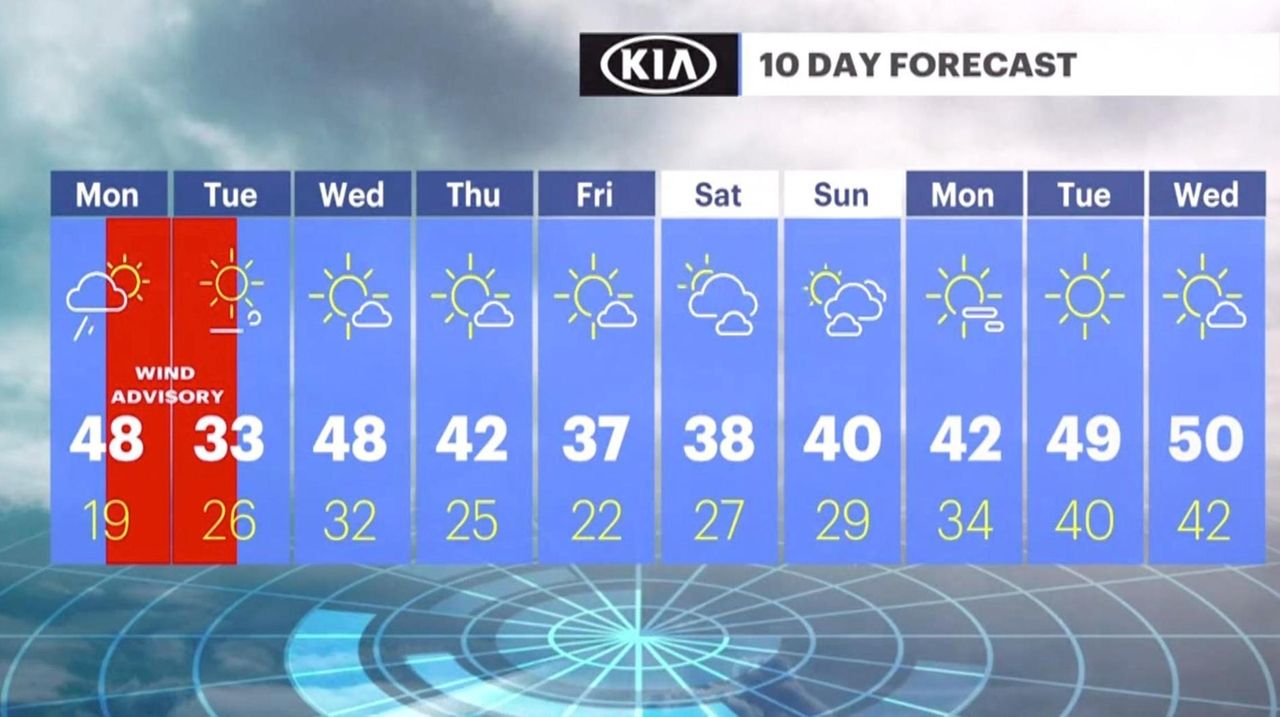 Chilly winds with speeds of up to 55 mph are forecast for Long Island overnight and into Tuesday morning, the National Weather service said late Monday.

The cold blustery winds, coupled with sub-20-degree overnight temperatures, will make it feel like it's between 5 and 15 degrees, according to the weather service.

A wind advisory remains in effect through 4 p.m. Tuesday. The weather service warned that strong winds could knock down tree limbs and power lines. At about 8:45 p.m. Monday, PSEG Long Island's website was reporting less than a dozen power outages.

Cool temperatures will follow all week, with a high of 47 on Wednesday, but overnight sub-freezing temperatures — most nights in the 20s — through Sunday.

A gale warning and small craft advisory also are in effect for all Long Island waters and in most cases will remain in effect through 6 p.m. Tuesday.