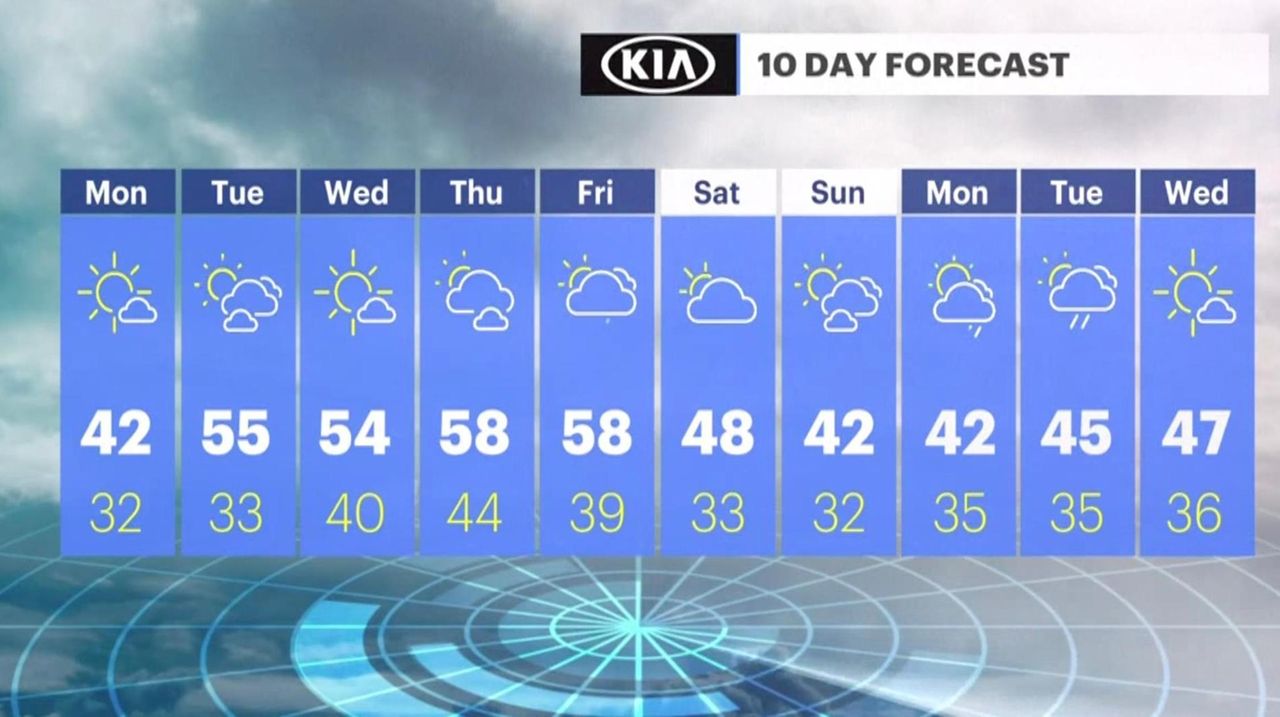 Welcome to Monday, with a boring week of weather ahead.

How so? Well, the National Weather Service said we're in for sunny skies Monday, adding that while increasing clouds are expected overnight into Tuesday, we're also in for warming weather — with mostly sunny skies in store Tuesday, Wednesday and Thursday before we face a chance of rain on Friday. The weather service said we can expect sunny skies Saturday and Sunday, as well.

All in all, we're in for a pretty nice week.

One very unlike the usual for early March.

Though it figures to be cold Monday, expect temperatures in the mid-to-upper 50s the remainder of the week. There currently are no weather advisories or warnings in the forecast, either.

Wind chill factors will make for a cold day Monday, with temperatures expected to be in the 30s and the wind chill expected to make it feel like it's between 15 and 25 degrees outside.

So, at least for Monday, continue to bundle up.