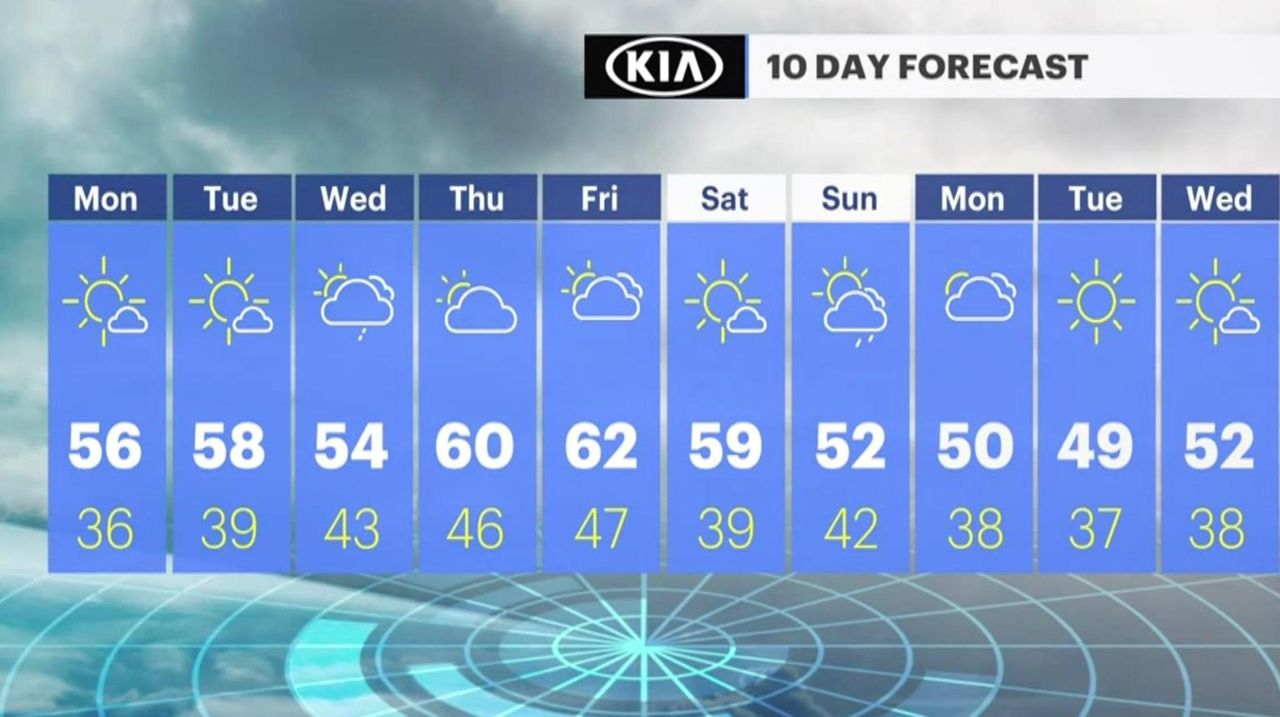 And though daytime temperatures remain in the upper 50s and low 60s as the week moves on, cloud cover increases before rain moves into the area Friday.

The weekend could be a mixed bag, with sunshine possible Saturday and rain likely on Sunday, forecasters said.

Overnight temperatures are expected to be in the mid-to-upper 30s Monday into Tuesday and then in the 40s the remainder of the week, increasing as the week goes on.

There were no watches or warnings in effect as of 5 a.m., though the weather service said there were patches of fog across Long Island that could cause issues for drivers until they burn off.