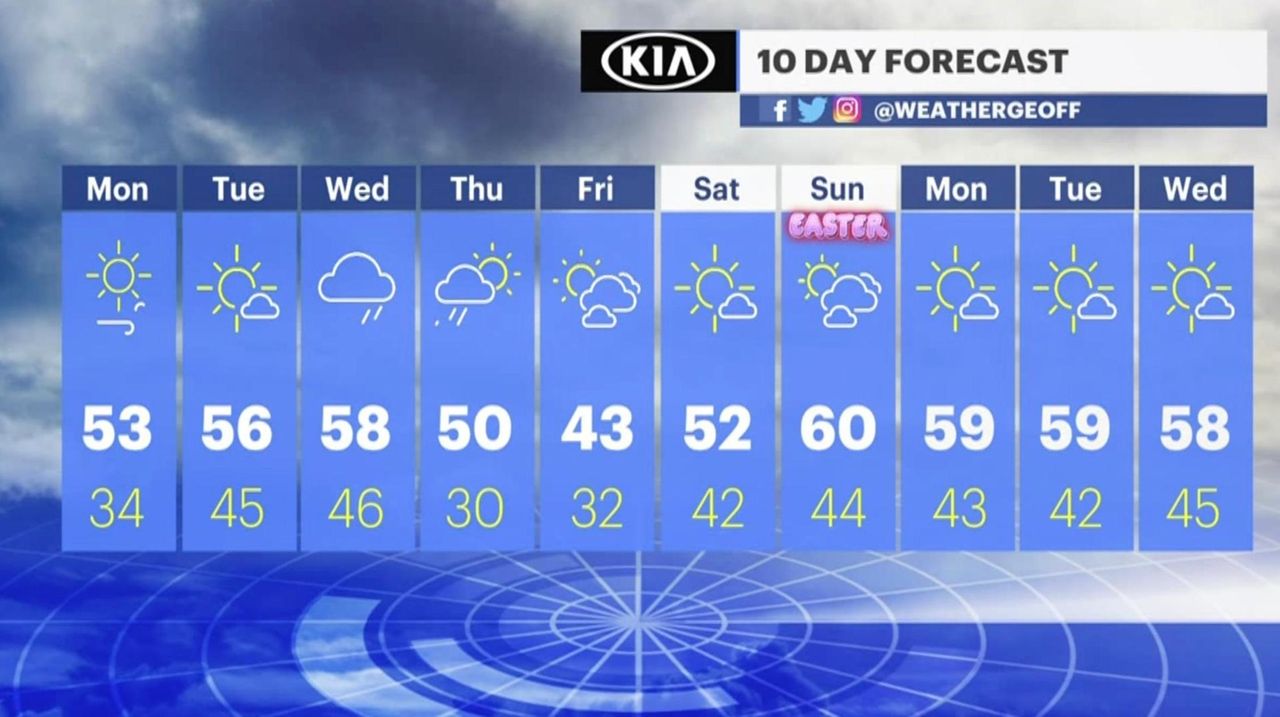 The National Weather Service is warning of west winds of 20 to 30 mph — with gusts as high as 50 mph on Monday. High temperatures are expected to reach the 50s. News 12 Long Island meteorologist Reed McDonough has the forecast. Credit: News 12 Long Island

Gusts reached as high as 79 mph early Monday in Stony Brook, the National Weather Service said, but the high winds that buffeted the region overnight and throughout the day are calming down.

The weather service's wind advisory expired at 4 p.m. but earlier, Eaton's Neck saw an early morning gust of 75 mph and many parts of Suffolk had wind gusts close to 50 mph, according to the weather service.

In Nassau, there was a report of a 57 mph gust in Bayville Monday morning while winds in other parts of the county saw wind speeds in the high 40s.

Just light winds of up to 13 mph are expected Monday night and Tuesday, which will feature sunny skies and temperatures near 60 degrees, forecasters said.

Wednesday will bring rain in the afternoon and winds will pick up to about 25 mph that night, with a 50% chance of rain on Thursday morning.

Of course, the old expression also advises that April showers bring May flowers — and Thursday is April 1.