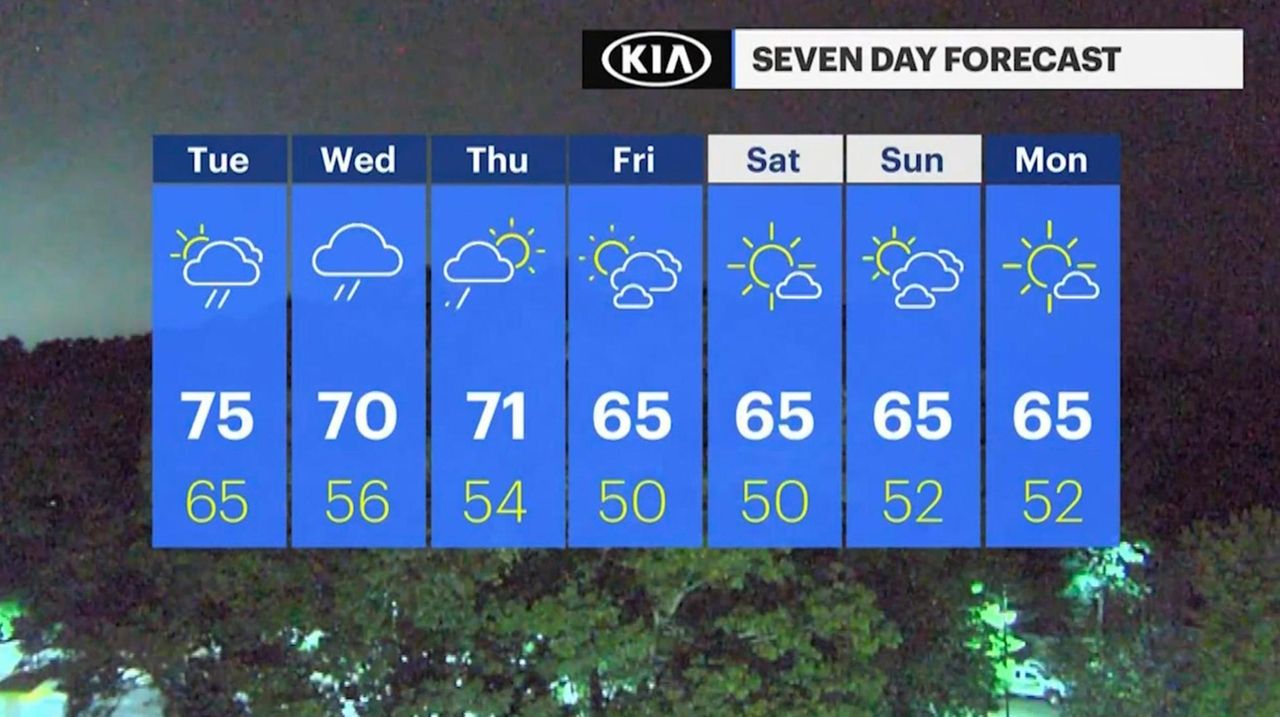 A slow-moving cold front will be moving into the region Tuesday, bringing with it the chance of rainfall on and off through Thursday and ushering in cooler temperatures by Friday, forecasters said.

The National Weather Service is predicting for Long Island a chance of showers for Tuesday, Wednesday and Thursday morning. Heavy rain and thunderstorms could also be in the offing, the weather service said, ending a dry period in the region.

"Low pressure over the northern Great Lakes will move northeast through southeastern Canada. As it does, it will slowly drag a cold front through the Tri-State Area Tuesday night into Wednesday morning. This will eventually bring us some rain after a long stretch of mainly dry weather," the weather service said in its regional summary Monday evening.

The chance of showers is 70% by Tuesday night and 80% Wednesday. Showers could start Thursday, though forecasters said any rain will likely leave our area in the afternoon Thursday — finally giving way to mostly sunny skies.

Highs all week were expected to be in the low to mid-70s, with overnight lows in the upper 60s to start the week. But overnight temperatures are expected to dip into the low-to-mid 50s by the end of the week.

Chillier air is also working its way across the nation, forecaster said, as Autumn takes over in earnest.

"Following a weekend of well above normal temperatures, Monday is forecast to be dramatically cooler across the Nation’s Heartland and the Rockies. This large dome of below normal temperatures advances east on Tuesday into the Southeast and the Ohio/Tennessee Valleys where highs will struggle to get out of the 60s," the weather service said in its short-term national forecast.

"By Wednesday, the much below normal air-mass makes its way into the mid-Atlantic while another cold front ushers in a reinforcing shot of below normal temperatures across the North-Central U.S. on Wednesday," the weather service said.

The service also predicted "Dry and gusty conditions will continue to bring critical fire weather conditions to portions of the Plains and Western U.S." where California wildfires rage.

But while the East will cool down, the West will be heating up.

"High temperatures soar to much above normal levels with record heat possible along portions of the West Coast on Tuesday," the weather service said.