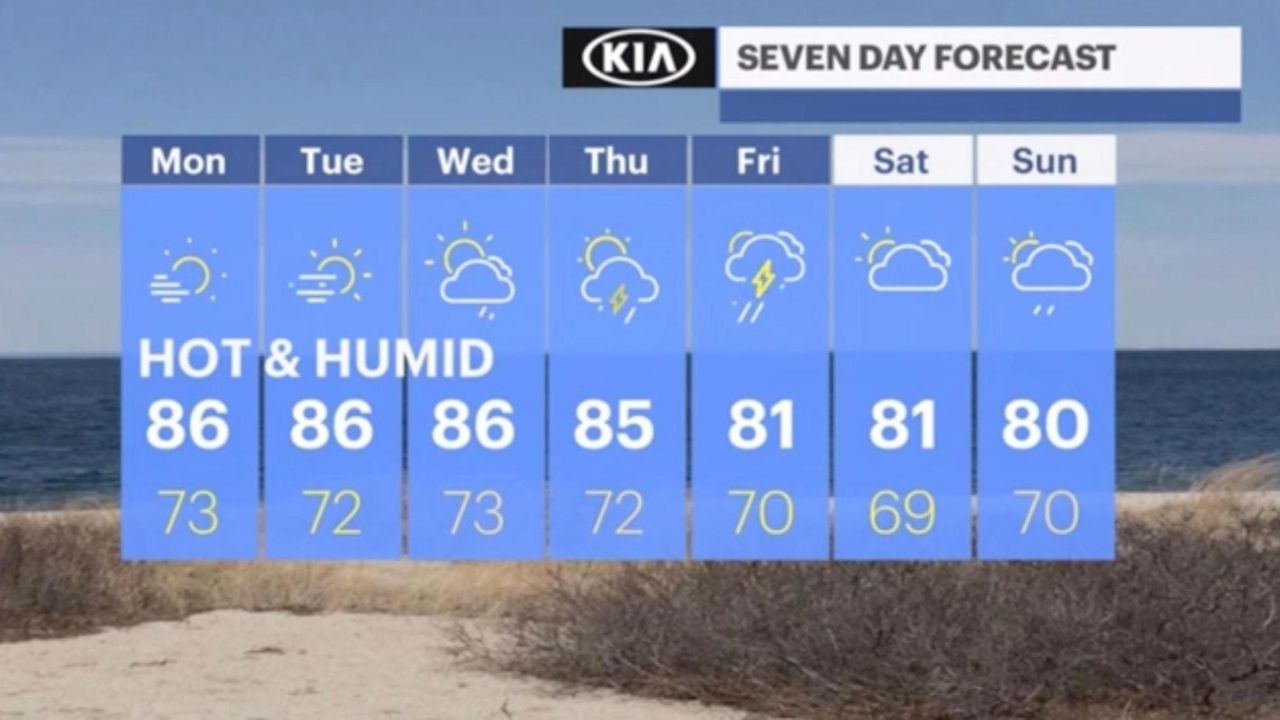 Much of Long Island will be under a moist blanket of heat this week as forecasters predict at least two more sweltering days Tuesday and Wednesday, with a heat advisory remaining in effect for Nassau County and New York City.

The advisory, which began at noon Monday, lasts until 8 p.m. Wednesday, the National Weather Service said. And while the advisory does not apply to Suffolk County, some parts of the county may still get baked.

“Part of Suffolk will be hot — just not enough to warrant an advisory,” Joe Pollina, a meteorologist at the National Weather Service in Upton, said Monday. “While Nassau will have widespread heat indices of 95 to 97 degrees. Suffolk will have some places with those values.”

Pollina said temperatures should reach 89 degrees on Long Island on Tuesday with high humidity but no rain in sight. Similar conditions are expected for Wednesday, with about 87 or 88 degrees for the high, though the heat advisory expires at 8 p.m.

What the advisory means is that "hot temperatures and high humidity may cause heat illnesses to occur," the weather service said. An advisory is issued when a combination of temperature and humidity is expected to make it feel like it is between 95 and 99 degrees for two consecutive days or between 100 and 104 degrees for any length of time.

The weather is expected to be hot and humid through Wednesday with thunderstorms possible, even likely, on Thursday and Friday.

Pollina said area residents should stay inside air-conditioned spaces, wear light clothing, drink plenty of water and limit outside exposure to the hours outside of 10 a.m. and 4 p.m.

The heat wave could be particularly difficult for Long Islanders who may not yet have power restored since last week’s Tropical Storm Isaias. PSEG Long Island said more than 40,000 customers remained without power as of Monday evening.