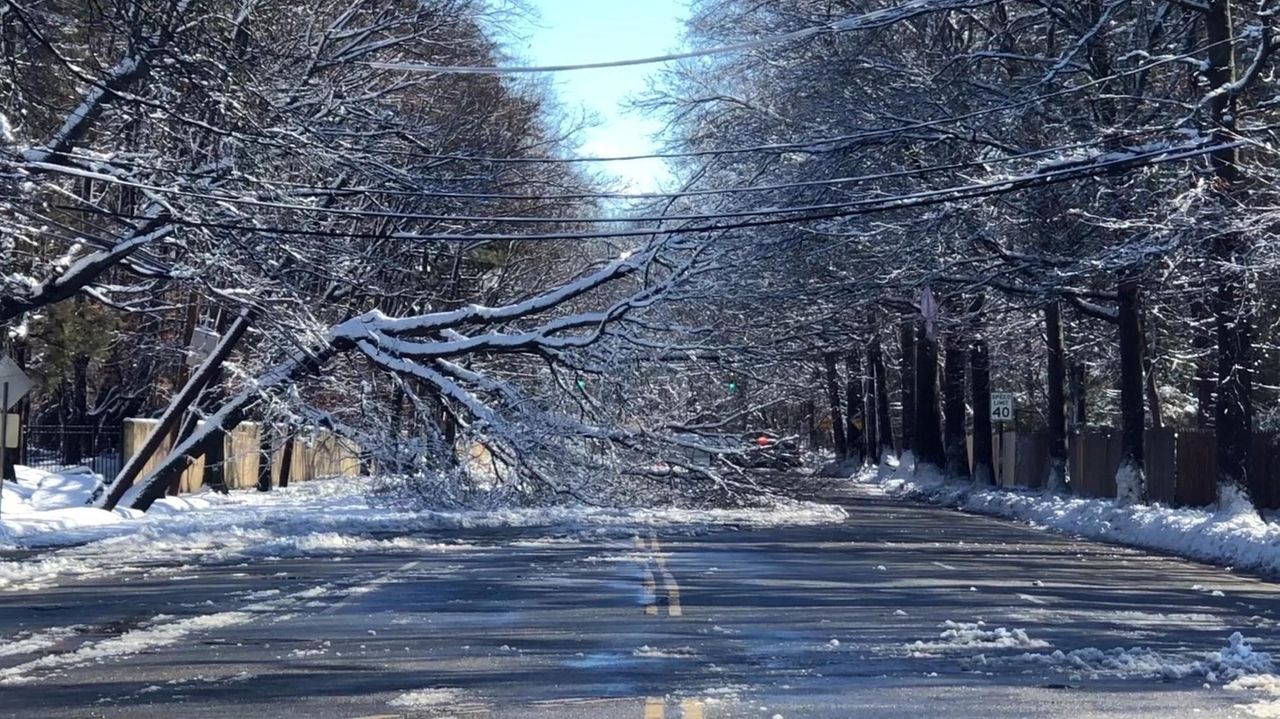 John O'Connell, vice president of transmission and distribution of PSEG Long Island, on Thursday, March 8, 2018, discussed how crews are working around the clock to restore service to all of its customers whose lost electricity in the recent nor'easter.  Credit: Newsday / Raychel Brightman; Howard Schnapp

Work to restore power to more than 6,000 PSEG Long Island customers who still don’t have electric service could extend into the weekend as utility workers contend with nearly 2,000 complex repair jobs and nearly 1,000 downed trees or limbs.

Wednesday’s nor’easter left a blanket of wet, heavy snow on tree limbs, toppling them onto wires and in some cases taking down utility poles, said John O’Connell, vice president of transmission and distribution for PSEG Long Island.

“It was good snowball and snowman snow, but bad for electric wires and trees, because it sticks,” O’Connell said Thursday afternoon.

The utility’s 9:45 p.m. estimate of the number of people who were without power was roughly half the number it reported midafternoon Thursday: 12,831.

O’Connell said PSEG and the hundreds of outside crews that are helping restore power expect to make a large reduction in that outage number through the evening, then have a full day Friday restoring power. But some residents are expected to remain without power into the weekend. He declined to estimate how many customers.

Around 8 percent of PSEG and LIPA’s 1.1 million customers lost power during the nor’easter, or nearly 90,000 customers.

PSEG and its contractors lost some time getting to repairs on Wednesday night because of bad road conditions and difficulties in accessing problems.

“Our crews worked hard in tough conditions throughout the night,” O’Connell said.

Many had just finished work on last Friday’s nor’easter, which took out power to 128,000 customers. The work was finished last weekend and into Monday.

“They rolled right into this one,” O’Connell said of workers who mobilized Wednesday.

At Brookville Lane in Glen Head, a massive tree fell onto electric wires and took down three utility poles.

Two neighbors on the lane who lost power Wednesday — and in the previous nor’easter — also could not drive in or out because their driveways were blocked.

“I heard this pole fall down, and I didn’t know what it was, it was like a little bit of an explosion,” said Ginger Devivo.

While her home’s generator automatically kicked in, she had to walk about two miles — each way — to check on her two horses.

Her neighbor Susan Volz was also prepared. On Wednesday, fearing the power would go out, she had her two young children take pre-emptive hot showers — and she set up playdates for them elsewhere on Thursday.

“It looked like a little tornado touched down here,” she said.

Volz had hoped the electricity would be back on long before PSEG’s 11 p.m. Thursday estimate. Last night, even with lots of blankets, “We were cold . . . this is terrible,” she said.

O’Connell said most of the problems are in areas with a lot of trees, including the North Shore. He said most of the work is on the distribution system — the network of wires on utility poles that delivers power to homes and business.

Only a small number of repairs are on the transmission system, which brings high-voltage power from plants and cables to substations.

While PSEG has plenty of workers to handle the restoration, it doesn’t have access to hundreds of crews from its sister company PSE&G of New Jersey, which is still dealing with tens of thousands of outages after seeing over 100,000 overnight.

O’Connell said trees have been the main culprit, despite the fact that PSEG has completed a full cycle of tree trimming a larger area around trees than LIPA had in years. The main problem, he said, is there is no way to prevent an entire tree from uprooting and falling onto wires. That is especially the case when the ground is not frozen — and already saturated with water.

The latest nor’easter, which approached late Tuesday and lasted into early Thursday, closed schools and snarled roads and rails during the evening commute. Long Island MacArthur Airport registered 5.8 inches of snow, while other areas reported more than 7 inches.

Wind gusts of 53 mph were recorded at Great Gull Island, which is at the eastern end of Long Island Sound; 52 mph in Shinnecock, and 48 mph in Bayville, the weather service said.

See snow totals in your areaHere are the latest available snow depth measurements for the tri-state area provided by the National Weather Service, Upton office. LIers brave a wild nor’easter. Again.Two wild storms within a week. That's twice having to find someone to watch the ... Local forecast Compare the snowfall of winters pastSee the latest official snowfall totals from Brookhaven National Laboratory in Upton and the National Weather Service.