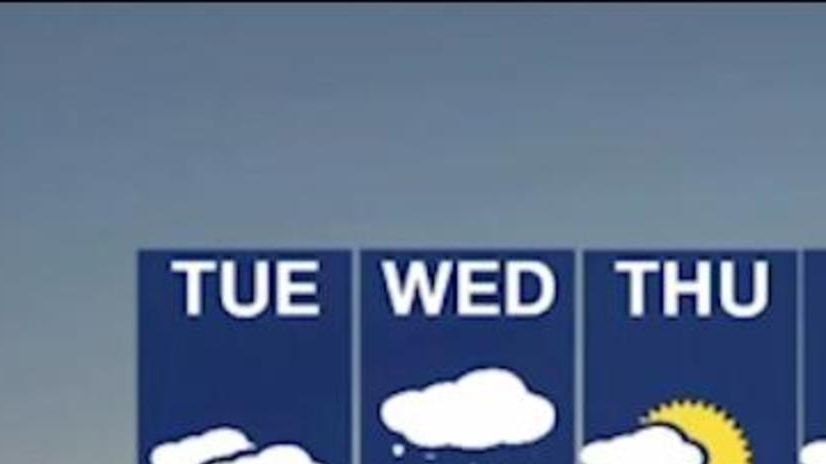 Long Islanders may want to grab their umbrellas for the Wednesday morning commute, as the inch or two or three of snow previously predicted is now expected to be mostly rain with some snowflakes mixed in at times, forecasters said late Tuesday afternoon.

The latest computer models indicated a trend toward air warm enough for “primarily a rain event” on Long Island, said John Cristantello, a National Weather Service meteorologist in Upton. Morning roadways are likely to be “more wet than icy,” though a few slick spots can’t be ruled out, he said.

Nassau County and the northwest corner of Suffolk were looking at less than an inch of snow, with the rest of Suffolk slated for no snow at all, the weather service said.

Still, there was a one in 10 chance of a slight turnaround, which could bring an inch of snow for the Island. Temperatures overnight were forecast to dip to about 34 degrees by daybreak Wednesday at Long Island MacArthur Airport. The temperature is expected to warm up to only about 36 degrees during the day.

There’s “better than a 50/50 shot” for precipitation to start falling after midnight, first as a rain/snow mix in some spots, then all rain, Cristantello said, though there was also potential it won’t arrive until around 4 or 5 a.m. Wednesday.

Look for precipitation to start winding down after the morning rush, he said, with the potential for a brief return to a rain/snow mix in some areas, before clearing by early afternoon.

Local forecast 8 tips to avoid hurting yourself while shoveling The cold and snow are not just an inevitable inconvenience of winter, but pose the ... Stuck inside? 10 DIY crafts, games for kidsExperts from LI museum shared these DIY crafts that can be made with ingredients you can find in your kitchen. 10 apps to help survive a snowstormYour smartphone can prove a valuable tool during a weather emergency, including a snowstorm. Here ...