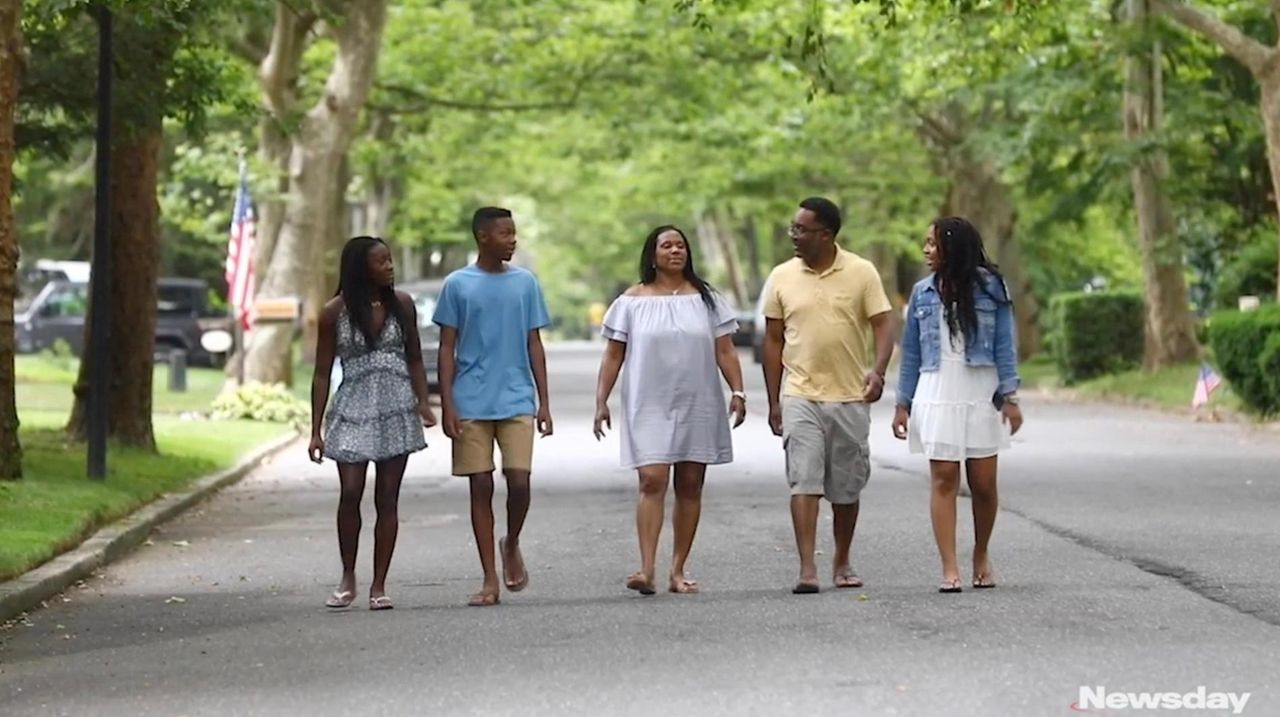 I didn’t experience racism until my family moved to Long Island. And that was the beginning of our multigenerational experience with prejudice that continues today.

We lived in nice areas of Brooklyn, including Marine Park and Coney Island, in the early 1970s. My dad, a Vietnam veteran who earned the Bronze Star with Valor Decoration, loved the water. So, my dad, who worked for the post office and wanted a better life for his children, bought a home near the water in Freeport in 1979.

We were one of two Black families on our street.

On the second day after moving there, we came home and found “KKK [racial epithet] MOVE AWAY” spray-painted in white letters on the gray shingles of our home. For the better part of our first two years there, I was bullied by two white boys on my block. I was about 8, and I still remember being called Magilla Gorilla, tar baby and monkey, and told to go back to Africa. Of course, I was called the N-word.

After we and other Black families started moving in, some of the Irish and Italians started moving out to less diverse areas like Levittown, East Meadow and Massapequa. Many Jewish residents stayed, and none were racist toward me. I have a very strong connection to the Jewish community.

In Freeport, I recall going to my friend Donna’s home, and hanging out on her family’s boat. When her dad got home from work one day, Donna said: “You have to leave because my dad doesn’t like Black people, and doesn’t want you on the boat.” I was maybe 10. Think of your child hearing that.

When the girl I thought was my best friend for years decided to invite a white friend to go with her to see her grandmother in Florida, I suspected it might have had something to do with my race because we were inseparable.

When my now-husband Andrew and I were dating, we looked for an apartment in the area. We saw an ad for a two-bedroom unit in Franklin Square. The real estate agent called the homeowner, and the place was available. It took us five minutes to get to the home from the agent’s office. The homeowner saw us, and said that he just rented the apartment. We looked at the agent, and each other, and knew what this was about. When Andrew and I were searching for our second home, we wanted to live in Dix Hills because of the educational reputation of the Half Hollow Hills school district. White agents would show homes in Wheatley Heights and Deer Park, but not Dix Hills. They kept telling us the homes were cheaper and taxes were lower, until my husband finally said to one of them: “Dix Hills is not Wheatley Heights, Dix Hills is Dix Hills. Stop taking us to Wheatley Heights. We don’t want to live in Wheatley Heights. If I were white, would Realtors be shuffling me into this community?”

About eight years ago, I was looking for an apartment for my dad, and inquired about a place in Massapequa. The homeowner gave me directions to his home, and stated: “I’m going to take you through a short cut to get to my house. You are going to go through a Black neighborhood, but don’t worry, you will be out quickly.” Needless to say, I didn’t bother to see that apartment: I told him that if he had an issue with Black people he should speak up because we were Black. He said he didn’t, but that his neighbors probably wouldn’t appreciate him renting to a Black man.

Just weeks ago, my daughter Sydney, a high school senior who will attend the University of Pennsylvania, found out through a shared text that a student she knows in her high school felt Sydney wasn’t qualified to go to the prestigious Penn because she wasn’t in the top 20 of her class and that she had only been accepted because she was Black. The student wrote: “ ... the people who are fit to be in that college [Penn] are gonna graduate, it just happens to be whites and Asians, all the more not to accept people who don’t have high enough stats just because of their skin color.” Despite taking Advanced Placement and honors classes with Sydney, she assumed my daughter didn’t have the stats because she was Black.

The wounds are always there. They are raw when I talk about them, even more so now that our nation is undergoing a reckoning about racism. My hope is that we listen to the voices of Black America, that there is an understanding of our human experiences with racism in America, and that change will one day come.

Tedra Grant of Dix Hills is a registered nurse in hospice and palliative care.