About 40 miles from San Juan, construction is just beginning to replace a bridge that was washed out in Morovis, a municipality in north-central Puerto Rico. For now, vehicles drive across a platform on the riverbed. The far end of the lost bridge is seen at upper right. This image was shot Jan. 20, 2018. Credit: Newsday / Mark Chiusano

Here is what is happening in Puerto Rico more than four months after Hurricane Maria slammed through the island: The Federal Emergency Management Agency is still providing food and water, after mistakenly prompting fears it would stop. Tarps cover roofs across the island. Approximately a third of the population is still without power.

No power usually means no hot meals and no refrigeration. It means no air conditioning in tropical heat that is already breaching the 80s.

And that’s all far better than it was in recent weeks.

The island’s disaster was more far-reaching than some of the worst ever seen on the mainland. More than three times as many generators were provided by FEMA to Puerto Rico after Maria as compared with Hurricane Katrina. For the 3.4 million people who call Puerto Rico home, it has been an unconscionably slow recovery. The federal government must extend the true helping hand our fellow Americans desperately need.

The odds were stacked against the island long before hurricane winds swirled. A decadelong recession has prompted a stream of migration away from the island. With the economy faltering after a repeal of a federal corporate tax break, successive governments borrowed excessively and the island is now tens of billions of dollars in debt — which has led to a federal control board demanding austerity.

Mismanagement caused deep cracks in infrastructure. There were bad local decisions after the storm. The Puerto Rico Electric Power Authority chose not to immediately call in hordes of power workers via mutual aid agreements with mainland utilities. Instead, PREPA at first relied on Whitefish Energy Holdings, a Montana company, due to logistical difficulties and cost concerns, but this only delayed energy restoration. The mountainous terrain posed its own challenges.

Meantime, the federal response has been scandalously inadequate. It started with early logistical stumbles like delayed opening of ports, slowing the delivery of supplies. President Donald Trump obscenely overstated the island’s recovery when he visited in October and squabbled with San Juan Mayor Carmen Yulín Cruz as she and others asked for more aid.

The inadequate response continues today with an omnibus $81 billion supplemental disaster-relief package that is stalled in the Senate. It’s hardly enough for Puerto Rico, but miserly when split with other disaster-struck areas such as Texas and Florida.

And the future looks dire: The Republican tax bill disadvantages Puerto Rico businesses compared with mainland ones, making it even more difficult for Puerto Ricans to get back on their feet. 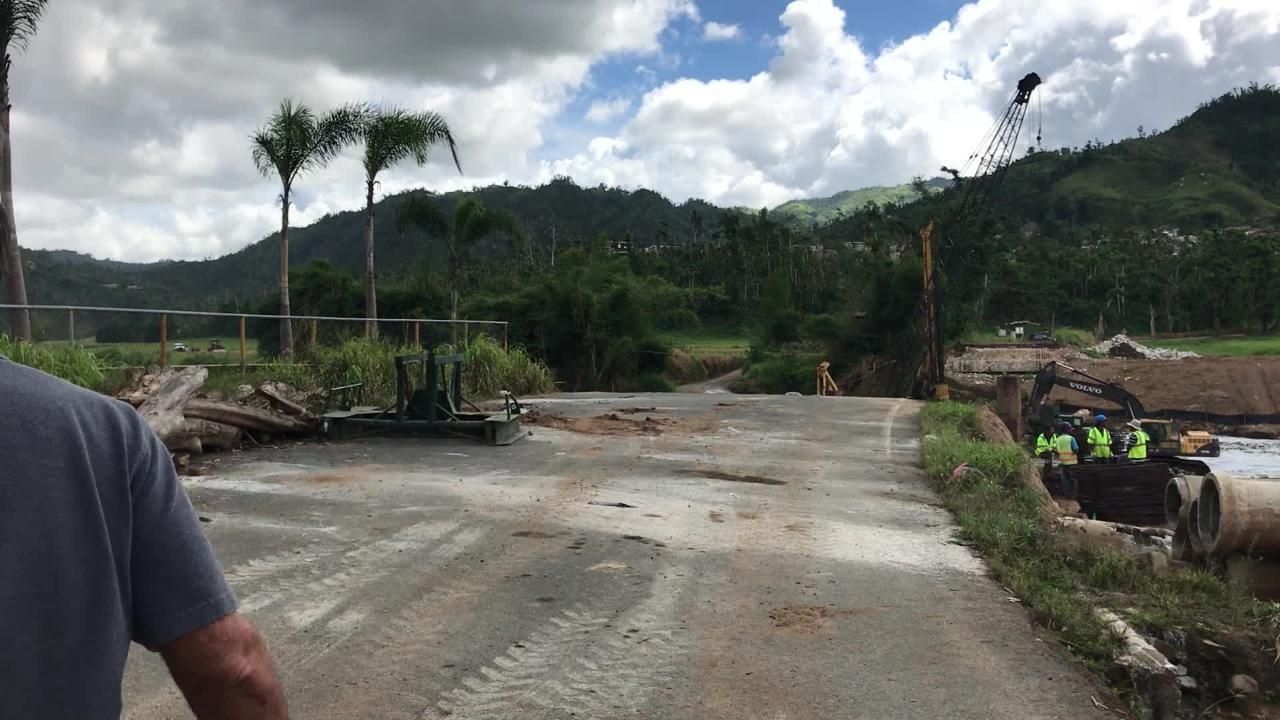 New York has done more in many ways because of its bond with Puerto Rico. The Empire State has long been the heart of the Puerto Rican diaspora, particularly since hundreds of thousands migrated to the mainland in the 1950s. Puerto Rico has only a nonvoting member of Congress and does not vote for president, making New York politicians de facto surrogates.

New York’s efforts to get the power back on have been particularly helpful. New York power workers were on the ground within days of Hurricane Maria to analyze damage, and more than 450 New York State utility workers have helped restore power to more than 90 percent of San Juan area customers.

But the devastation requires a wider response. Today in Puerto Rico, you will find fallen trees aside major highways and still-broken bridges. Many storefronts are shuttered and traffic lights are dead, symbols of the scale of the storm and the slow return to normalcy. The disaster aid package should be approved immediately — including, at the very least, funding for the island’s Medicaid crisis, caused in part by the federal government contributing much less than it does for states.

Also needed: a waiver for the portion of disaster response for which Puerto Rico would be responsible after the first 180 days post-storm. That local cost-share was waived for Louisiana after Katrina. The legislation also must reform Stafford Act requirements, which stipulate that federal dollars be used largely on simple reconstruction. The federal government should build to a higher standard, trying to prevent this level of destruction from happening again. Puerto Rico in turn must marshal political will to modernize its electrical grid.

Beyond the bills, Puerto Rico’s economy needs help. The commonwealth needs some leniency as it seeks to restructure its debts. Why sow salt in fields that one day must be fertile?

There is hope for Puerto Rico.

Many Puerto Ricans see the disaster as an opportunity to rebuild smartly. Better bridges can span rivers, roads will be cleared and improved, and tourism will again flourish with New Yorkers and others hopping on cruise ships and flights, sustaining the economy as Puerto Rico rises.

But to do so, the island needs more help, and more recognition by Washington that these are fellow citizens, too.