There are serious concerns about whether Tim Sini can be the district attorney Suffolk County needs now. But he is the only candidate who offers the hope.

Certainly, there are crime and criminal justice problems facing the county. Illicit opioid and heroin trafficking remains deadly, the pipeline of illegal handguns continues to empty into some communities, established gangs and newer, extremely violent ones fight their turf wars in our schools and our streets, while drivers high on drugs and alcohol inflict carnage on our roads. Polluters still abuse our land and water. There are unquestionable racial disparities in how the criminal justice system treats whites and minorities. 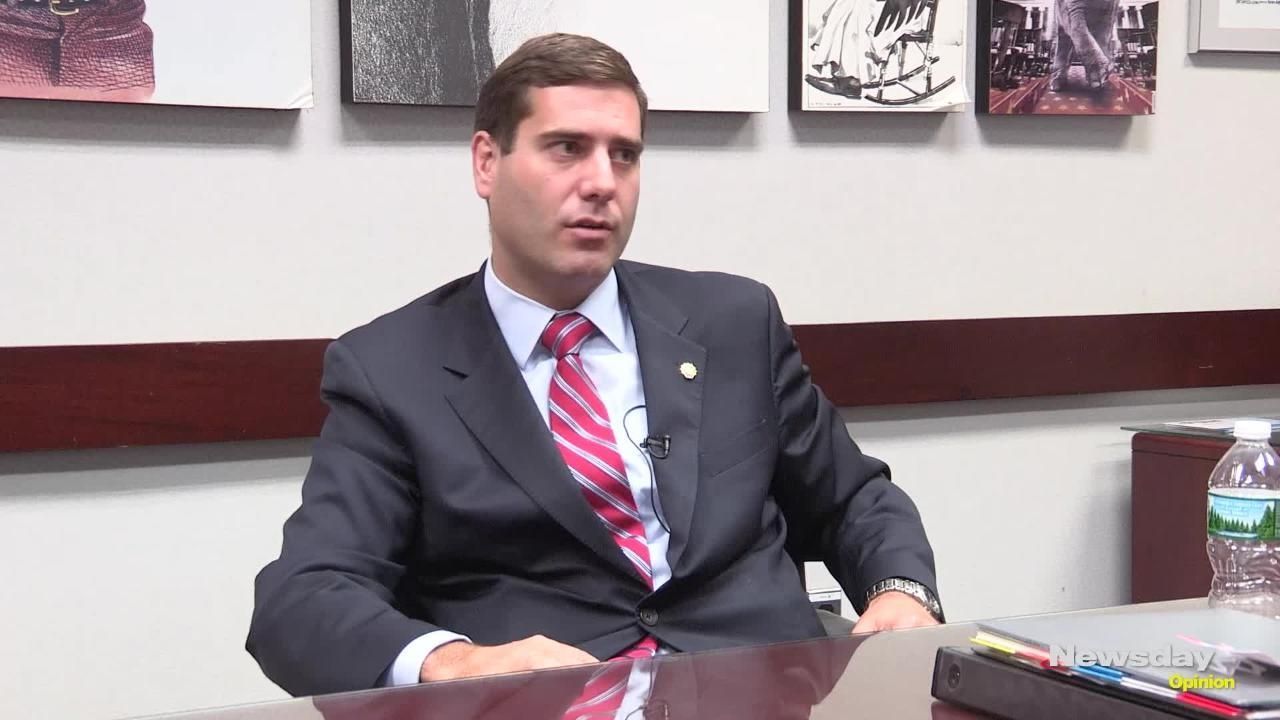 These problems must be confronted. But the reality is that Suffolk remains a very safe place, with low crime overall and a high quality of life.

However, the overarching crisis we confront is about the public’s lack of trust, once again, in the district attorney and his office.

Thomas Spota swept into office 16 years ago as a reformer, the person who could restore integrity to an organization crippled by accusations of partisan and politically motivated prosecutions. Now he exits with his reputation as a crusader in tatters and his office facing accusations that the enormous powers of the district attorney have been manipulated for partisan and personal gain. The top officials of the department remain under federal investigation.

Sini, 37, the county police commissioner, ambitiously angled himself, with the aid of his patrons, to snag the Democratic nomination. It is a gift tarnished by his acceptance of the discredited Conservative and Independence party nominations.

So how did Sini, in four short years, rise from being a low-level and undistinguished assistant federal prosecutor in Manhattan to the favored candidate to win a four-year term as Suffolk’s top prosecutor?

He had a politically connected neighbor in Babylon who introduced him to Suffolk Democratic Party leader Rich Schaffer, who got him a job as assistant deputy county executive in the administration of Steve Bellone. Sini was being eyed for the DA job should Spota leave. Schaffer and Bellone then decided Sini should undertake what became an unsuccessful run for the county legislature, to get his name in the public sphere and acquire some campaign skills.

When Bellone could no longer ignore the sins of James Burke, his chief of police who is serving a federal sentence of 46 months after his conviction on civil rights and obstruction of justice crimes, the way was cleared for Sini’s next stepping-stone: police commissioner.

So the question is whether someone with his intense ambition, lacking his own constituency and beholden to the powers who once saw him as a moldable innocent, can become a fiercely independent district attorney. Does Sini have the motivation, skills and savvy to remove the rot of corruption in the county?

Well, he must. There is no alternative.

Ray Perini, 70, a defense attorney who had a long career as a prosecutor, including chief of the Suffolk DA’s narcotics bureau, is running on the Republican and Reform party lines. He certainly knows how the system works — and that is the problem. He’s worked it for too long.

Perini defends his decision to charter the boat of prosecutor John Scott Prudenti, a top Spota deputy, saying district attorneys and judges and others from the courthouse all came to the annual parties he held there. Prudenti’s behavior is ethical scurvy and a clear conflict of interest, but Perini doesn’t see it. He’s been a player in this system for too long to give the office the dramatic shake-up it needs.

Perini says he would better train young prosecutors to avoid the missteps that sabotage prosecution, such as failing to follow legal guidelines about turning over evidence. And, like Sini, he would set up an outside panel of legal specialists to review challenges to prosecutions brought under Spota’s regime.

Sini pledges a nonpolitical office, and he has to make clear this means no political activity, period. He says he will require his deputies and bureau chiefs to file detailed financial disclosures to avoid the conflicts of interest that have plagued Spota’s team. But first he must fire all of Spota’s top managers with no exceptions. None.

Sini knows he must recruit the most experienced leadership team from other federal and state offices to assist him in managing and directing the office, and to better convince a cadre of younger attorneys with diverse backgrounds that bright careers can be found in Hauppauge and Riverhead.

Key to Sini’s success will be to dramatically reduce the number of detective investigators in his office and then replace most of them. This was Burke’s palace guard, a rogue police force, and the disgraced cop will continue, from prison, to use his connections to them to control the office. Instead, Sini must find some exceptional retired FBI agents and let them investigate. Sini pledges that no police officer will be above the law, but cleaning out Burke’s buddies is the only way to send that message.

Sini has some admirable goals and some that are just common sense, like having modern case-tracking methods for speedy justice and evaluating staff performance.

He wants to target high-level drug dealers and gang leaders, working to fully restore partnerships with federal and state law enforcement agencies, relationships that Burke and Spota blew up.

On the big-picture front, Sini wants to seek a state constitutional amendment to limit the district attorney to three terms, a total of 12 years in office. And if that doesn’t happen, he pledges not to stay on the job longer than that.

How Sini got to where he is now is complicated. His candidacy was advanced by Bellone and pushed on Schaffer, who had sought other candidates. The minor parties endorsed Sini to complete other deals with Schaffer, but they don’t really trust Sini.

Sini could turn out to be the smartest and shrewdest person in this saga if he realizes that the only chit he owes is to the people of Suffolk County. And all they want is a competent and honest district attorney.

Filler: Our eldercare system is broken
Young: How to teach kids social justice?
Dobie: The shows will go on
Janison: Party wars and the enemies within
O'Reilly: The GOP reckoning with Liz Cheney
Filler: Tempering addiction with humor
Didn’t find what you were looking for?