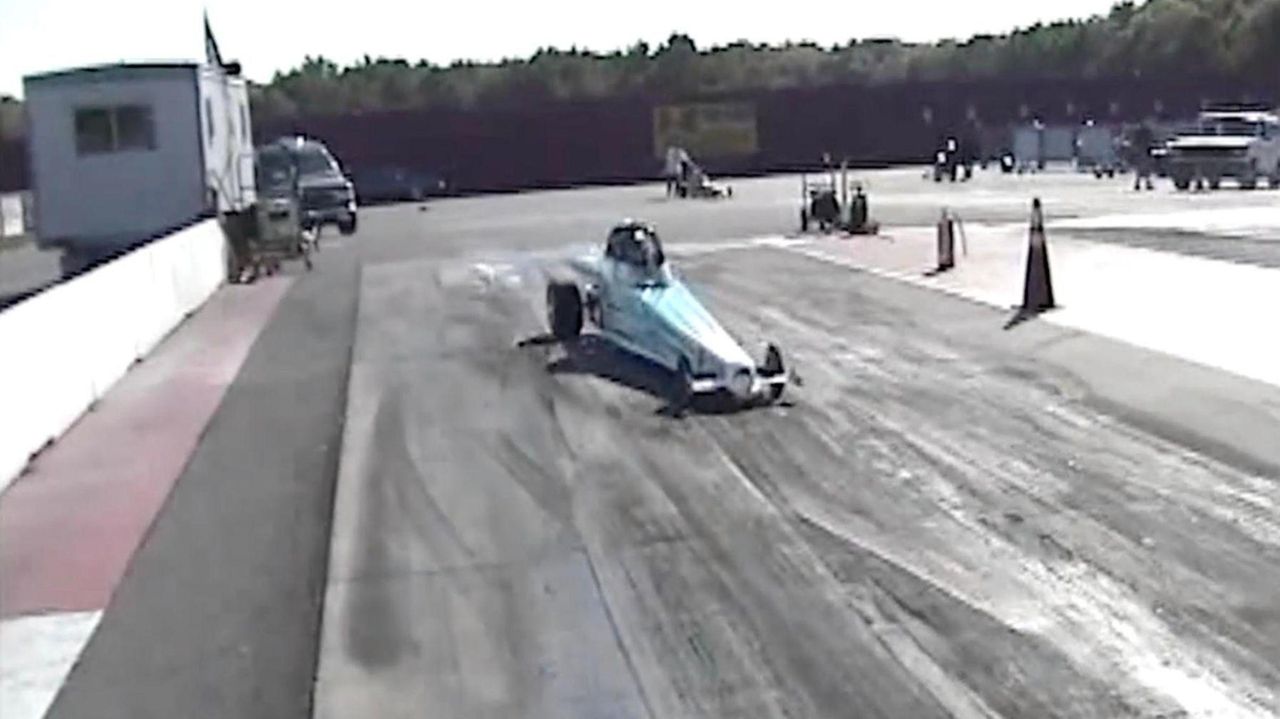 Having grown up on Long Island in the ’50s and ’60s with a father always working on cars, and after reading hot rod magazines, building car models and watching ABC’s “Wide World of Sports,” I became a big fan of drag racing. The sport had tremendous growth and popularity here, with plenty of places to race or just spectate.

My first in-person experience occurred at age 13, when my father took me in 1966 to the opening of New York National Speedway in Center Moriches. The packed parking lot delayed our return home for hours, almost dark, and Mom was not amused. The next month, Dad started dropping me off for special events, about six hours each. I saw all the stars of the day.

That same year, I started hawking programs, $2 calendars, T-shirts and other souvenirs there. One Friday night, Newsday drove about 15 contest-winning newspaper carriers, including me, to a special racing event there.

The ’60s and ’70s were the sport’s “golden years.” In 1968, my hero, “Big Daddy” Don Garlits, was in town. I love recalling how, at age 15, I asked his wife for them to come to dinner at our house, and they accepted! We were late getting home (again), but Mom delayed cooking the spaghetti and sauce, which Garlits loved. After driving home on Sunrise Highway, he said he was surprised Long Islanders drove so fast — this from a man who drove more than 200 mph.

Dabbling in photography, I often received press passes so I could shoot from the starting line at various tracks. After college, a middle-school teaching career in Suffolk County, and having two kids, I remained a fan and still attended national events, but Islip Speedway and New York National closed because selling suburban land was more profitable than racetracks. Only Westhampton’s track remained.

The National Hot Rod Association started a national program in the ’90s, called Junior Dragsters, where kids could race half-scale, slightly souped-up, one-cylinder, lawn-mower-powered dragsters. When my kids were old enough to race, it was off to Westhampton. I could be crew chief! My son, Ian, drove first, and my daughter, Ali, next, using the same car. Just the car’s competition number changed. The joke was that the race car, “Split Second,” was our third child. The kids raced only half the track, an eighth of a mile, competing against teammates and others from all over the country. We traveled to events in three others states and, of course, still came home late, this time to a different waiting mom. The kids raced for six years until they turned 18, went to college, and Westhampton closed in 2004. It was the last drag strip track on Long Island.

But I wasn’t done. In 2014, I did a little racing with my 1996 SS Impala, “The Black Pearl,” at Raceway Park in New Jersey. The closest drag track to Long Island, it has since closed. I also competed on some short 100-foot drag events on circle tracks in Riverhead — I even won my first time out — and in Connecticut. Those events have also ended.

Sadly, the Long Island tracks are all gone now, and building one here seems impossible, but the memories remain.

O'Reilly: Educate kids about perils of fentanyl
Dobie: As the clock ticks on toward doomsday
Janison: NY's 2020 hindsight never ends
Filler: School fight is over the nation's soul
Young: Tough debate over teaching racial issues
Marshall: The hate that always walks among us
Didn’t find what you were looking for?