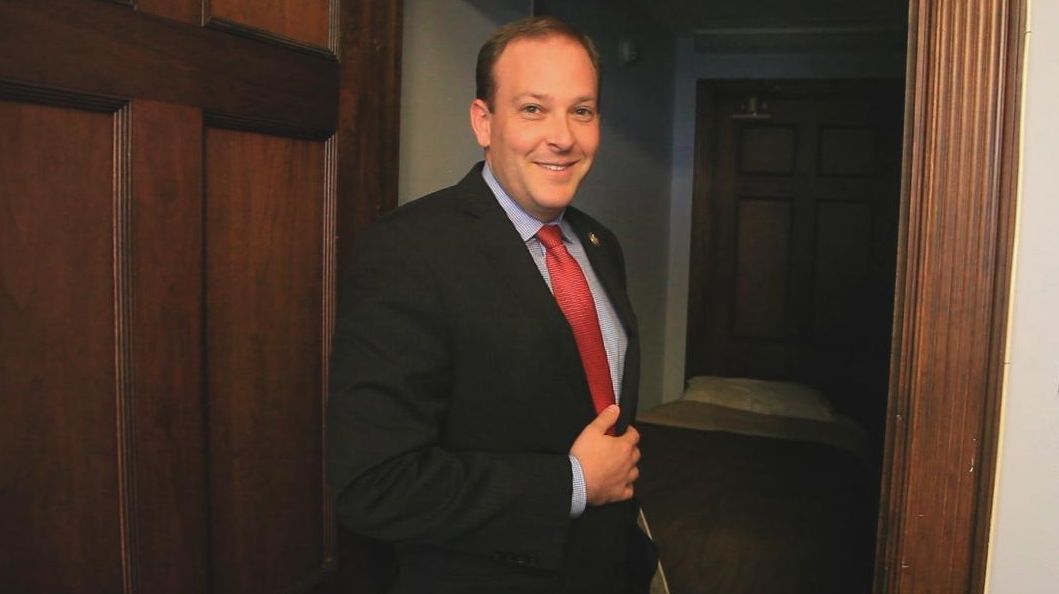 Rep. Lee Zeldin gives The Point a tour of his office-bedroom in the Longworth House Office Building on April 14, 2016. Thirty members of the Congressional Black Caucus recently sent a letter to the House Ethics Committee complaining about members of congress who sleep in their offices. Credit: Sam Guzik / Newsday

This was featured in The Point, the editorial board's daily newsletter for insiders. To subscribe, click here.

That’s how 30 members of the Congressional Black Caucus described the behavior of members of Congress who sleep in their offices in a letter to the House Ethics Committee last December and leaked to Politico on Tuesday.

“The actions of these Members raise several obvious and potential violations that reflect negatively upon the decorum and credibility of the House as a body and as an institution,” stated the letter, whose signatories include Gregory Meeks, who represents Long Island and Queens in the 5th CD.

Politico estimates that 40 to 100 members dorm in their offices. That includes men and women from both parties, most notably House Speaker Paul Ryan.

CD1’s Lee Zeldin is the only member of Long Island’s delegation to sleep in his office.

Zeldin gave us a tour of his office-bedroom in the Longworth House Office Building in 2016.

At first glance, the space is unremarkable: There is an anteroom with a waiting area and sizable work space; suites in the Longworth building have more room for staff and constituent services, but smaller member offices. Zeldin’s personal office is about the size of a large bedroom. It has a desk, a small couch and is lined with wooden bookcases featuring memorabilia from Long Island and Zeldin’s career. In a narrow closet adjoining the office, Zeldin has a cot, clothes rack, bathroom and refrigerator. “It’s a good setup,” Zeldin said as he gave us a tour.

Zeldin sees staying on Capitol Hill as a way to maximize his efficiency in Washington. “He goes to Washington entirely focused on and committed to representing his great constituents,” said Katie Vincentz, Zeldin’s communications director. “When he’s there, literally from the very moment he wakes up to the very moment he falls asleep, his only priority during those long hours is working and being a stalwart advocate of his constituents.”

Zeldin seems to enjoy his setup. If he ever needs extra campaign cash, he could roll out an extra mattress and do a nice side business as an Airbnb host.