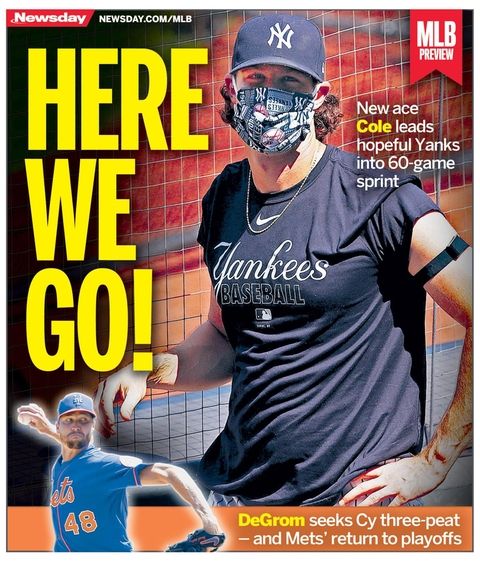 Time to dust off some favorite words we’ve hung on to for more than four months: “Play Ball ... Now Pitching ... Batter Up.’’ To baseball fans everywhere, these words magically call out, greeting us like an old friend.

Within these stories in our 2020 MLB Preview section, you’ll see some familiar faces, new faces, old faces in new places, familiar story lines and a satchel of questions that have been on the back burner since COVID-19 shut down the game on March 12.

In New York, our appetite for playoff baseball has been whetted by a potent Yankees team that boasts ace pitcher Gerrit Cole. For the Mets, Jacob deGrom generates a punch on the mound equal to the punch from super-slugger Pete Alonso. They’re planning on having playoff games at Citi Field after the 60-game regular-season sprint to the postseason.

And in the 12th chapter of our annual Baseball 101 seminar, entitled “New York, New York,” we give you a glimpse at some storied names — and some not so storied — who have ties to more than one Big Apple team. -- DAVE WHITEHORN