TAMPA, Fla. — Is Marcus Stroman looking forward to having fans at Citi Field when the Mets open their home season against Miami on April 8?

You better believe it, the Medford native said on Thursday.

"That’s something every single guy in this clubhouse is looking forward to," Stroman said from Port St. Lucie after it was announced by Gov. Andrew M. Cuomo that the Mets and Yankees will be permitted to have 20 percent capacity in their ballparks when the 2021 season opens.

"We want the fans there as much as possible," Stroman said. "Obviously, we know protocols and everything going on in the world, that’s first and foremost, as far as safety and health." 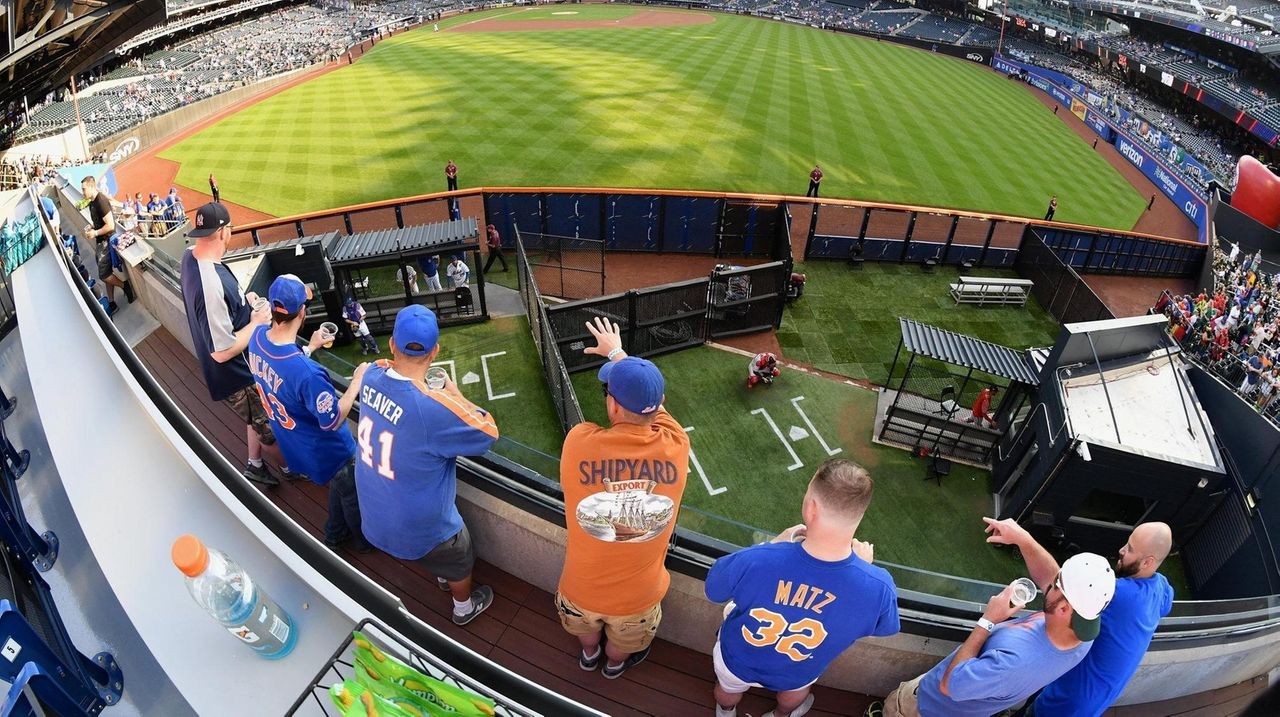 The Mets open the season on April 1 in Washington, where 5,000 fans will be allowed into Nationals Park, before going to Philadelphia, where 8,800 fans will be permitted to attend.

The Mets will open their home schedule on April 8 and can let 8,492 fans into Citi Field, according to the club.

Stroman pitched against the Nationals on Thursday in front of 1,390 fans at the Mets’ spring training home, Clover Park.

A sold-out, 20-percent capacity Citi Field will allow players to hear from fans in a way they couldn’t during the fanless, 60-game 2020 season.

"We need that," said Stroman, who chose not to pitch in 2020. "That New York tenacity, that New York crowd brings a different vibe to the ballpark."

Said Mets manager Luis Rojas: "To be able to experience the fans in the stands and the support, everything for the game, enjoying the game, it’s just exciting. We can’t wait for those days to get here. I know we’re going to start on the road, but once we get home and we have that 20 percent, that’s just going to be outstanding, just to hear the support live again. That’s something that we’ve missed very, very much. It’s going to mean a lot to everybody."

The Yankees are scheduled to open the season at Yankee Stadium on April 1 vs. Toronto and will be allowed to let in 10,850 fans, Cuomo said.

The Yankees were off on Thursday, but managing general partner Hal Steinbrenner released a statement that said: "The entire Yankees organization — and especially our players on the field — feed off the energy that our loyal and dedicated fans bring to Yankee Stadium. Our fans have made our home a preeminent worldwide attraction, and their excitement is the catalyst for the championship goals we set every season. We are thrilled to be able to have them back in 2021 and promise them the highest standards for health and safety this season and beyond . . . We are fully committed to providing a world-class experience at Yankee Stadium in every respect."

The Yankees announced they will offer tickets for their first 11 home games to season ticket holders first and will announce a date for any remaining seats to those games to the public at a later date.

The Mets announced that tickets to their 12 April home games will be sold in pods of one to six seats. The Mets said they will contact season ticket holders by e-mail next week with details about "seat relocation" because of social distancing rules and will release information about sales to the public "shortly" on their web site.

Fans wishing to enter either stadium will be required to show proof of a recent negative COVID-19 test or proof of vaccination. Mask and social distancing rules will be in effect.

The Yankees, in their statement, said: "Subject to improving public health conditions, the Yankees are hopeful to be able to expand capacity . . . in early May 2021."

Tickets: Tickets will be sold in pod format in clusters ranging from 1 to 6 seats. Refer to mets.com/2021updates so your purchase be impacted by capacity changes or canceled games. Season ticket holders will get priority, as will those who have tickets to an impacted game. All tickets will be delivered via mobile on the MLB Ballpark app. Print-at-home and paper tickets will no longer be made available. Tickets are on sale at mets.com.

Testing: Fans will have to show proof of full vaccination or a recent negative test result, either a PCR test or antigen test.

Inside Citi Field: Pods will be separated by at least six feet. Social distancing markers throughout the stadium will be readily visible at gaets, concession stands and restrooms. Face coverings must be worn at all times by fans ages 2 and older, except when eating or drinking at their seats. All high-touch areas will be frequently cleaned and disinfected during games. Citi Field will be sanitized after the conclusion of each home game. Hand sanitizer stations will be available throughout the ballpark for guest and staff use. All transactions at Citi Field will be cashless. Credit/debit cards, mobile payment methods (Apple Pay and Google Pay), and Mets Gift Cards. Reverse ATMs will be available both inside and outside of the ballpark for fans to convert cash to a prepaid debit card. Fans also can order food and drinks via the MLB Ballpark App for pickup at designated locations.

Tickets: Tickets will made available first to season ticket holders, then to the general public. Details for on-sale dates at yankees.com. Currently, tickets will be available for home games from April 1 through April 21 and can be purchased in ticket pods only.

Testing: Fans will have to show proof of full vaccination or a recent negative test result, either a PCR test or antigen test.

Protocols: There will be temperature checks on game day at all entry points to Yankee Stadium. More details to come.