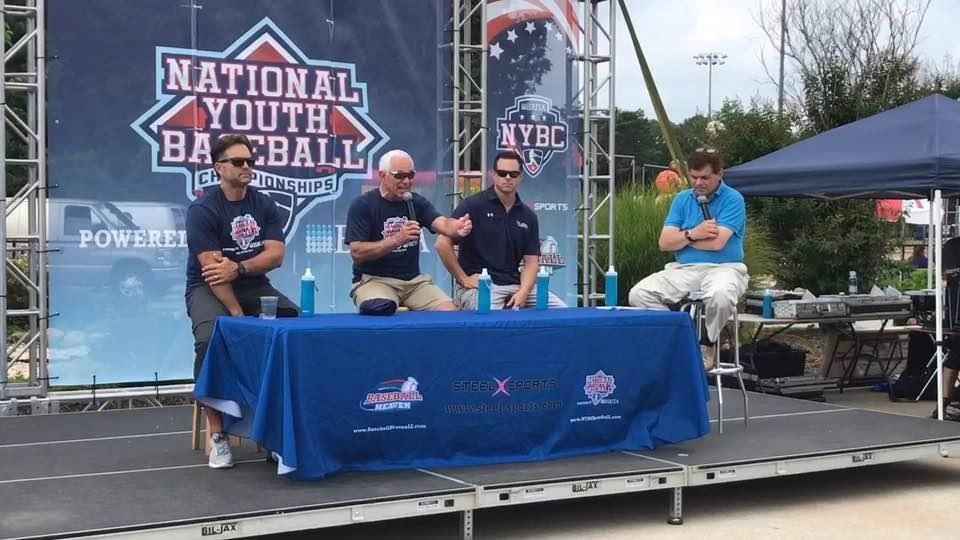 Frank Catalanotto knows that the younger baseball players suiting up at Baseball Heaven in Yaphank are mostly unaware of his accomplishments in Major League Baseball.

Catalanotto, a Smithtown native and the lead hitting instructor at Baseball Heaven’s indoor facility, knows that his career .291/.357/.445 slash line over a 14-year career that ended in 2010 aren’t familiar to most of the players he teaches.

But that didn’t stop him from sharing his experiences on Friday with former Mets manager Bobby Valentine and 1992 National League Rookie of the Year Eric Karros during an MLB roundtable moderated by WFAN’s Ed Randall.

The National Youth Baseball Championships Festival Day at Baseball Heaven was a celebration of the game’s history as well as its future trajectory.

“I just like walking around the event, talking to some kids and some parents, watching the games,” Catalanotto said. “I love being around youth sports, especially baseball. I’m here two, three nights a week giving hitting lessons, but during this tournament, if I can give any pointers to kids, I definitely go ahead and do that.”

Aside from helpful hitting advice, Catalanotto, Karros and Valentine shared their own MLB experiences and offered tips on how to succeed in a sport in which even the world’s best fail seven times out of 10.

“You have to find the times in the game when it’s fun,” Valentine said to the crowd featuring players, parents and spectators. “We have to define what we’re looking for in success when we play this game and live our lives.”

Karros emphasized the importance of being able to “put [failure] behind you and move on.” Catalanotto, speaking privately before the event, addressed the pressures put on young athletes by parents who want scouts to hand out college scholarships.

Work ethic was a lengthy topic of discussion fueled by the ongoing debate today of players flipping bats and staring down pitchers instead of putting their heads down and rounding the bases on home runs.

It’s a matter of preference, but the message from the trio was the same. They agreed that there’s fun to be had on the diamond as long as it doesn’t show up or insult the opposition.

That, in Karros’ opinion, leads to one of the most important lessons a young athlete can learn.

“Are we really going to get to the Major Leagues?” Karros asked the crowd. “[Baseball] is the environment to teach them about life.”