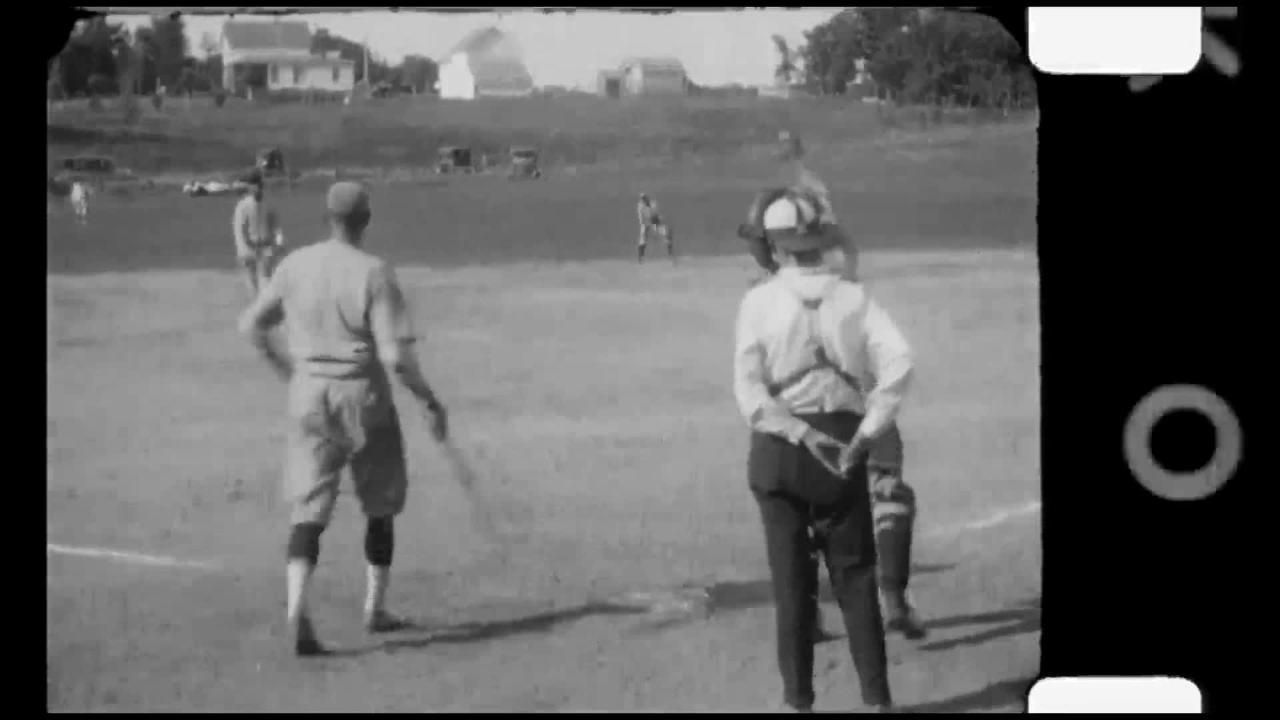 Who was John Wesley Donaldson and why is there a network of 500 baseball researchers bent on getting him a plaque in the Baseball Hall of Fame?

According to the website baseball-reference.com, Donaldson pitched in the Negro Leagues from 1916-21 and compiled a 23-20 record. The website acknowledges that his career numbers are incomplete.

In reality, Donaldson — who played for the Brooklyn Royal Giants in 1918 — won more than 400 games in a barnstorming career that began before the Negro Leagues were created. Like Negro Leagues legend Satchel Paige, Donaldson was still pitching — and winning — well beyond what modern-day players call their prime. Unlike Paige, Donaldson has yet to be enshrined in Cooperstown.

“John Donaldson . . . showed Satchel the way, and the fact is, there are many people who saw them both who say John Donaldson was just as good as Satchel,” Negro Leagues icon Buck O’Neil wrote of Donaldson in his 1996 autobiography “I Was Right on Time.”

The 500-member-strong Donaldson Network is a grass-roots group of researchers who hope to uncover every victory and strikeout by Donaldson, a founding member of the famed Kansas City Monarchs in 1920. His career spanned from 1908-40. Research by the network has discovered more than 400 victories, more than 5,000 strikeouts and 14 no-hitters by Donaldson.

Here’s the way Donaldson is described on the Negro Leagues Hall of Fame website: “His beautiful drop and wide assortment of curves, combined with a good fastball and change up, made him one of the best lefthanders in the history of black baseball.”

Donaldson, who played the outfield when he wasn’t pitching, also was handy with a bat. Baseball-reference lists his career batting average at .289.

Donaldson started his career in 1908 at 17 with the Hannaca Blues in Glasgow, Missouri, his first stop on what Donaldson expert Peter Gorton said was a career that spanned 550 cities and towns across the country, including Brooklyn and Queens. He later played for the Tennessee Rats, a traveling baseball and minstrel show. Donaldson also went to George R. Smith College, a historically black school in Sedalia, Missouri.

Donaldson’s playing career ended seven years before Jackie Robinson broke Major League Baseball’s color barrier in 1947, but he did make it into organized baseball as a scout for the Chicago White Sox. He died in 1970 at 79.

In 2006, before most of his career numbers were uncovered, Donaldson was on the ballot — along with O’Neil, Minnie Minoso and others — of Cooperstown’s Special Committee on the Negro Leagues Elections. The final vote was not disclosed, but Donaldson, Minoso and O’Neil were not among the 17 elected. Donaldson will come up for another vote in 2020 under the Early Baseball Committee, which will consider candidates of all ethnicities who played between 1871-1949.

John Wesley Donaldson was proud of his heritage — so proud that he refused to sneak into the majors by posing as something he was not.

“I am not ashamed of my color,’’ he told Michigan’s Ironwood Daily Globe in 1932. “I am light enough so that baseball men told me before I became known that I could be passed off as a Cuban. One prominent baseball man, in fact, offered me a nice sum [$10,000 in 1917] if I would go to Cuba, change my name and let him take me into this country as a Cuban.”

Donaldson, who made a point of saying, “I love my mother,” would have had to renounce his family and his ancestry to skirt Major League Baseball’s unwritten rule that prohibited blacks from joining its clubs.

“One of the agreements was that I was never again to visit my mother or to have anything to do with colored people,” Donaldson said. “I refused.”

Gorton, a 48-year-old speech consultant who grew up near Bertha, Minnesota — a tiny town where Donaldson once played — started The Donaldson Network in 2000.

He said the committee was working with statistics of “between 250 and 300 wins; verified strikeouts were probably around 2,000. Those are numbers that were printed in the newspaper and were very accurate. They were checked and double-checked by lots of people. Paige said he struck out 10,000 guys and Josh Gibson said he hit 600 home runs. All these Negro League legendary statistical things weren’t going to apply to John Donaldson.’’ Gorton said his stats come from 5,800 newspaper clippings.

He knows that getting Donaldson into Cooperstown won’t be easy, but the research into his numbers could help.

“The Baseball Hall of Fame, you can’t go to the front steps of the museum with a bullhorn,’’ Gorton said in January. “He deserves another look. We just want to tell the story. How do you survive those tumultuous times that he did? Before the league starts, when the league is going on, when the league is over, post-integration as a scout for the Chicago White Sox, he has the whole story of Negro League Baseball . . . He’s a shining star for what black baseball is all about.’’

Larry Lester, co-founder of the Negro Leagues Museum in Kansas City, Missouri, was a voting member of the Hall of Fame committee in 2006. “At the time, we did not have as much statistical information as we have today,’’ Lester said from Kansas City. “That may have changed some votes to the positive for Mr. Donaldson. At the time, we had to go with what we knew.”

Lester would not reveal how he voted then but said his vote now would be a “yea.”

Raymond Doswell, vice president of curatorial services at the museum, said he voted for Donaldson.

“From what historians have said and from what I’ve studied, he was a person that was kind of in between the beginnings of black involvement in baseball and the Negro League,’’ Doswell said. “He was somewhat transcendent in that he was so successful traveling the country. He used to play with highly-sought-after athletes from many teams.

“A lot of emphasis was placed on Donaldson during the league play,’’ Doswell continued. “He had a lot of advocates in the room, but if anything, I think it may have come down to folks maybe not valuing the barnstorming numbers. I voted for him. It might be possible that others would be persuaded otherwise with this new research. It adds prolific data to support his candidacy. No one was arguing that he wasn’t worthy of consideration.”

Donaldson was close to 30 when official Negro Leagues Baseball started. “If you look at the 404 known wins and 5,034 strikeouts, a microscopic percentage’’ of that was compiled in the Negro Leagues, Gorton said. “John Donaldson was the king of barnstorming.”

John Wesley Donaldson on being taunted because of his race:

“I am clean morally and physically. I go to my church and contribute my share,” he told the Ironwood Daily Globe in 1932. “I keep my body and mind clean. And yet when I go out there to play baseball, it is not unusual to hear some fan cry out: ‘Hit the dirty [racial epithet].’ That hurts. For I have no recourse. I am getting paid, I suppose, to take that. But why should fans become personal? If I act the part of a gentleman, am I not entitled to a little respect?”

Donaldson’s talents did not go unnoticed by mainstream baseball. John McGraw, the Hall of Fame New York Giants manager, reportedly called him the “greatest I have ever seen’’ but followed that praise with a comment that showed the ugliness of the day’s racial intolerance: “If I could dunk him in calamine lotion,” he said, “I’d sign him.’’

Former MLB commissioner Fay Vincent, now 79, was the non-voting chairman of the Hall of Fame committee in 2006. “I was the first and only commissioner up to my time to apologize to those Negro League players for what baseball did to them,’’ Vincent said in January. “But it wasn’t baseball’s unique crime; it was a crime that everybody committed.’’

Donaldson spent the last years of his life in Chicago, where he was a shipping clerk for the post office, said Frank Castleman, 83, who was married to Donaldson’s niece, Jacqueline, until her death six years ago.

Gorton said his research indicated that Donaldson suffered a stroke and had medical bills at the end of his life.

“He lived large, he died without,’’ said Castleman, who said he still has a portrait of Donaldson in his stairwell. “He had a Rolls-Royce, he had everything at one time. He was supposed to be Satchel Paige before there was a Satchel Paige.’’