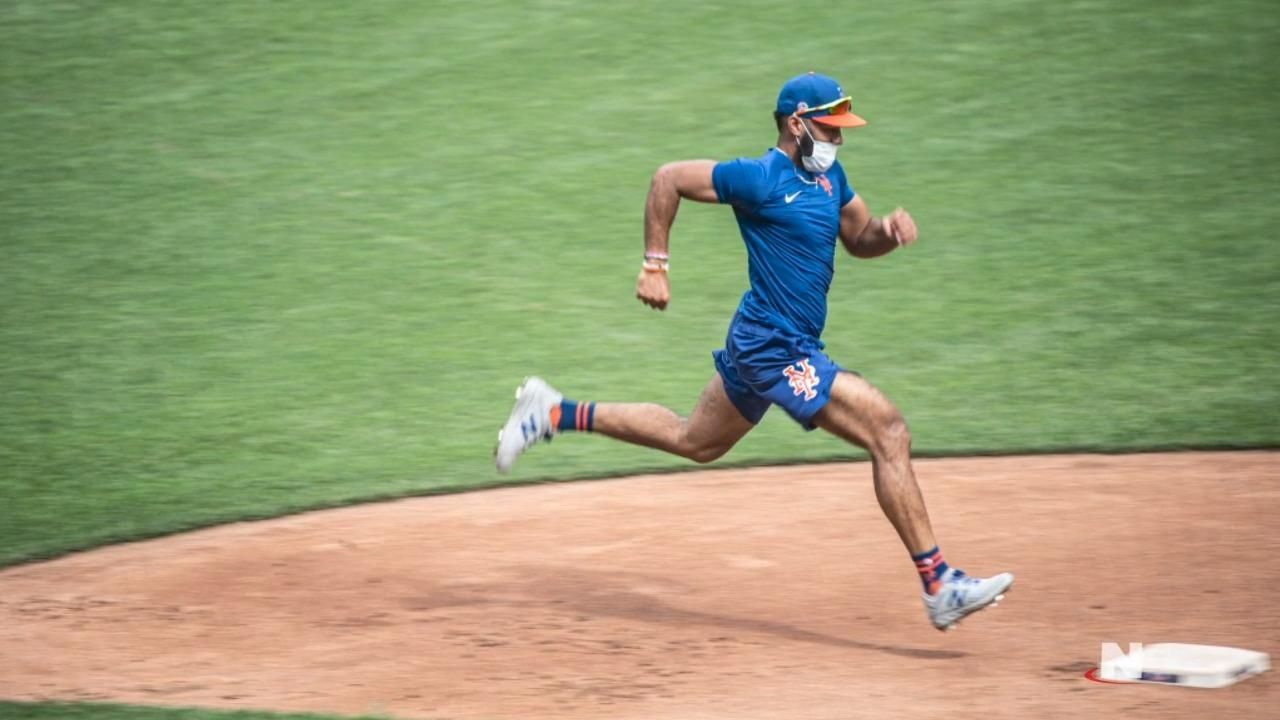 For two days last week at the beginning of the Mets’ restarted preseason camp, Amed Rosario was absent. The Mets declined to say why, in keeping with a new organizational policy not to comment on those who aren’t around, obfuscating any potential coronavirus-related problems.

Even now that he is back, working out Wednesday morning at Citi Field for the fourth day in a row, seemingly playing catch-up on his position-player peers, Rosario did not offer any insight into why he missed the first days.

“That was just a team decision,” the shortstop said through an interpreter. “They told me to report on Sunday.”

Didn’t he ask why?

So it goes. Whatever the reason for his delayed arrival, Rosario still has not regularly joined Pete Alonso, Jeff McNeil, Michael Conforto, Brandon Nimmo and others — his fellow starters — in daily workouts.

Instead, on Wednesday for example, he spent time with Yoenis Cespedes — who still is rehabbing his legs after a broken ankle last year and heel surgeries in 2018 — hitting and taking ground balls in a briefer morning session. Other position players participated in a simulated game in the afternoon. Another day, Rosario and Cespedes did sprints on their own while others ran the bases.

In Rosario’s first couple of days back with the team, he wore a mask on the field, which is optional and rare among Mets players, and a high-tech vest from a company called Catapult.

The vest, which is designed specifically for baseball players, monitors a player’s workload. Among its uses, according to Catapult’s website: rehab management/supporting an individual’s return to play and lessening injury risk, both through measuring that person’s physical effort.

Manager Luis Rojas said Rosario has been his regular self.

“He’s jumping around everywhere, dancing, yelling to the other players,” Rojas said. “He brings great energy to the rest of the guys. It’s just a fun guy to have around all the time.

“He’s always doing fun stuff, just having fun. It’s like a playground for him. It’s great to have him around. Obviously, he looks great. We’ll keep working to get him to that game shape that we want to get him.”

While baseball was shut down, Rosario lived in Tampa with his brother-in-law, Tigers shortstop prospect Willi Castro. Rosario said he has known Castro, who is married to one of Rosario’s sisters, since 2012 and he “really is like a brother to me.”

Like everyone else, it is taking time for Rosario to adjust to the new health and safety protocols agreed upon by MLB and the players’ union. The hardest one for him: Spitting, usually ubiquitous in baseball, is banned.

“It’s been pretty uncomfortable in the sense of just being so distant from the players,” Rosario said. “And not being able to spit is something that I’d been used to for my whole career and now that we can’t do it, it’s been uncomfortable.