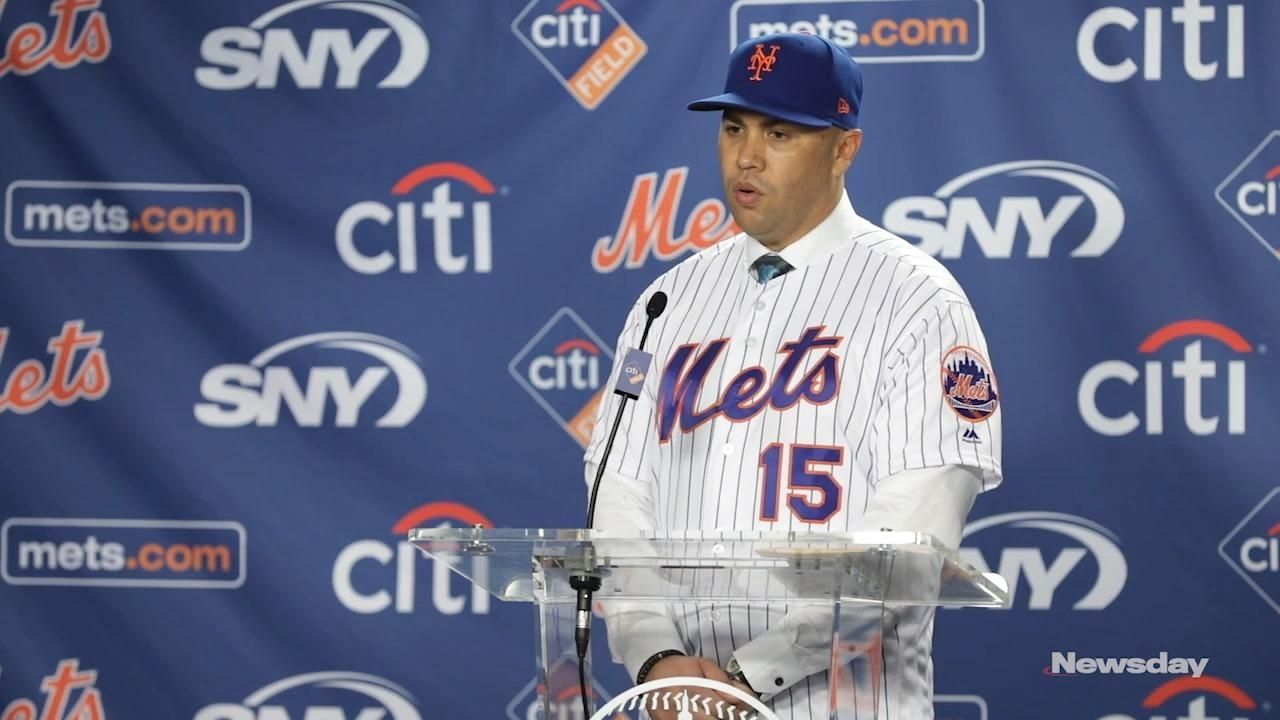 Near the outset of the Mets’ search for a manager, as Brodie Van Wagenen screened his own extensive list of candidates by conducting his own preliminary phone interviews, one of those conversations was with Carlos Beltran.

They hit it off. Van Wagenen, 45, a neophyte general manager, saw parts of himself in Beltran, 42, a 20-year major-leaguer who never has coached or managed at any level but badly wanted this job with the Mets, for whom he starred from 2005-11.

Both excelled in their previous careers in their shared sport, Van Wagenen as an agent to some of the best players in the world and Beltran as a nine-time All-Star who made more than $220 million. Neither needed to shift into his respective second act. Both wanted to.

That initial chat on the phone lasted about a half-hour, Beltran said. It led to five actual interviews for Beltran, then the Mets offering him the job over at least 10 others who interviewed in person, then Van Wagenen introducing the Mets’ new manager in a news conference Monday at Citi Field.

“Carlos didn’t need a job,” Van Wagenen said. “Carlos didn’t want a job. He wanted this job. And that was powerful in this process.”

Van Wagenen outlined five characteristics that made Beltran stand out during the monthlong search: his poise, his trustworthiness, his growth mindset, his commitment to beating his opponent and his appreciation for and understanding of players.

In Beltran, Van Wagenen believes he has found a chief dugout collaborator — someone the GM said will have “instant credibility” and “instant relatability” in the clubhouse, someone who refers to analytics as “information” to make it less scary for players, someone who understands the role the front office wants to have in daily decisions.

“Your GM has to be your best friend. Literally,” Beltran said. “The way it [lineups and other decisions] has been presented to me is going to be collaboration. They’re going to give me all this information, they’re going to make me make the decisions, which I appreciate. And at the same time, as a manager, I understand I want to make them a part of everything. Because at the end of the day, it’s not a one-man job. It’s a group of people doing great work to hopefully put the team in the best position possible.”

In Van Wagenen, Beltran believes he has found a boss whose vision he can buy into.

“He wants to create a great environment for the players, he wants to reward the players — things that I’ve never heard from GMs,” said Beltran, who also is reunited with assistant GM Allard Baird and special assistant to the GM Omar Minaya, his general managers with the Royals and Mets, respectively. “So when I heard that, I’m like, man, this could be a good opportunity for me to hopefully get the job.”

Added Van Wagenen, seemingly describing his ideal managerial twin: “Carlos’ hiring is a signal and an affirmation that is clear and loud to this organization’s core tenets of being a players-first organization. We’re players-first here. Carlos Beltran will be a players’ manager.”

And so Beltran, who will wear his old No. 15, eagerly returns to the full-time baseball grind, an unusual move for a player of his caliber. He said his desire to manage, after a year as a special adviser with the Yankees and two years removed from playing, was born of his passion for the game and a feeling of obligation to pass his knowledge forward.

Regarding his fraught history with the Wilpons — public feuding over his knee surgery before the 2010 season, Fred Wilpon in 2011 calling himself foolish for signing Beltran to what at the time was the largest contract in franchise history — Beltran said the parties didn’t clear the air during the interview process.

“It wasn’t even discussed,” Beltran said. “It’s in the past. I would not be standing here if everything wasn’t clear with the organization. I’m excited to be back.”

Beltran spoke glowingly of Terry Collins, one of his former Mets managers, and said Collins will be a mentor and sounding board as he begins this new career. Van Wagenen declined to say if Collins is a candidate to be Beltran’s bench coach, but he acknowledged that Beltran will have heavy sway in coaching staff decisions. Beltran said he needs veteran coaches.

The work already has started. Beltran, along with the front office, has begun compiling lists of candidates for his staff. He said he plans to call all of the Mets’ players shortly and even visit some of them this offseason. Van Wagenen half-joked that Beltran “has been asked to do a lot of work in his first weekend on the job.”

“I just can’t wait,” Beltran said, “to rewrite our story.”

Lennon: Beltran presents well, but now comes the hard partBeltran has experienced the highs and lows of playing in New York, which is a big plus, but it still will be a learning process. Lennon: Now it's up to Mets to give Beltran some helpIf the Mets want to make their rookie manager a winner from the jump, they need to import more talent. Beltran's Mets playing career had its ups and downsHe was one of the top three position players in franchise history, but fans will remember the called third strike that ended the 2006 NLCS.