SAN DIEGO — For all the fans Edwin Diaz might have lost last season, he recently gained a new one within the Mets organization: new manager Carlos Beltran.

Beltran spoke optimistically Tuesday of Diaz, his Puerto Rico teammate during the 2017 World Baseball Classic, noting that he expects Diaz to be better in his second year with the Mets, in part due to a personalized health regimen the organization assigned him.

General manager Brodie Van Wagenen has said that a big part of the Mets’ 2020 bullpen plan includes Diaz and Jeurys Familia rebounding from their poor seasons. Beltran took that one step further during the winter meetings at the Manchester Grand Hyatt San Diego, saying that he expects Diaz to be the Mets’ closer.

“The way our bullpen is set up, the guy that we brought was Edwin Diaz to be closer,” Beltran said. “So there’s no doubt that last year he had a down year. This year, he’s working really hard, and he’s in great shape. So we expect him to be in that position.” 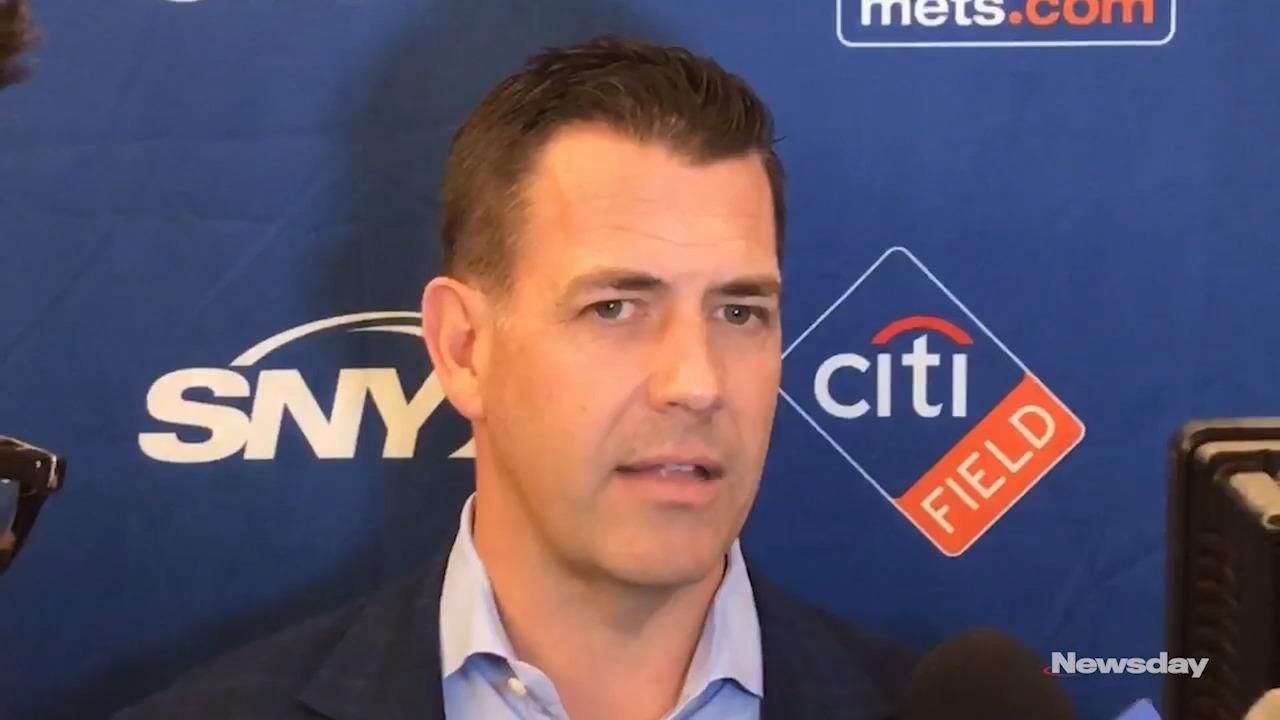 As part of their attempt to fix Diaz, the Mets sent members of their health and performance team — a nutritionist, a physical therapist, strength and conditioning coaches — to visit him in Puerto Rico early this offseason.

The result of the “home visit” was the implementation of a specialized “action plan,” Van Wagenen said. Among the others who received this treatment: Familia, who has already lost 20 pounds, according to Beltran.

For Beltran, immense expectations and a disappointing first year in New York is familiar. He endured the same in 2005, when he hit .266 with 16 homers after signing a seven-year, $119 million contract to come to Queens.

But in 2006, Beltran bounced back in a big way, hitting 41 homers on his way to a fourth-place finish in the NL MVP voting. He indicated the switch-flip was mostly mental.

“It’s a process,” Beltran said. “People a lot of times don’t understand, but when you come from a low-market team to a small-market team to a team that is in New York and you’re going to get all this attention, there’s no doubt that you want to prove yourself. And a lot of times, when things don’t go right, you put extra pressures on yourself.”

And now Diaz, who was dominant for the Mariners in 2018 before joining the Mets via trade last offseason, can have a similar experience, Beltran said.

“[Diaz] went through a process last year [that] he needed to go through,” Beltran said. “I don’t think, if he would have received all this good advice, maybe it would have helped him a little bit. But you’ve got to go through the process to understand the system and understand how things work.

“There’s no doubt that he realizes it’s a learning experience, so I believe he’s going to be ready for it this year. He’s super talented. What he did in Seattle is not a fluke.”

Beltran said he has been in touch with Diaz, who is “eager to get back and eager to prove himself.”

“That’s the right mentality that you should have,” Beltran said. “I do believe that every single year you need to show up hungry to spring training and make sure that the people see the work that you did in the offseason.”