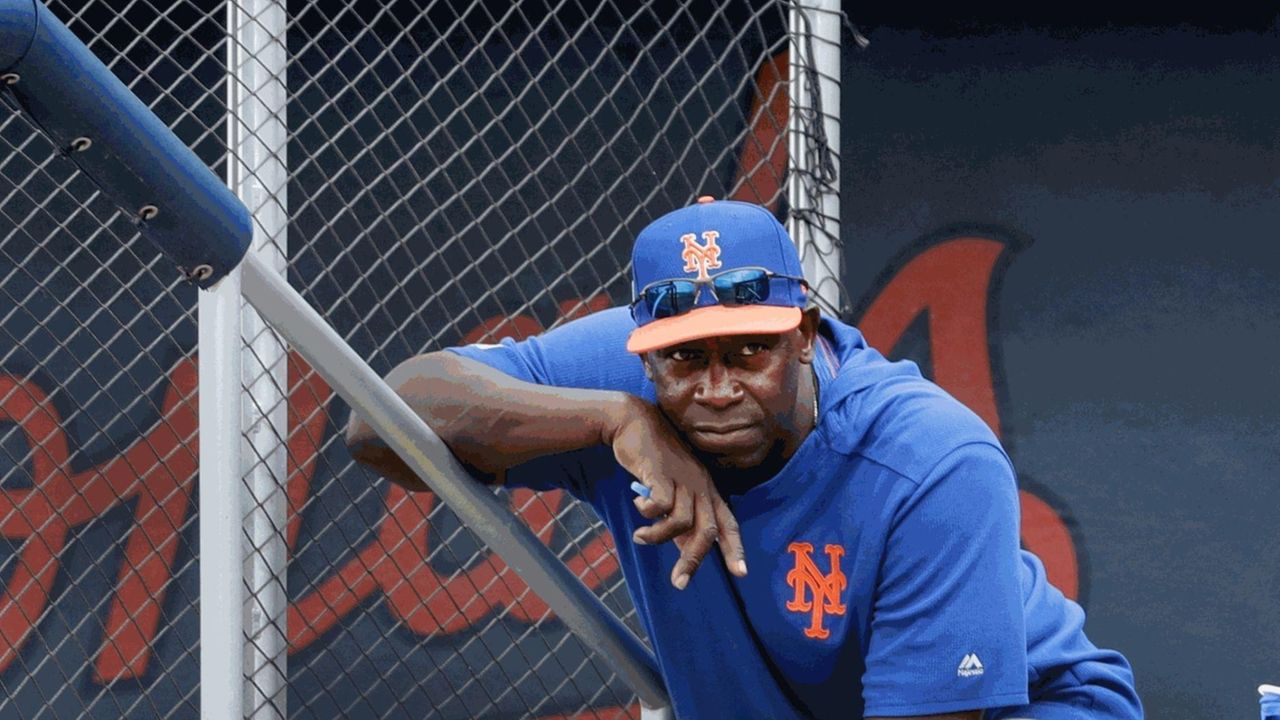 PORT ST. LUCIE, Fla. — Like so much of the rest of the country, Chili Davis worked from home last year, a measure of self-protection amid the coronavirus pandemic.

Now, partially vaccinated and with stricter protocols in place, Davis is back to working as the Mets’ hitting coach in person — and feeling safe while doing it. He already has received the first dose of a COVID-19 vaccine, with the second shot to come during camp.

"Had I come back here without being vaccinated, it would have been pretty uncomfortable," Davis said Wednesday. "It makes things more normal for me. I know it doesn’t prevent you from getting the virus, but it does help a lot knowing that it’s going to help my body fight the virus a lot better.

"I was so glad when it happened because then the decision to come back here and do what I do, and what I love to do, was a lot easier of a decision to make."

Davis did what he could from afar, with pregame Zooms and postgame calls and texts. But it wasn’t the same. His absence was frequently referenced by hitters last season. When he tried to get together with Michael Conforto in the Phoenix area during the offseason, the facility they visited had a lot of high school and youth teams present, which "created a pretty hazardous situation for me with the COVID issue," Davis said.

But now Davis is back, and everyone with the Mets is happy about it.

"That’s a good feeling to have, that players enjoy the person I am and me being around," Davis said. "It was nice to get that welcome back."

Dominic Smith was all smiles during practice Wednesday, his first day in Mets camp after missing the opening pair of full-squad workouts for unspecified reasons.

Penciled in to get most of his playing time in leftfield, Smith split time between the outfield and first base during defensive drills.

During batting practice, an opposite-field homer brought him great joy. He ended his round early and ran around near the first-base dugout, his arms out like plane wings. The fun was palpable.

"I knew exactly which field he was, let’s just say that, me being on another field," manager Luis Rojas said.

Carlos Carrasco is still absent, also for unspecified reasons. Rojas said again he expects Carrasco in camp by the end of the week.

On consecutive pitches during live batting practice, Edwin Diaz hit Pete Alonso in the midsection and knocked him down with another very inside pitch.

He settled in from there and allowed solid contact once in five at-bats against Alonso, Jeff McNeil and Jonathan Villar.

Third-base prospect Mark Vientos took some reps at first base, a position he has never played professionally.

The Mets are working in increasing his versatility, which can’t hurt, especially with another notable third-base prospect, Brett Baty, also in major-league camp.

After Noah Syndergaard’s most recent bullpen session Wednesday, Rojas called him "a monster." But the Mets aren’t ready to have him face live hitters yet . . . J.D. Davis on the Mets’ lineup: "Pretty scary.". . . Atlanta claimed outfielder Guillermo Heredia off waivers from the Mets, who designated him for assignment on Sunday (to clear a roster spot for Kevin Pillar) . . . Chili Davis had strong words of praise for Conforto and the improvements he has made the past two years. "Conforto has gotten to the point right now where he’s capable of coaching himself," he said, "with us in the background helping him."