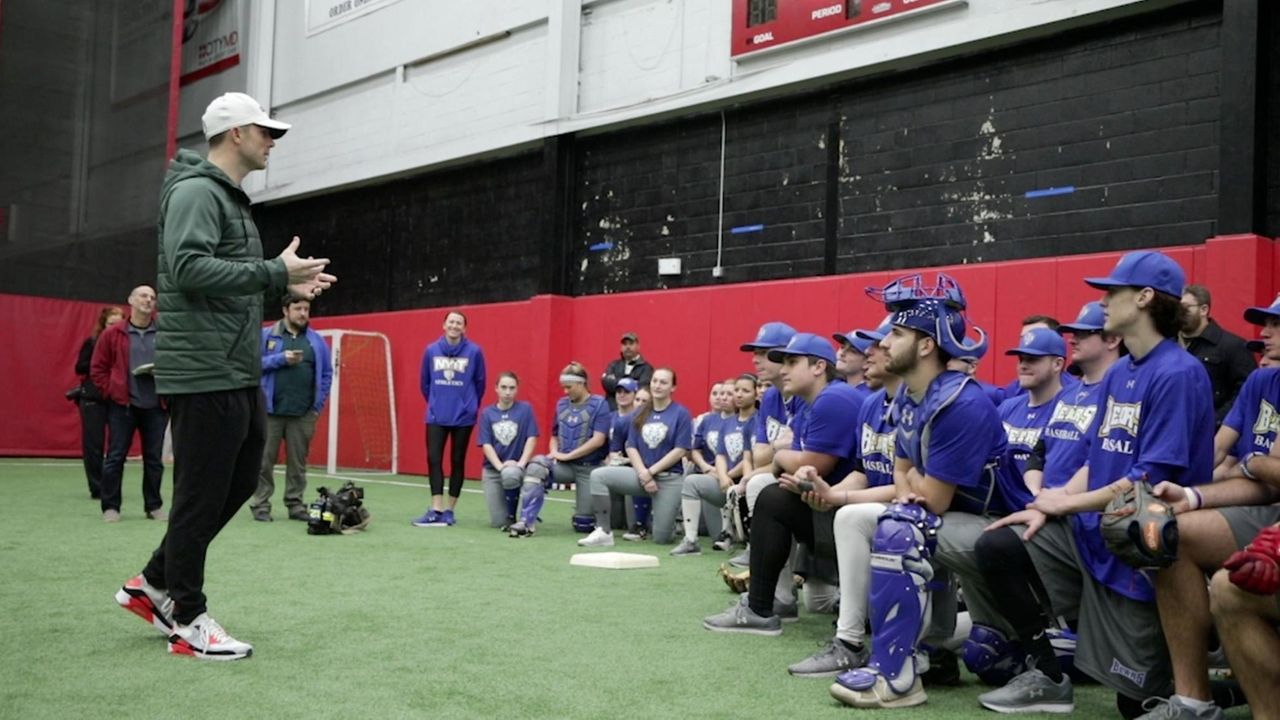 David Wright is still trying to figure out the parameters of what on Friday he called his “part-time role” as a special adviser to Mets chief operating officer Jeff Wilpon and general manager Brodie Van Wagenen.

Wright, at a surprise appearance to address the New York Institute of Technology baseball and softball teams at Long Island Sports Hub in Syosset, said he has offered advice on player acquisitions to Van Wagenen when the new GM has sought it.

“Brodie from day one has been very accepting of picking up the phone and giving me a call and asking for my advice on certain things,” Wright said. “Now I certainly don’t expect him to use that advice all the time, but it’s nice of him to pick up the phone and call a player and kind of get a player’s perspective on things. I think I can bring something to the table in that regard.”

Wright said Van Wagenen did not ask him if he thinks the Mets should make a run at free agents Manny Machado and/or Bryce Harper. That seems to be in the news lately, that the Mets aren’t planning to pursue either megastar.

Wright was named a special adviser Jan. 7 when the Mets officially released him from the player roster. He ended his big-league career in a memorable final game at Citi Field on Sept. 29 after a long struggle with back and neck injuries, a struggle that continues to this day. Wright said he still has to rehab the injuries “just to feel decent” each day.

So while a playing comeback doesn’t seem in the cards, neither is Wright ready to move into a full-time coaching or front-office role. He said he doesn’t even plan to be in uniform when he visits the Mets for an expected seven-to-10-day stint in spring training.

“I’m not exactly 100 percent sure what the role is going to contain,” he said. “It’s kind of a developing role. I don’t foresee myself being in uniform very much .  .  . As far as coaching or instructing goes, I’m going to say there’s going to be very little of that and more so wearing the khakis and the polo shirt.”

Wright was in sweatpants and a light jacket Friday as he addressed a stunned and thrilled group of baseball and softball players from the Old Westbury college. Wright played briefly with NYIT baseball coach and Smithtown native Frank Catalanotto on the 2010 Mets.

Catalanotto introduced Wright as “the greatest Met ever” and said he appreciated the former team captain taking time out of his busy schedule to visit. Wright replied that he’s not all that busy these days in his first offseason in nearly 20 years that doesn’t include attempting to prepare for spring training as a player.

“I don’t think anything’s going to hit me until spring training time,” Wright said. “For me, it’s been somewhat of a typical winter. I’ve got to continue to pay attention to some of the injuries I’ve had and just rehab stuff, some maintenance stuff, but I think things will really hit me when I start to hear about spring training and I start getting that itch and knowing that I’m not going to participate. It won’t really hit home until I turn on the TV.”