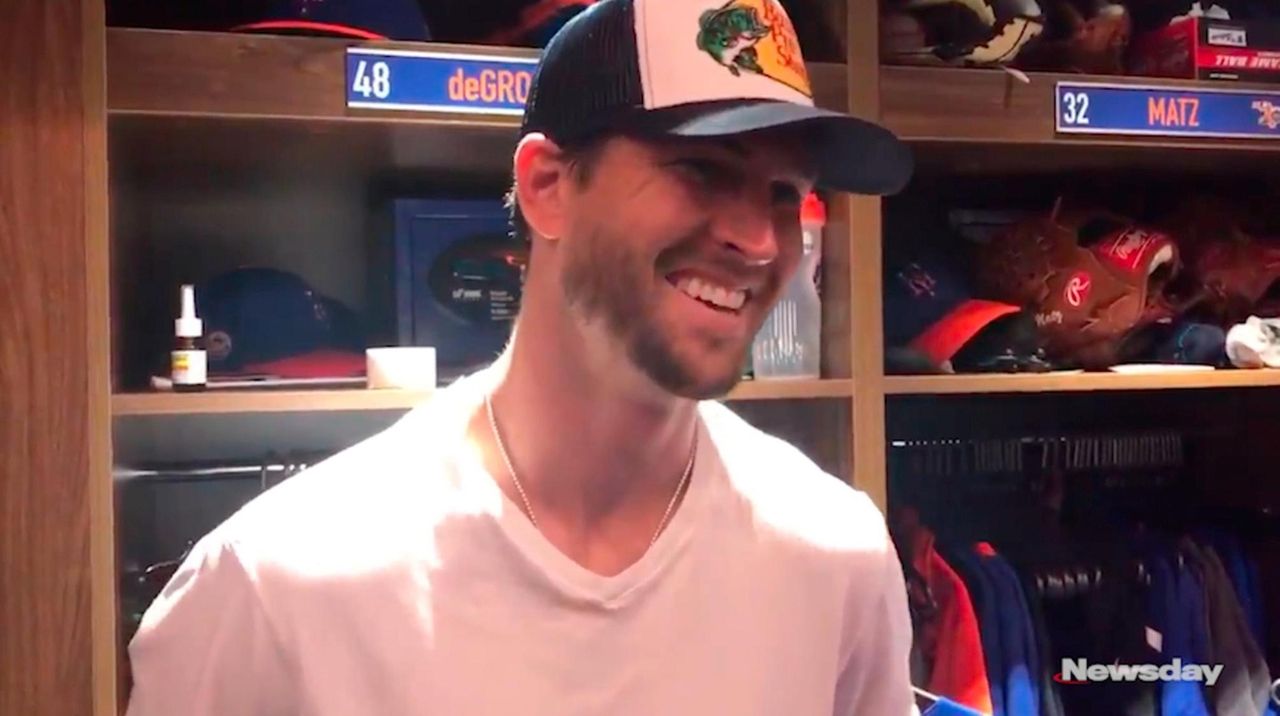 PORT ST. LUCIE, Fla. — Even Jacob deGrom, perhaps the best pitcher in the world after winning consecutive National League Cy Young Awards, has stuff he wants to get better at during spring training.

On Tuesday, as he tossed a simulated game that served as a soft opening to his preseason slate, that area of desired improvement was very specific: backdoor sliders to lefthanded hitters. In 2018, deGrom threw that pitch — which looks like it will be called a ball until it breaks late and catches the outside corner of the strike zone — a bunch. However, he lost his good feel for it last year, he said.

In Brandon Nimmo, one of the half-dozen Mets to bat against their ace, deGrom found his mark. The brief experiment was a success.

“That was a guy I actually wanted to see, I wanted to go with that backdoor slider to, because he has really good plate discipline,” deGrom said. “He said it looked like a four-seam that was going to be up and away and it ended up a strike.”

These are the sorts of things deGrom works on during spring training, a potentially boring time of year when his primary goal, in his own words, “is to stay healthy.”

Part of the Mets’ easing deGrom in was that simulated game at Clover Park. He said he didn’t know why pitching coach Jeremy Hefner opted to have him make his unofficial debut in that setting, but he wasn’t about to complain about skipping the five-hour round trip to Lakeland, where some of the Mets played the Tigers.

“He said sim game here,” deGrom said, “and I saw where we were going and I didn’t ask any more questions.”

DeGrom threw about 30 pitches across two pretend innings. In the first, Pete Alonso struck out swinging, Amed Rosario poked a soft line drive to rightfield and Lowrie sent a grounder down the leftfield line — though there was some playful arguing over whether it was fair or foul.

“Like, 10 feet [foul],” deGrom said with a knowing smile. “I don’t know what they were talking about it. It was hitters [versus] pitchers there I think. Everybody on the pitching side was saying foul.”

“Just got to build up my pitch count,” he said.

The next step is his actual Grapefruit League debut, which is Sunday. That every-five-days schedule lines deGrom up for the Mets’ first game of the regular season, against the Nationals on March 26 at Citi Field.

DeGrom has been through enough spring trainings at this point to know the routine — how his body reacts, what amount of work he needs, etc. He said this camp has been normal in that regard, with fastball command already there and offspeed pitches a work in progress.

NYCFC trying not to change much for Eastern Conference final
With Shesterkin out, Georgiev steps in for Rangers
Shesterkin injured in Rangers' win over Sharks
Popper: Kemba stays positive despite demotion
Giants' McKinney emerging as one of NFL's top safeties
Judge, Flores and their staffs know each other very, very well
Didn’t find what you were looking for?