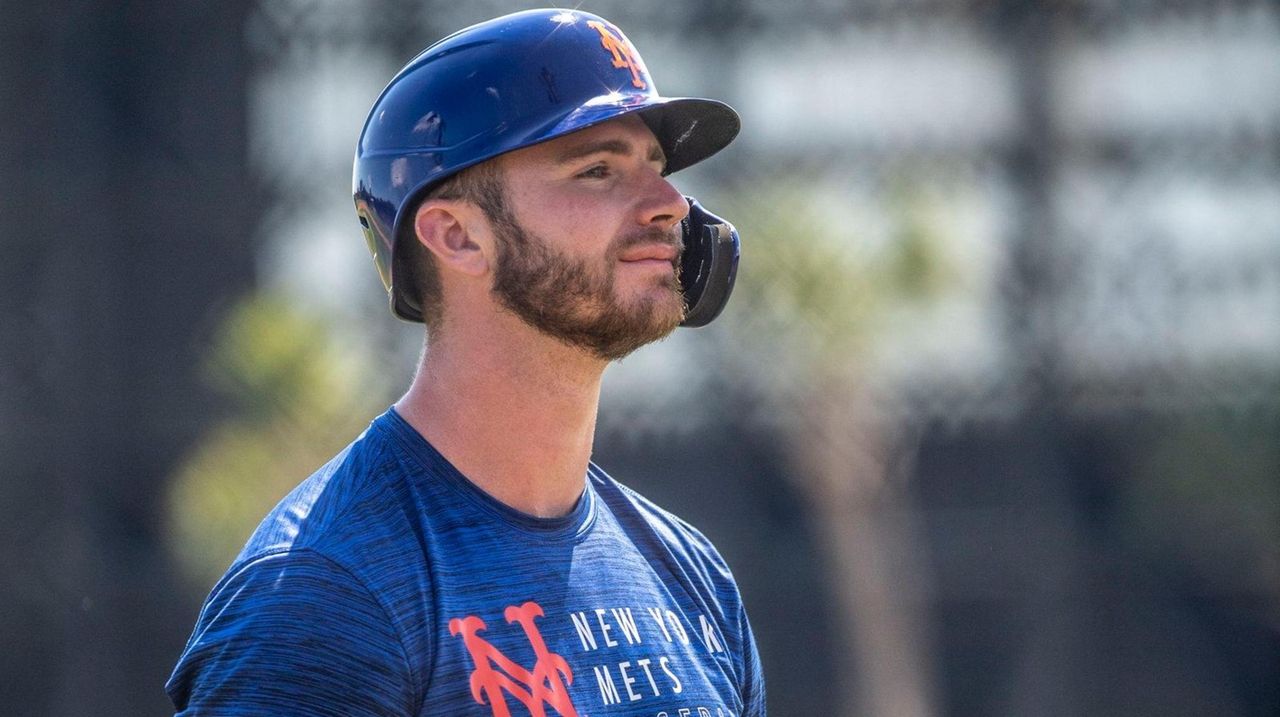 PORT ST. LUCIE, Fla. — Pete Alonso has a way with words, and on Friday he used those words to create a special metaphor for being in a slump.

That was a reference specifically to a down stretch during the second half of 2019, his All-Star/Rookie of the Year season, which didn’t feature much that would constitute a slump. But the same sentiment applies to significant stretches of his 2020.

Suffice it to say that heading into his third year in the majors, Alonso is looking to avoid anything that has the same vibes as the characterization he used. His hope is that baseball’s partial return to normalcy — a regular spring training, a full six-month schedule of games — will help him get back to normal, too.

"Not just baseball, but for all of us, I think this is a year of resiliency and I’m just happy that we get to play 162 this year," he said. "Baseball is meant to be played 162 games."

In reflecting on his issues, a relative concept, during last year’s pandemic-shortened season, Alonso blamed a lack of timing. He just never got in a groove. During the second preseason camp in July, he didn’t get as many at-bats as he usually does, which led to a slow start.

When he started to figure it out — hitting .370 with a .778 slugging percentage for about a week — the Mets got shut down for five days because of a couple of positive COVID-19 tests on the team.

"Once I finally got back going," he said, "the season was over."

"I feel like for as bad as I struggled, I still did pretty well for struggling," Alonso said. "Or for my definition of struggling."

In the opening days of spring training, he has appeared to be slimmer, though he pushed back on that characterization. Losing weight would mean he wouldn’t necessarily be able to hit the ball as far, he said.

The goal instead is "body control." He wants to be athletic, which would be particularly helpful in the field. He waited just two weeks after the season to start working out again. He didn’t do baseball activities until around Christmas.

"My gift is my strength and my power," Alonso said. "I feel like the biggest thing that I really worked on and wanted to improve was body control. Just being under control and mastering my movements and being connected. That’s the No. 1 thing.

With more than a month to go until Opening Day, Alonso repeatedly mentioned how ready he is to get going. Workouts are fine, exhibition games are better, but nothing beats the real thing.

Soon it’ll be time to chase the emotional and statistical highs of 2019.

"There was a lot of things that I did right in 2019, especially from the start," Alonso said. "I want to continue to be 2019 Pete, but also I hope I can be better because I’m competitive, I set the bar high, I want to keep performing and keep exceeding expectations."

Meet the independent analytics guru helping Stroman, other Mets
With Durant out again, Nets' injuries can hurt postseason chances
Rose manages to bloom again with the Knicks
Rangers know actual points, not style points, matter most in playoff push
Isles focused on Rangers, not three games with Capitals
Jerry Seinfeld returns to Steve Somers' WFAN show
Didn’t find what you were looking for?