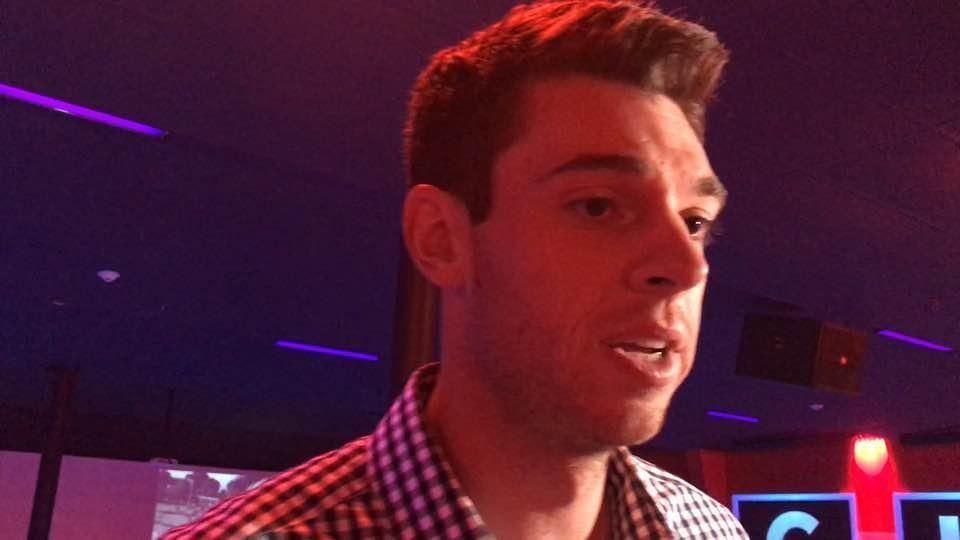 Mets lefthander Steven Matz was throwing a different kind of strike on Saturday.

Making an appearance at the grand opening of Bowlero Sayville, Matz traded his cleats for bowling shoes and threw a few frames in front of autograph-seeking fans.

Matz underwent successful surgery in August to reposition the irritated ulnar nerve in his left elbow and said he’s excited to get back to full strength this offseason and go to work under new Mets manager Mickey Callaway.

Matz, 26, who made a point of saying he bowls righthanded, hasn’t picked up a baseball since his surgery. He said the plan is to begin doing so “in a few more weeks.” Right now, he’s “feeling good.”

“I have a lot of time on my side,” he said, “so I’m just looking to build up that progression now.”

Former Indians pitching coach Callaway, who helped groom several young starters into rotation mainstays, reached out to Matz to introduce himself after the team announced his hiring on Monday.

Callaway replaces Terry Collins, who will remain with the Mets in a front-office role. Matz said Collins put everything he had into the job.

“Terry poured his heart and soul into that team for the past seven years,” Matz said. “I know it’s tough for him; he’s a big baseball guy. He loved to manage the team and cared a lot about it.”

Callaway’s pitching background — which includes a five-year major-league career — could help the Mets’ young staff progress after a dismal 2017 season. The hope is that injuries will not plague the rotation again.

Matz pitched in only 13 games, compiling a 2-7 record and a 6.08 ERA in 66 2⁄3 innings. Noah Syndergaard missed basically the whole season, and Matt Harvey pitched poorly. Zack Wheeler also was shut down in August. Jacob deGrom was the Mets’ lone reliable starter and eclipsed 200 innings for the first time in his career.

“I don’t think there’s a magic potion,” Matz said. “I think sometimes you just run into some tough chance there with guys getting hurt. I think a lot of the time when guys go through that, they learn about themselves and you learn about what you have to do to take care of your body and arm while pitching. Maybe this will make us better in the end.”

For now, Matz said he’s focusing on rehab. He’s been watching the World Series and said he’s pulling for the Dodgers.

“I would really like to see [Clayton] Kershaw win a World Series, and Curtis Granderson’s on that team; he’s been a teammate of mine,” Matz said. “It would be really cool to see both those guys win a World Series.”

Mickey Callaway’s Amazin’ journey to Mets managerBefore he became a pitching guru for the Indians, before he studied at the side ...