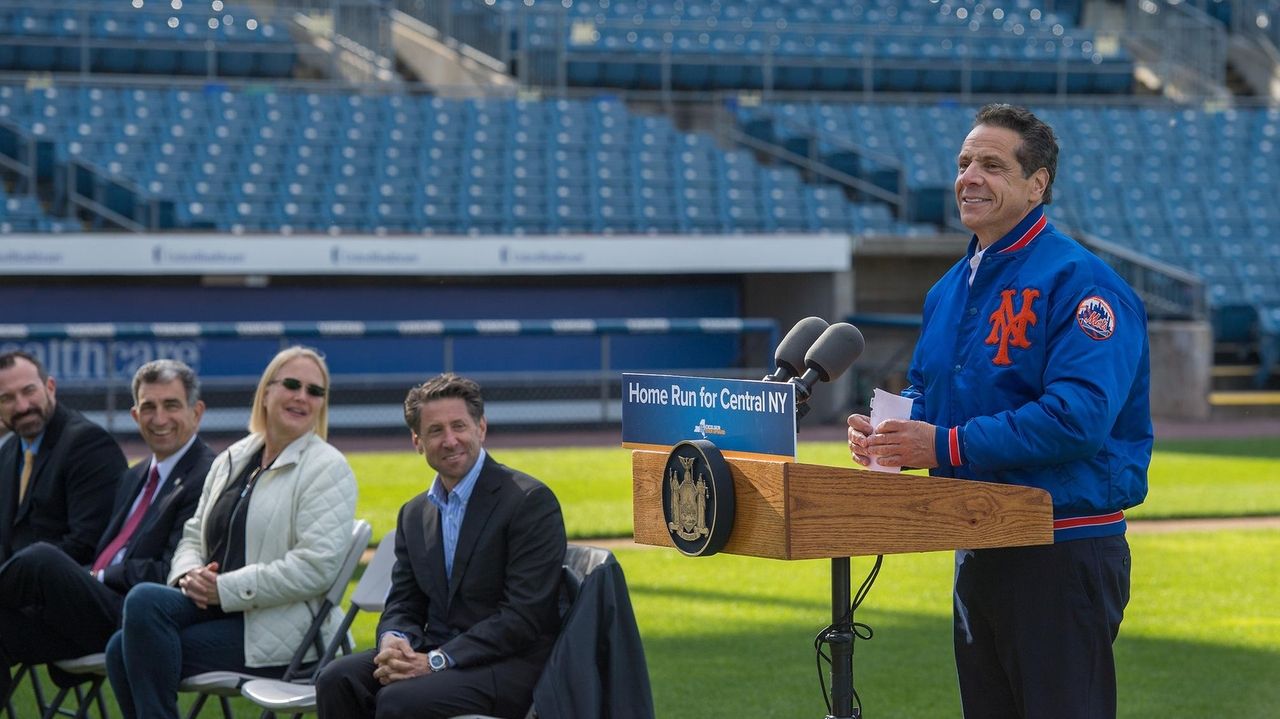 In a refusal to conform with industry norms, the Mets announced Tuesday that their new Triple-A affiliate in Syracuse is adopting the major-league team’s name.

The Syracuse Mets, previously known as the Syracuse Chiefs, also will get $26.5 million of public funding to upgrade their ballpark, NBT Bank Stadium, as part of a 25-year lease agreed to by the Mets, New York State, Onondaga County and the city of Syracuse. The state and county are providing the bulk of the money for construction slated to start next year.

The Mets made the announcement at a news conference at NBT Bank Stadium, attended by Governor Andrew Cuomo and a handful of Mets notables: COO Jeff Wilpon, assistant general manager John Ricco, manager Mickey Callaway and prospect Justin Dunn, a Freeport native who is likely to pitch for Syracuse in 2019.

Cuomo, who is running for re-election, sold the deal as a big win for Central New York.

"Baseball has been engrained in Syracuse's history for more than 80 years, and this critically important investment will ensure that it remains an ‘amazin’ part of this community’s future for decades to come,” Cuomo said in a statement. “By renovating this stadium, we are going to attract new and old fans alike, generate economic activity and increase tourism across the region and help foster the next generation of baseball greats.”

Syracuse is the Mets’ new top minor-league team after Mets ownership purchased the Triple-A club for about $18 million last year. In an era when minor-league clubs are increasingly ditching their parent team’s name in favor of something funky — such as the Binghamton Rumble Ponies, the Mets’ Double-A affiliate — the Mets opted to rename Syracuse after themselves. The Triple-A Mets got a new orange-and-blue color scheme and logo/uniform set fitting their new name.

The Mets’ purchase of Syracuse played a role in the minor-league affiliation musical chairs last month. With the Mets leaving Las Vegas for Syracuse as their Triple-A home, the Nationals — previously affiliated with Syracuse — got stuck with the Fresno Grizzlies in Fresno, California, about as geographically inconvenient as it gets for an east-coast team.

Ionescu sinks long three in last second to win Liberty's opener
Urshela's pinch-hit three-run homer in seventh lifts Yanks over Orioles
Relievers don't do the job as Mets fall to Rays on walk-off single
Knicks hungry to earn fourth seed in playoffs
Cole's strikeout-to-walk numbers are startling
Hicks has tear in tendon sheath in wrist; Stanton out with quad tightness
Didn’t find what you were looking for?