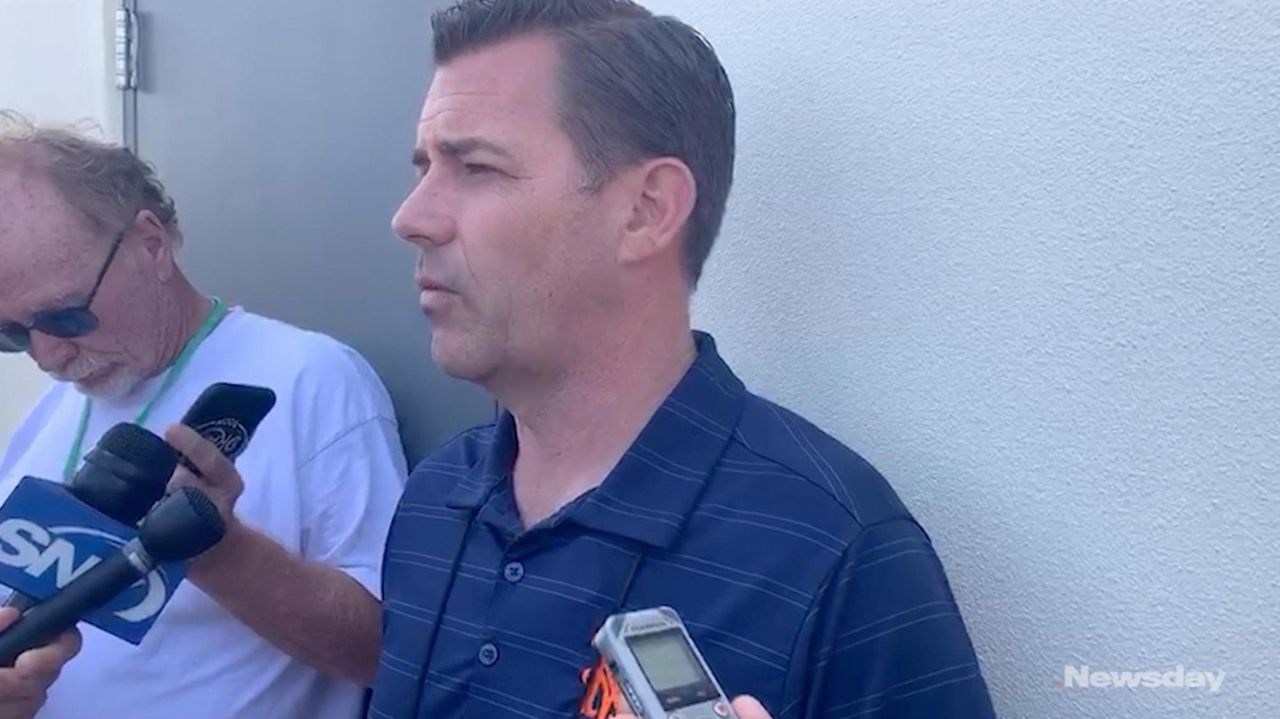 WEST PALM BEACH, Fla. — Michael Conforto’s availability for Opening Day and beyond is questionable after he was diagnosed Tuesday with a strained right oblique.

Conforto suffered the injury Saturday when he fought the sun and wind to make an awkward catch in rightfield. After an MRI in Florida, the Mets sent him to New York to be checked out by the team physician, Dr. David Altchek.

General manager Brodie Van Wagenen said he “didn’t get any details in terms of what the severity was.” The short-term plan is to have Conforto “back off” from physical activity until he is re-evaluated next week. Conforto was slated to return to Florida later Tuesday.

“It’s hard to assess if this or any other injury is a major injury at this stage of the game,” Van Wagenen said. “He felt better each day, which is encouraging. You never want to assume something without actually taking a look at it and make sure we have all the answers.”

In Conforto’s absence, centerfielder Brandon Nimmo played rightfield Monday against the Marlins, his first time there this spring training. If Conforto is out to start the regular season, one of the Mets’ options would be to put Nimmo in right — he has played the corner spots plenty in his career — and start Jake Marisnick in center.

A key variable: leftfielder Yoenis Cespedes’ availability. Van Wagenen said “all things continue to go in a positive direction” with his rehabilitation from a broken ankle and heel surgeries.

“We’ve got a lot of in-house solutions that we feel good about,” Van Wagenen said, “and fortunately we have a lot of versatility on our roster that we can at least attempt to absorb any issues that pop up with our players.”

Rick Porcello scattered nine hits and allowed two runs across 4 2/3 innings Tuesday in the Mets’ 7-4 win against the Astros. He struck out one and walked none. “He pitched for contact today,” manager Luis Rojas said. “He had a good feel for throwing the ball where he wanted, spotting pitches.” … Dellin Betances, who was listed among the Mets’ expected pitchers for Tuesday, will pitch Wednesday instead. Rojas said Wednesday was always the plan for Betances’ second Grapefruit League appearance. … Shortstop prospect Andres Gimenez continues to impress. Robinson Cano said: “The guy looks good. Plays great defense, has a pretty swing. I think it’s just a matter of time for him to be able to play in the big leagues.”