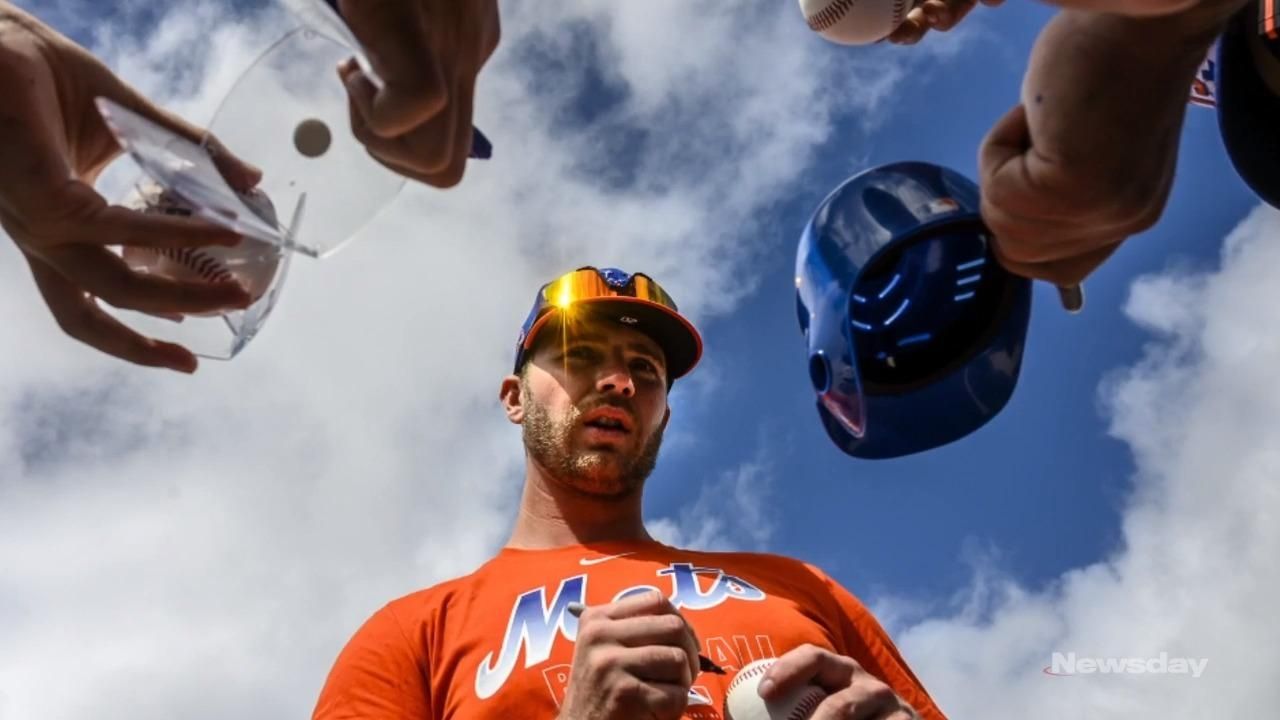 PORT ST. LUCIE, Fla. — Before his second season in the majors could even begin, Pete Alonso already has set another record.

The Mets and their All-Star first baseman agreed to a one-year contract for $652,521, a source said Wednesday. That is the highest salary in baseball history for a player coming off his rookie season, edging Kris Bryant’s 2016 deal with the Cubs ($652,000).

Alonso’s record contract amounts to a goodwill gesture from the Mets, who could have unilaterally renewed his pact for as little as $563,500 (the major-league minimum salary). Alonso, as a pre-arbitration player with fewer than three years in the bigs, has no negotiating leverage. He is at the Mets’ mercy.

Instead, the organization opted to keep their young homegrown star happy with a 17.5% raise over his 2019 salary — another piece of evidence of general manager Brodie Van Wagenen’s players-first mantra.

“We got a number, and I was shocked and thrilled,” Alonso said. “I’m just so happy we came to an agreement, because I think the world of this organization and it truly is a blessing.”

This is the second time in 12 months the Mets’ front office has pleased Alonso, who was outwardly frustrated when he wasn’t called up at the end of the 2018 season. The club could have manipulated Alonso’s service time by sending him to the minors to start 2019 — which would have delayed his eventual free agency by an extra year — but Van Wagenen kept his promise of putting the most deserving players on the roster and Alonso made his debut at first base on Opening Day a year ago. Throughout the year, as he hit a rookie-record 53 homers and won the NL Rookie of the Year Award, Alonso regularly mentioned how grateful he was for that.

Those good vibes continued with their 2020 agreement. In expressing his appreciation, Alonso referenced his late grandfather, Peter Conrad Alonso, who settled in Queens after emigrating from Spain in the 1930s. The family later moved to Ohio, but Alonso said New York City and the Mets “feel like home.”

“It’s just crazy how life has just come full circle,” Alonso said. “I’m forever thankful because for me, it truly seems I’m meant to be here. This is my home. I’m so grateful to be a Met.

“I know I’ve quoted this before, and I’m just going to say it again. I bleed orange and blue, and I’m willing to sacrifice whatever it takes to help this team win. I’m excited for the 2020 season — not just the 2020 season, but every season moving forward that I’m with the Mets. This truly feels like family to me.”

He said he stayed out of the negotiations, allowing his agents — led by Adam Karon of Apex Baseball — to work with the Mets.

Alonso, 25, isn’t eligible for arbitration until 2022 and is scheduled to be a free agent after the 2024 season.

Player and team could negotiate a longer-term deal ahead of then, but Alonso didn’t seem to be in a hurry to do so.

“For me, I feel really blessed with what I’ve been given,” Alonso said. “An extension, I think it would be awesome, but I’m still trying to just focus on the now. I can’t necessarily think too much about the future. I just want to be locked in and focused on the present. For me, I love this organization and in order for me to really, really capitalize on this wonderful opportunity we have [to win] and in order for me to do my job, I need to be focused on getting better, getting ready for the season.

“My mind is focused, I got blinders on. I’m raring to go. I’m excited for 2020 and I’m just pumped. I’m pumped up for the season. It’s going to be an exciting one.”