Across baseball in recent days, stars have expressed hesitation about playing baseball during the coronavirus pandemic, especially as teams have faced issues and inconsistencies with MLB’s testing routine.

Buster Posey of the Giants said he has considered opting out of the season. Ryan Zimmerman, the face of the Nationals, already has. The Cubs’ Kris Bryant said he wants to play because he thought it would be safe but after a few days in camp “I don’t really feel that.” The Phillies’ Zack Wheeler said he might not return after his baby is born in the coming weeks. 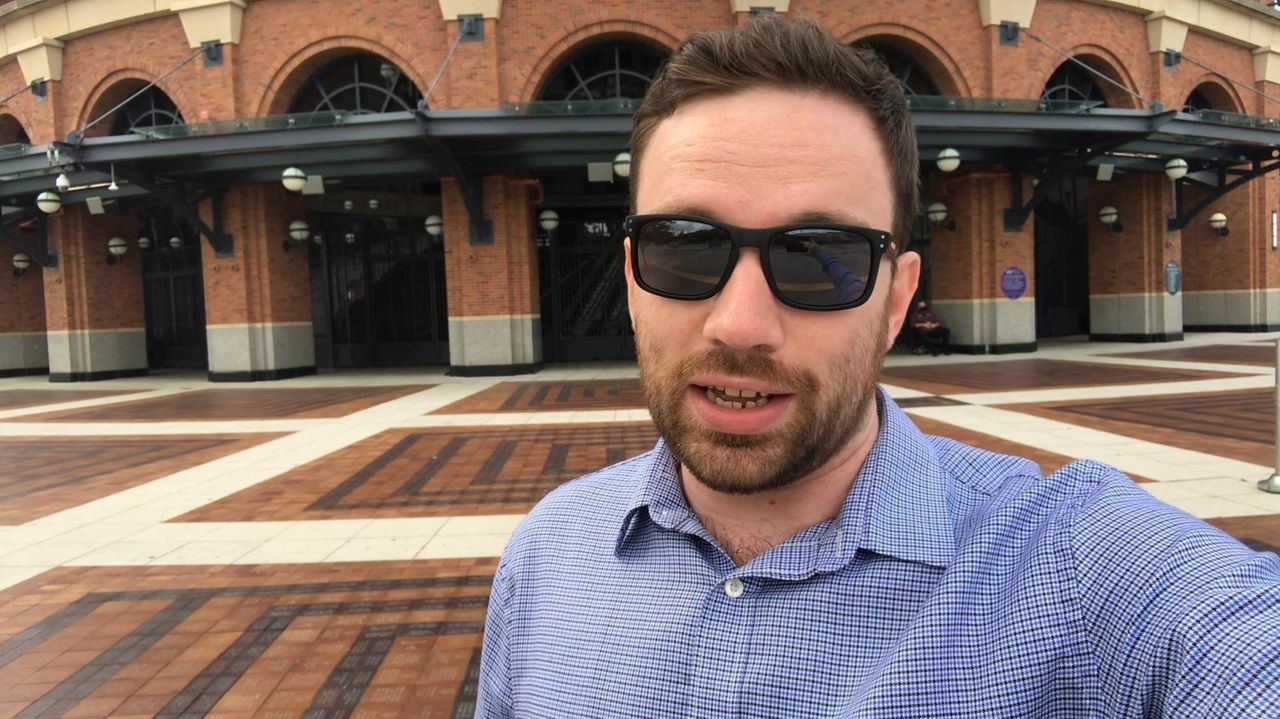 Healey talks 'doozy' of a Mets schedule for 2020 After another day of Mets workouts at Citi Field, Newsday reporter Tim Healey gives an overview of the teams's 60-game shortened schedule for the 2020 season on Tuesday, July 7, 2020. Credit: Newsday / Tim Healey

“I’m geeked up to play,” Alonso said Tuesday after a workout at Citi Field. “Before we were baseball players, we were fans of the game of baseball. I feel like all of us just love the game. Yes, there’s some extra steps we have to take, but this is something that I’m really passionate about. Guys that are in that clubhouse, they’re very passionate about it as well. Otherwise they wouldn’t be here.

“This is awesome. It’s a very historical season. There’s no season that has been like this before. Right now, I guess in a weird way, we’re part of history.”

Before Alonso was a part of history, he was stuck at home like everybody else, wondering when baseball would return. He never felt that the season would be totally lost. But he was anxious to get going. He spent the extra time working out, though not knowing when preseason camp would resume left him in a gray area “wanting, wishing, waiting,” he said.

Alonso was able to meet up on occasion with Marcus Stroman, his fellow Tampa resident, and Dominic Smith, Stroman’s quarantine roommate. He and Smith — who before last season were competing for the first-base job — took batting practice and fielded grounders together. Sometimes, when Stroman threw a bullpen session, Alonso stood in the batter’s box to give him that small sense of the real thing.

“I stayed about as ready as possible,” Alonso said. “Coming into camp, I feel I’ve built my body up for a very intense season. I feel built up and ready to go.”

J.D. Davis added: “I know it’s only a 60-game season, but he can mess around and hit probably 30 home runs here soon.”

When he finally returned to Citi Field last week, Alonso walked to his spot on the field and took a moment to take it all in. Absence had made his heart grow fonder.

“I put my hands on the ground just to feel the dirt, to make sure it’s real,” Alonso said. “Just being here and being able to play baseball, do my job — I found just such a much higher appreciation for this game, for this opportunity. I loved what I do before, but now with this hiatus and everything that’s going on, for me it’s like, I don’t know. I have this love affair for baseball. It’s made my love for it grow even more.”

Now he and the Mets have an abbreviated spring training ahead of Opening Day on July 24. He called the next couple of months a “60-day grinder.”

Manager Luis Rojas and Wilson Ramos have compared the compact schedule — in which every game matters more than normal — to winter leagues in Latin America. Alonso has not experienced that, but he did play in college, with seasons of about the same length.

“I’ve been in that type of environment before. I’m ready,” Alonso said. “I feel like there’s going to be a sense of urgency. All of us feel that and we know what we have to do to be the last team standing.”