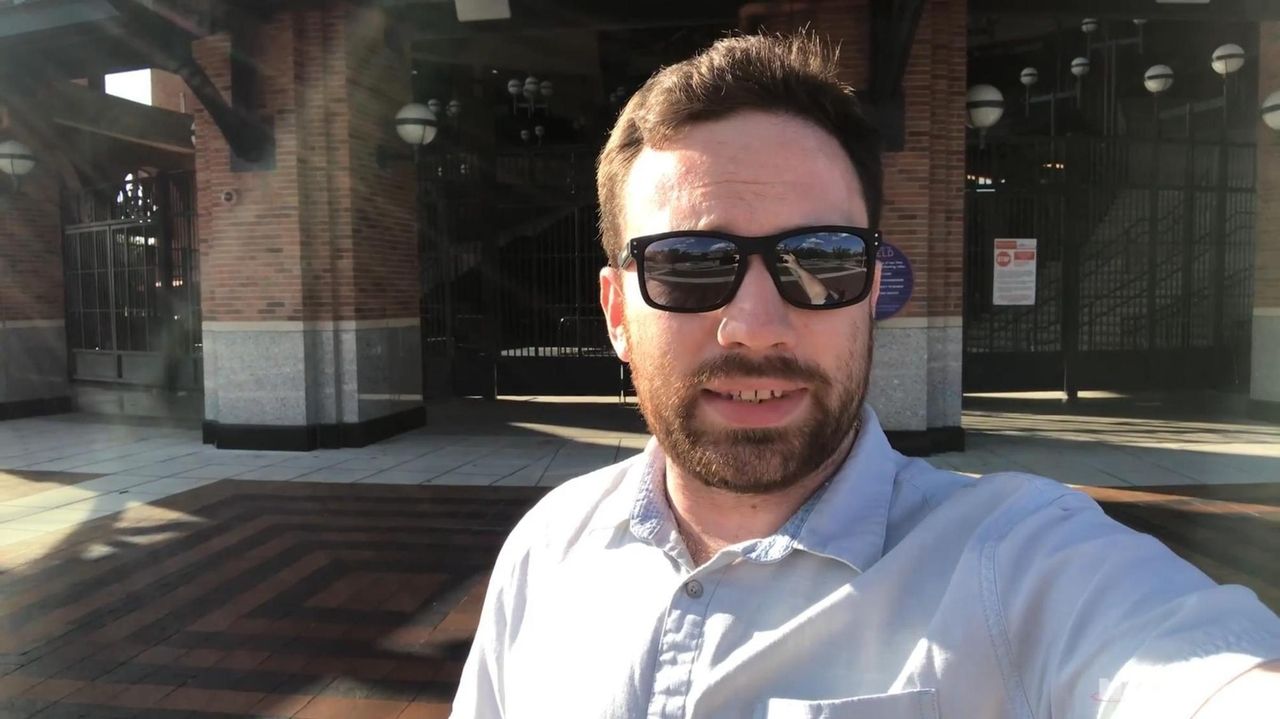 Newsday's Mets beat reporter Tim Healey breaks down the return of second baseman Robinson Cano to the club's 'Summer Camp' and the questions remaining for Cano ahead of next week's return of baseball on Tuesday, July 14, 2020 at Citi Field. Credit: Newsday / Tim Healey

Robinson Cano’s mysterious absence is over, but it is still a mystery.

The 37-year-old second baseman participated in the Mets’ workout Tuesday at Citi Field, his first appearance in eight days. Easing back into the routine, he did not play in an intrasquad scrimmage, but manager Luis Rojas said feedback from Cano’s first day back should provide clarity for his plan the rest of camp.

After he missed about one-third of this miniature spring training, it is not clear that Cano will be ready for Opening Day.

“He looks in great shape right now, just seeing him in the clubhouse,” Rojas said.

Relievers Brad Brach and Jared Hughes have not participated in workouts yet. The Mets’ new organizational policy is to not comment on why an individual is missing so as to cloud any potential coronavirus-related issues. MLB asked teams not to reveal positive COVID-19 tests unless the player gives approval.

Cano declined an interview request but is expected to speak to reporters this week.

In his return, Cano did most of the normal baseball activities. He moved from stretching to infield practice to the bunting station to batting practice, when he planted a couple of pitches into the upper deck in rightfield.

When he did sprints in the outfield, he wore a high-tech vest from a company called Catapult, just like Amed Rosario did after his two-day absence this month. The vest monitors a person’s workload by measuring how much energy he is expending, which informs the player’s and team’s decisions regarding when to have the player work out more or take it easy. That data is especially helpful when a player returns from a layoff and is getting back into game shape.

First baseman/leftfielder Dominic Smith said he was happy to have Cano back.

Cano is entering his second season with the Mets after struggling in the first. In 2019, he went on the injured list three times with leg injuries and hit a career-low .256 along with a .307 OBP and .428 slugging percentage.

In February, he said he spent the offseason strengthening his legs in the hopes of avoid a repeat of last year’s issues. It was such a focus that the Mets held him out of early Grapefruit League games so that he could continue to build strength.

If Cano is not ready for the start of the season July 24 — a week from Friday — the Mets have options in replacing him, including Luis Guillorme, who stands a good chance of making the roster as a utility infielder.

But perhaps most notably there is Jeff McNeil, who has been splitting time between second and third during recent workouts.

The Mets had planned to let McNeil mostly play third come regular season. But he said last week that he now expects to play multiple positions.

“I know this year is a little bit different, so I may be moving around the diamond a little bit more than a regular year where I was probably going to play third mostly,” he said. “This year, gotta go in there, gotta be ready. A lineup can change instantly. Always gotta be ready to switch positions.”

Glauber: Lesson learned — Christopher Johnson confident he has Jets in good hands
Jacob deGrom says he's ready to go Monday
Urshela stays in after freak play, hits go-ahead HR in Yanks over A's
Francisco Lindor powers Mets to win over Nationals in DH opener
Hobbled Nets believe in KD and their homecourt advantage
Nelson's line could be key to series with Lightning
Didn’t find what you were looking for?