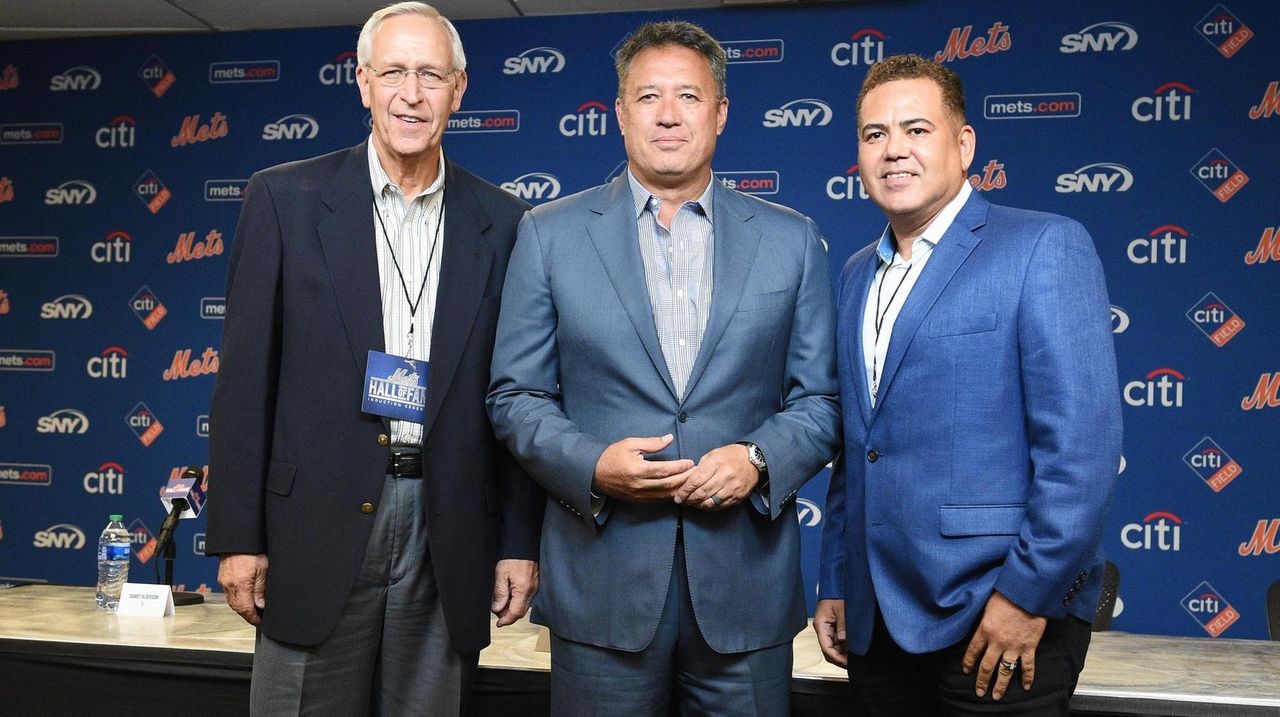 The Mets delayed the start of Saturday night’s game against the Reds for 25 minutes to hold a ceremony inducting three men into their Hall of Fame. It seemed fitting since the ceremony itself was delayed by more than 14 months because of the pandemic.

"Welcome to an event that, quite frankly, is long overdue," master of ceremonies Howie Rose told the Citi Field crowd as the start of the ceremony honoring new Mets Hall of Famers Jon Matlack, Ron Darling and Edgardo Alfonzo.

The team’s previous owners — the Wilpons — attempted to rectify that when they announced the induction of Saturday’s honorees in January, 2020. The ceremony was supposed to have taken place last May.

"To me, this is a dream come true," Alfonzo said before the ceremony. "So happy for it and looking forward to getting it done with."

The Mets now have 30 people in their Hall of Fame. Some of them were on the field on Saturday night to honor their former teammates, including Piazza, Keith Hernandez and Ed Kranepool.

Just as the inductees spanned the generations, so did the honored guests the Mets invited.

Those guests included the family of original 1962 Met pitcher Al Jackson, who was posthumously presented with the Mets Hall of Fame achievement award. Jackson, who spent 50 years in the organization as a player, coach and executive, passed away in 2019 at the age of 83.

"We have the 70s, 80s and 90s represented," team president Sandy Alderson said. "And Al Jackson represented the ages. Fifty years with the Mets. Major league coach. Minor league coordinator. Front office advisor. I had the pleasure from 2011-’19 to have a locker in spring training right across from Al. I can tell you I benefitted from his wisdom, enjoyed his humor and respected the man. He was truly great. An honor to know him."

"It’s kind of weird," Darling said. "The Hall of Fame — to come celebrate it in a place I work. It’s kind of a funny thing. But I’m so proud and so happy."

"I received the news and tears came to my eyes because when I played here, I never thought about Hall of Fame or nothing," Alfonzo said. "My wife, she was worried. She asked if something happened. I said, ‘No, don’t worry, something good happened.’ "

Taillon returns from ankle injury but leaves game in 3rd inning
Lennon: Forget Fenway . . . it's all business for Yankees in Toronto
Yankees' Judge still in swing despite dislocated pinkie
Jon Zaturn, coach of Suffolk County PAL for 40 years, dies at 69
Syndergaard throws 1-2-3 inning, striking out two in return to Mets
Yankees have been best team in majors in close games
Didn’t find what you were looking for?