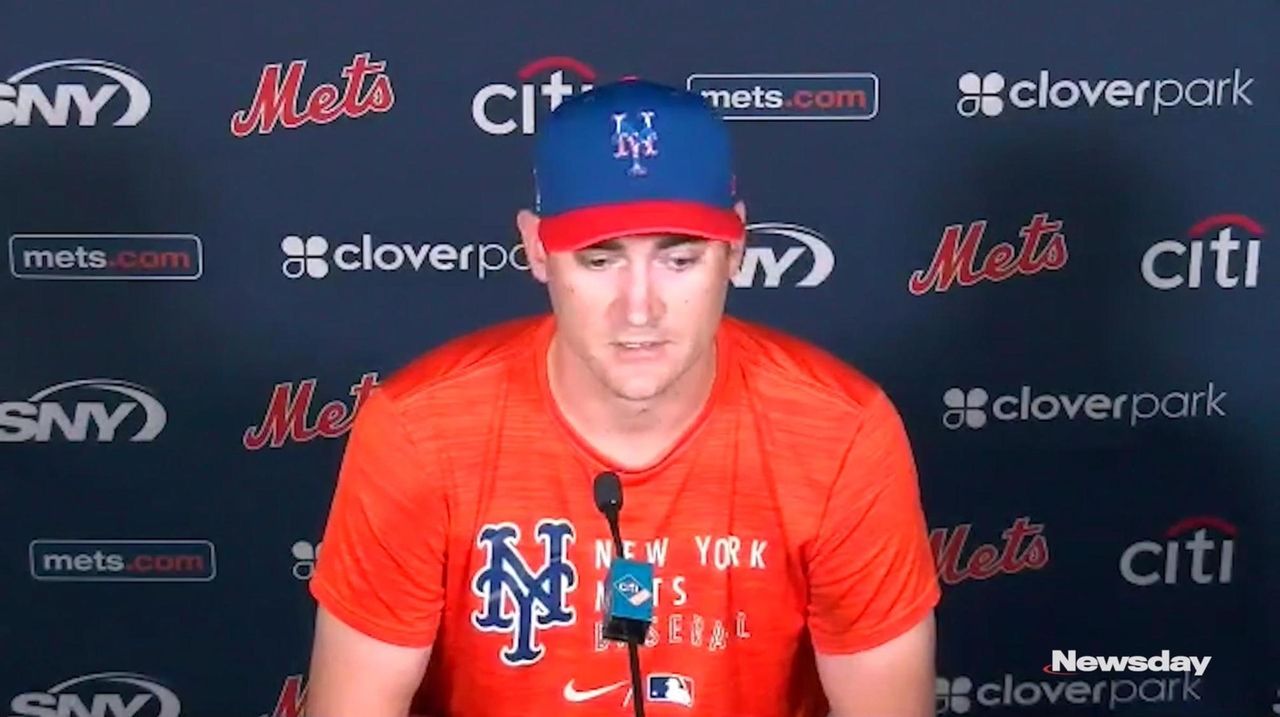 Mets pitcher Seth Lugo spoke with members of the media during a news conference Thursday, giving an update on his recovery from surgery to remove bone spurs in his elbow. Credit: New York Mets

PORT ST. LUCIE, Fla. — Seth Lugo said he is "on track" with his recovery from surgery to remove bone chips from his right elbow, but his absence remains indefinite, with the righthander accepting the unglamorous day-to-day slog of post-operation rehabilitation.

Most days, that includes working out his shoulder and riding a bike to keep his legs in shape. Still about four weeks away from throwing a baseball, Lugo has been working out at the Mets’ spring training facility, albeit without participating in the spring training fun.

"It’s a bummer watching everyone throw and I don’t get to," he said Thursday.

Lugo had surgery Feb. 16. The Mets estimated it would take him six weeks before transitioning to a throwing program, which would be right around Opening Day on April 1. 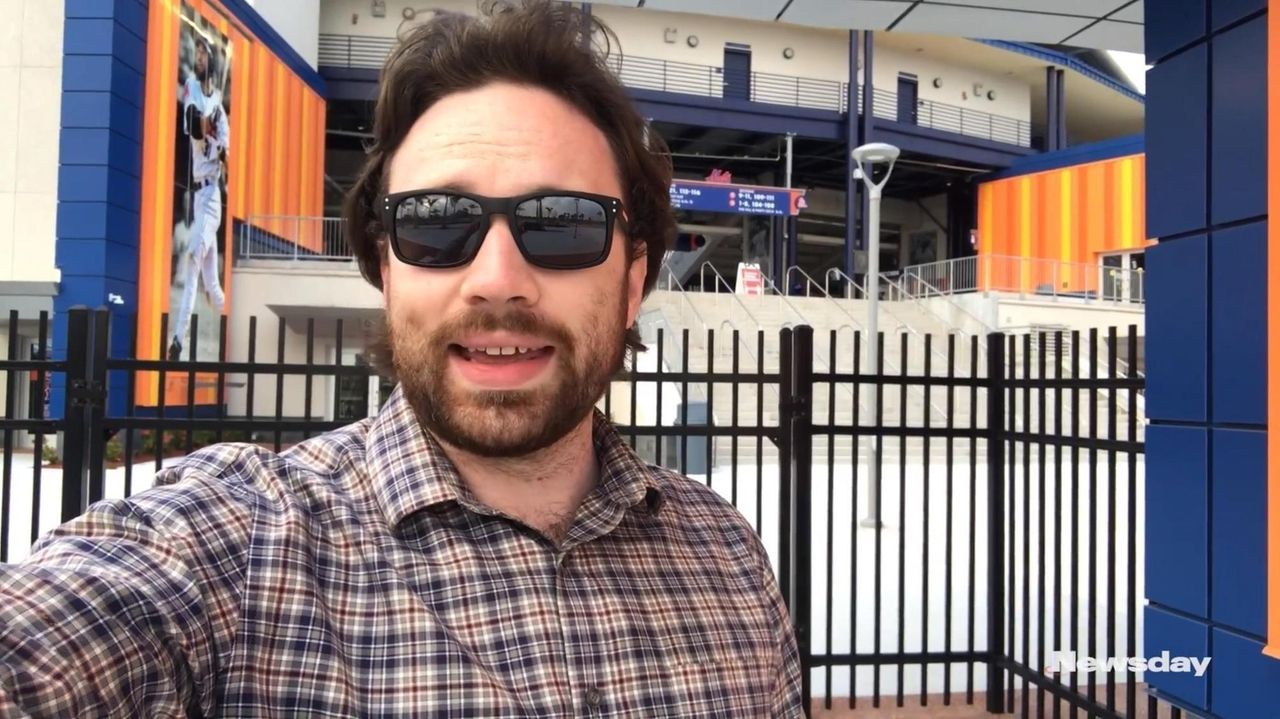 How long will it take Lugo after that to be ready to pitch in a major-league game?

That Lugo figures to pitch at all this year is something of a silver lining, given his fears upon getting injured.

In early February, he woke up one morning with a "concerning" amount of swelling in his elbow, which prevented him from flexing or extending it. That had happened before, so he tried the usual tricks — icing, compression — but a couple of days of self-treatment didn’t work.

"That’s when I called the team because I didn’t know what it was," Lugo said. " ‘What do we do from here?’ And then got down here [to Florida], had the MRI and after [finding out it was] the bone spurs, just sighed of relief. Got them removed and here we are.

"It caught me off guard because it was feeling fine. There wasn’t an incident or a throw or anything where I noticed something. It just came out of nowhere. Now it feels a lot better. It feels pretty normal."

The other good news for Lugo is that the MRI showed that his ulnar collateral ligament — which was partially torn in 2017 — "looked good," he said. No elbow issues aside from the bone spurs that had broken off.

At Clover Park, Lugo is something of a mystery man, sometimes arriving before teammates for his day of rehab, sometimes coming in late — whatever makes sense under the various health-and-safety pandemic protocols in place. On Wednesday, he was not on site at all, the Mets said.

"It’s been hard [to see Lugo]. I just, like, run into him whenever he’s navigating around our schedule," manager Luis Rojas said. "He’s got a great attitude about doing his work each day. You know how Seth is. He’ll be open about it and he’s actually pretty excited that time is moving on and he’s getting closer to when he’s going to be able to throw, which is still weeks away. But he’s very positive about it."

In the meantime, Lugo, the Mets’ best reliever the previous three years, said he has heard "good things" about the group of bullpen arms that will try to hold it down without him.

The Mets added righthanders Trevor May and Sam McWilliams and lefthander Aaron Loup on major-league deals during the offseason. They join the returners, including closer Edwin Diaz, Miguel Castro, Dellin Betances, Jeurys Familia and Robert Gsellman.

Of those eight relievers, four are taller than Lugo, who is 6-4.

"It looks like a big, strong group of guys," he said. "It seems like every year guys just get bigger and bigger. I walk around and feel kind of little around some of these guys."