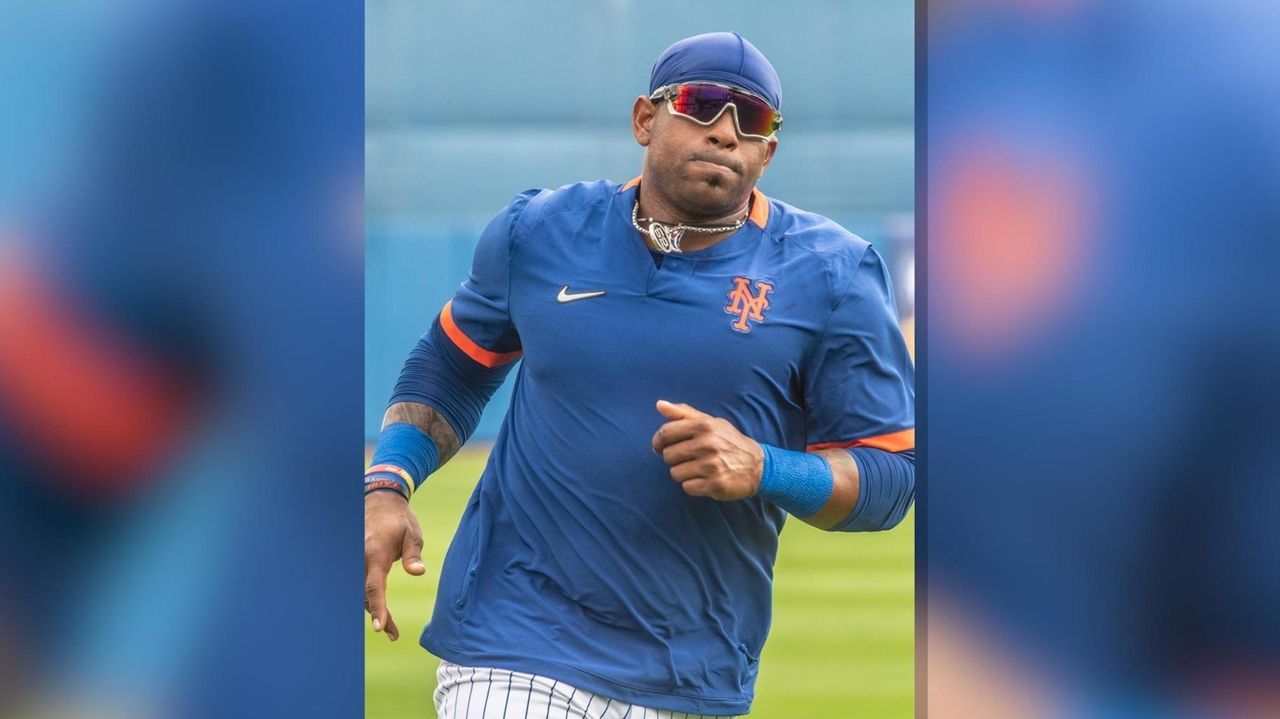 Newsday's Mets beat writer Tim Healey breaks down Yoenis Cespedes' appearance at spring training on Monday, including his decision not to speak with the press as well as his performance in live batting practice, at the Mets' facility in Port St. Lucie, Flordia, on Monday, Feb. 17, 2020. Credit: Newsday / Tim Healey; Photo Credit: Newsday / Alejandra Villa Loarca

PORT ST. LUCIE, Fla. — Five-hundred-and-seventy-seven days after his most recent major-league game, Yoenis Cespedes doesn’t want you to know how close he is to playing again.

On Monday morning, before participating in parts of the Mets’ first full-squad workout, Cespedes adamantly declined an interview request and said that will remain the case indefinitely.

“No,” Cespedes, speaking in English, said to a group of reporters. “Not today, not tomorrow, not at all this year.”

Cespedes, who still is recovering from heel surgeries and a broken ankle, said he doesn’t feel an obligation to speak to the media. Asked about speaking to fans, he said, “To my fans, maybe.”

Then he spritzed some cologne on his uniform pullover and left the Mets’ Clover Park clubhouse.

Cespedes hasn’t conducted an interview with Mets reporters since Feb. 15, 2019. The collective-bargaining agreement between Major League Baseball and the players association includes no hard-and-fast rules — just guidelines, recommendations, suggestions — on players’ duties to talk to the media.

“It is very important to our game that ALL players are available to the media for reasonable periods and it is the player’s responsibility to cooperate,” the CBA says.

Last month, during his introductory news conference, manager Luis Rojas said his players would be accountable with each other, with the fan base and with the media. When the possibility of a player ignoring reporters for a prolonged period came up Monday, Rojas reiterated that he was pleased that Cespedes was able to be on the field.

“It’s a big day for him,” Rojas said. “He joined the guys, and that’s where our focus is going to be, that he’s going through the day and being able to progress into playing at some point.”

Cespedes did not fully participate in the workout, which is normal for rehabbing players. After going through warmups and playing catch with a large group, he did agility/running stuff as the other outfielders did defensive drills. Then he hung around the batting cages and signed autographs while waiting for batting practice to begin.

On the first swing of his first live BP session of spring training — facing righthander Michael Wacha — Cespedes accidentally lost his bat, flinging it toward the third-base dugout. On another swing, he hit a homer-length foul ball down the leftfield line.

That was Cespedes’ first involvement in a formal team activity since July 20, 2018, when he returned from the injured list for one game against the Yankees, hit a home run and revealed he might need surgery on his heels — a development the Mets had been unaware of until he said it publicly.

Those surgeries came in August 2018 (right heel) and October 2018 (left), rendering him questionable for the 2019 season. Then he suffered a season-ending broken right ankle — multiple fractures, followed by surgery — during an encounter with a wild boar on his ranch outside Port St. Lucie last May.

Given the nature of that non-baseball injury, the Mets withheld the rest of Cespedes’ 2019 salary, triggering a grievance from the union. The parties settled before a hearing, agreeing to a dramatic reduction of Cespedes’ 2020 salary from $29.5 million to $6 million, plus bonuses that would allow him to recoup much of the difference.

Those performance-based rewards, as well as free agency looming after this season, represent plenty of incentive for Cespedes to get on the field and play. He just might not provide updates along the way.