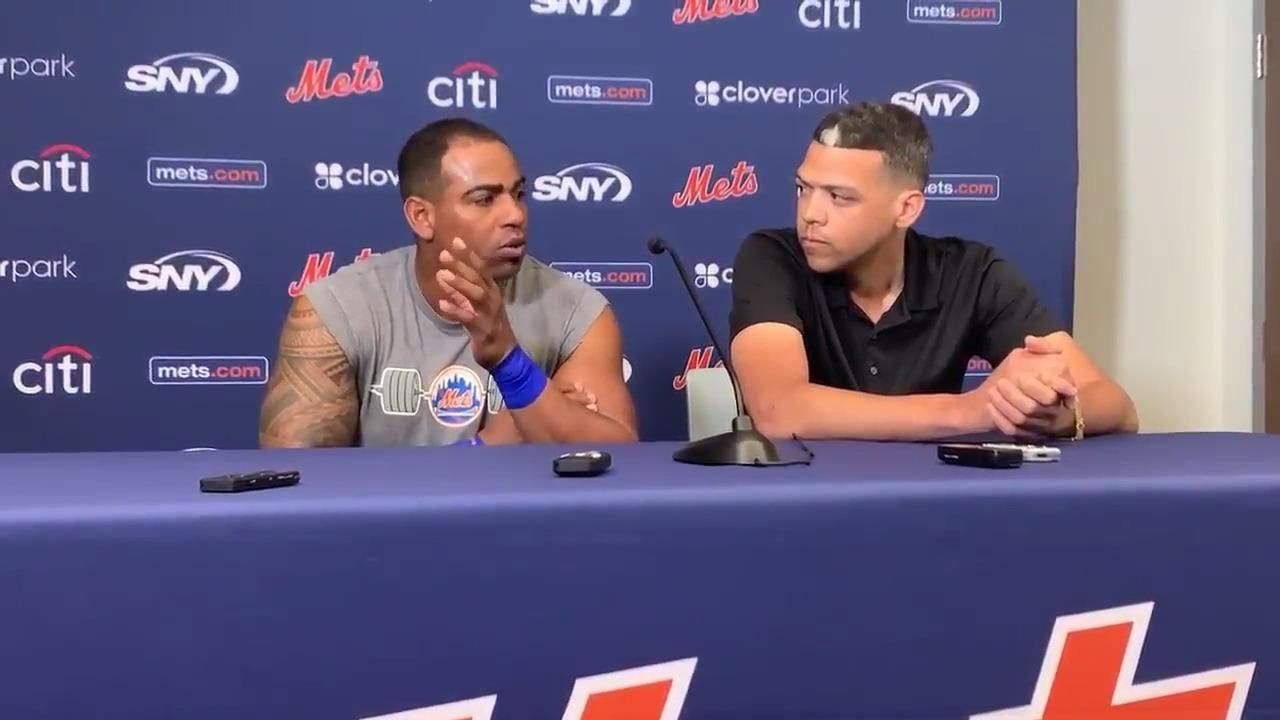 PORT ST. LUCIE, Fla. — Yoenis Cespedes didn’t want to talk about encountering a wild boar on his ranch, breaking his ankle or having his salary dramatically reduced. But he was willing to talk publicly, and that represented progress when it comes to the Mets’ enigmatic and oft-injured slugger.

The bottom-line takeaway: Cespedes said he expects to play in exhibition games by mid-March and be ready for Opening Day on March 26. That schedule doesn’t leave him much time to accrue at-bats in between, but that is his goal.

“If I continue progressing the way that I am, yes,” he will be ready for the start of the regular season, Cespedes said through an interpreter Sunday morning at Clover Park. “I feel good. I’m happy with the progress. Every day I’m still working to get better and better.

“It’s not as fast as I want it to be, but as the season approaches, I’m feeling like I’m really good right now.”

Manager Luis Rojas was not as firm about when Cespedes might return or optimistic about the season opener.

“You gotta respect him saying that,” Rojas said. “He’s a guy that sets himself goals. But there’s no timeline for me.”

That Cespedes wanted to comment at all on his status as he recovers from his ankle surgery last May — following heel surgeries in 2018 — was unexpected. Last Monday, he announced a season-long media boycott when approached by reporters for an interview in the Mets’ clubhouse. “Not today, not tomorrow, not at all this year,” he said.

Six days later, Cespedes opened a nine-minute news conference with a preface that he did not want to talk about “the past.”

“I committed an error and I paid the price for it,” he said. “Today I’ll be talking about the present and the future.”

The error: a brush with a wild boar on his property near Port St. Lucie, which led to multiple fractures in his right ankle. The price: at least the rest of the 2019 season and many millions of dollars. Because of that accident, he and the Mets agreed to reduce his 2020 salary from $29.5 million to $6 million (plus bonuses based on plate appearances and days not spent on the injured list with a related injury).

When he signed that contract — originally four years and $110 million after the 2016 season — Brodie Van Wagenen, his agent, negotiated on his behalf. Now Van Wagenen is the Mets’ general manager and Cespedes’ boss.

Cespedes said they have not spoken as much since “the whole incident.”

“But I think the relationship is still going to go well,” he said.

On a scale of one to 10, 10 being the highest, how motivated is Cespedes to have a good season?

“Twelve,” he answered in English.

But that motivation does not come from wanting to reach the incentives now built into his contract, he said. It comes from the naysayers.

“The money is important, but regardless, I was going to come in with the same motivation whether the money was the same or any different,” he said. “The most important part, the big part of the motivation is the people who have been out there and have been saying that I can’t do it. So I’m going out there to prove that I can.”

Every day since September, he said, he has woken up at 5 a.m. to get treatment and work out. What time does that require going to sleep?

His participation in the Mets’ workouts has been limited, but Cespedes estimated he is running at about 80% of full speed and is doing even better (90-95%) in his defensive progression. In recent days, he has faced Mets pitchers during live batting practice, too. He has not begun baserunning.

Cespedes’ baseball future hinges on his legs. For years before his heel surgeries, he dealt with various leg injuries, and the thought during the second half of the 2018 season was that operations to remove the bone calcification in his heels would fix the issue.

Nineteen months since he last played in the majors, Cespedes reiterated that his availability — as well as his ability to have a 40-homer season, as he told ESPN analyst/former Mets managerial candidate Eduardo Perez he would — depends on his legs. That is the biggest question mark.

“If my legs are ready for Opening Day, I’ll be ready to go,” Cespedes said. “It’s all dependent on my legs. When it comes to hitting, that’s one of the things that I’m not worried about, because that’s one of the skills you never forget.”