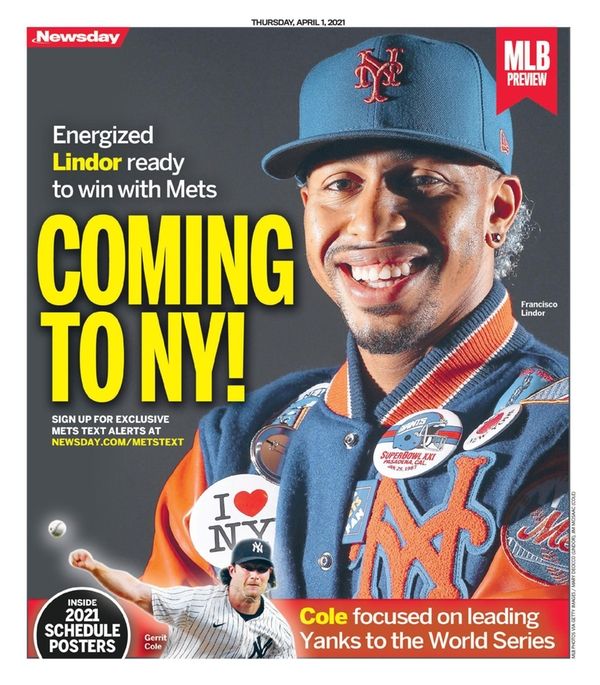 If there is a theme to this new baseball season, it’s “Coming Back,” as the game attempts to chart a return to some kind of normalcy after a year ravaged by the COVID-19 pandemic. Last season’s 60-game sprint to the postseason hardly seemed fair, but the cardboard cutout fans showed up anyway. Some baseball is better than no baseball.

While the virus continues, the game is holding its breath as it makes another first pitch. This section is Newsday’s first pitch to you.

For the Yankees, just making the playoffs is not enough, and they have assembled a team designed to win a 28th World Series. The Mets are generating excitement funded by new ownership, which brought in All-Star Francisco Lindor to lead a charge into the playoffs.

Along the way we examine each franchise’s all-time best team and also note the 100th anniversary of baseball broadcasts on radio. And our annual Baseball 101 tutorial, addresses some of the game’s most memorable comebacks, crowned by the night MLB returned from the Sept. 11, 2001 terrorist attacks.

So digest our stories, power rankings, statistics, predictions and more. Come back to the game . . . it’s open season.