Turns out, it was time for Steven Matz to leave home behind.

From the time he made his major-league debut with the Mets in 2015, one narrative had consistently followed him. He was Long Island’s Steven Matz, the homegrown Mets fan living the dream. When he’d take the mound, the stands would be dotted with family members, friends, old schoolmates and neighbors. In many obvious ways, it was a dream come true, but it also was a pressure cooker, and sometimes the weight of all that expectation looked too burdensome for him to lift.

His performances could be uneven. The lefthander struggled with the mental aspect of the game and, in 2020, he had the worst season of his career, pitching to a 9.86 ERA. So yes, while he’s glad the Mets gave him his shot, Matz also is very, very ready for a fresh start away from home with the Toronto Blue Jays.

"You’ve got a lot of friends and family at the games and everybody I grew up with is watching, so you want to have success, and I do think it’s a little bit of added pressure, especially in New York," Matz said Friday during a Zoom conference with reporters. "I think it’s made me a better person, a better pitcher being there, but I do agree [that it’s difficult to pitch at home]. 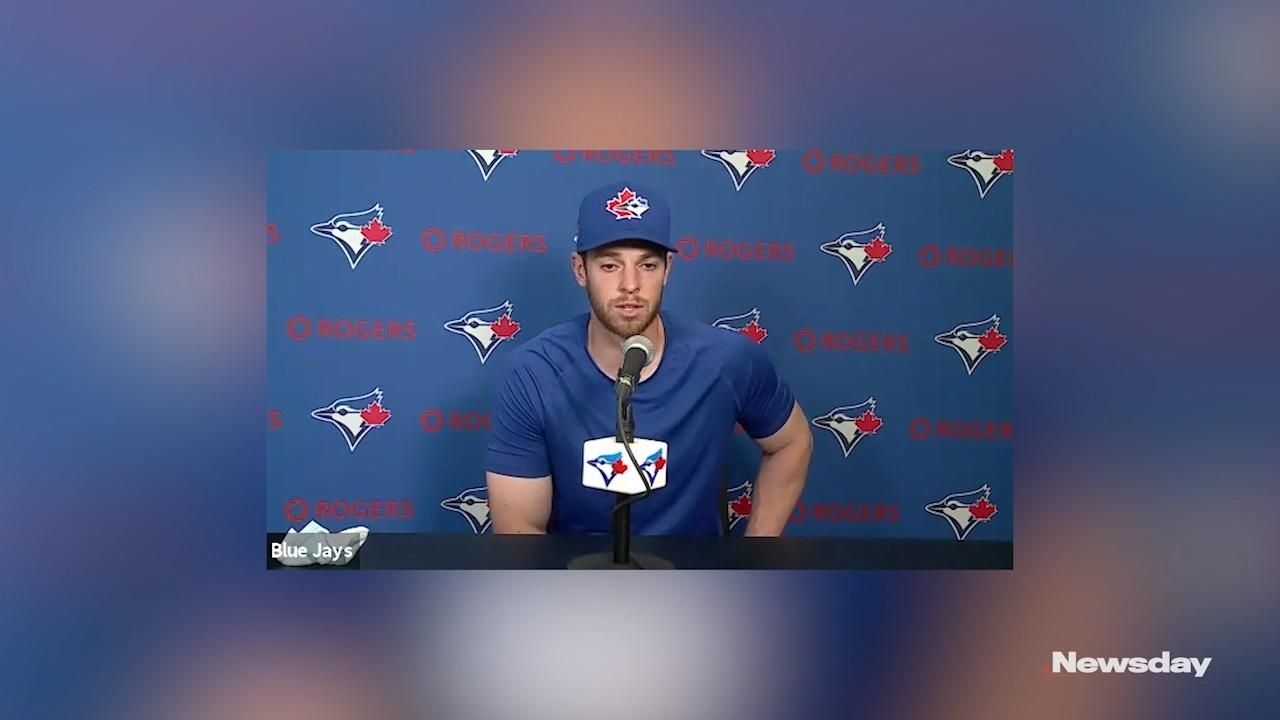 Ex-Met Matz gets a 'fresh start' in Toronto After being traded from the Mets, Long Island-raised Steven Matz talks about getting a fresh start in Toronto during a spring training Zoom call on Feb. 19, 2021.

"I do think being here with some new scenery and obviously the facilities and the staff around me, I think that’s what’s going to make me a better pitcher, so I’m definitely excited with that."

Though his interactions with Blue Jays pitching coach Pete Walker have been limited, he said the two already have built a rapport. He’s excited to be on a staff with other lefties — Hyun-Jin Ryu and Robbie Ray — and is planning to take advantage of the Blue Jays’ new (to him) staff and facility. The Jays also have mental performance coaches, he noted, and he hopes they can help him address any mental roadblocks in his game.

"I think I can talk to those guys and just continue to learn from my teammates," Matz said. "The same way I work on my craft, I think you can work on [things] physically and mentally as well."

His goal, he said, is to finally "master the craft as a whole," and he’ll continue to tinker with his pitches. And though he’s spent his entire career in the Mets’ organization, "the transition has been extremely easy," he said, "so I’m really excited to be here. It’s been really fun so far."

All that means he is very gladly putting his time with the Mets in its place.

"It’s been a long time with me with the Mets and I think I had my time to reflect, but I think at this point now, I’m really excited to be here, especially seeing this new facility, meeting this team, from the players to the staff, top to bottom, has been really exciting and it’s been really refreshing for me," Matz said.

"I think all that is now in the past. I’m extremely grateful for the Mets’ organization for giving me the opportunity and for my time there, but now all that is kind of behind me and I’m really looking forward to this season."