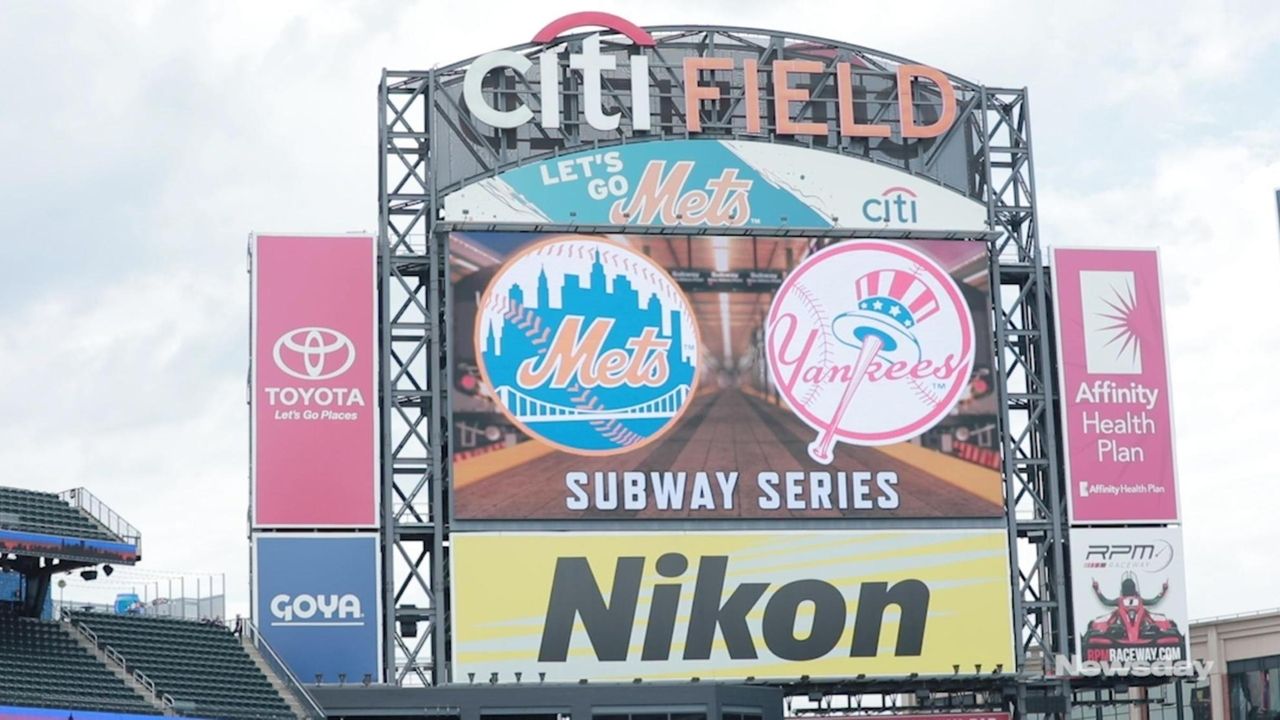 Fans from across the globe gathered at Citi Field on Tuesday to watch the Mets host the Yankees in the Subway Series. Credit: Newsday / Yeong-Ung Yang, Jeremy Erdheim

Zack Wheeler’s audition for the Yankees or whichever team the Mets may eventually trade him to went very well in the opener of Round 2 of the Subway Series at Citi Field on Tuesday night.

Wheeler contributed to a rousing Mets victory that shows the team still has life and won’t have to sell off its players by the July 31 trade deadline.

Slumping Michael Conforto lashed a go-ahead, two-run double off Zack Britton as the Mets rallied with three in the eighth to beat the Yankees, 4-2, before a sellout crowd of 42,150.

“It felt great,” Conforto said after the Mets’ second straight comeback win after a seven-game losing streak. “We’ve got to keep doing more of the same.”

The Mets were trailing 2-1 when Pete Alonso led off the eighth with a slow bouncer to third off Adam Ottavino (3-3). DJ LeMahieu bounced the throw for an error as Edwin Encarnacion, filling in for the injured Luke Voit, was unable to scoop it.

J.D. Davis, who homered off James Paxton in the sixth for the Mets’ first run, then lined a game-tying double to left-center just out of the reach of a diving Aaron Hicks. Alonso scored on a totally unnecessary and totally fun-looking belly flop slide over the plate.

Todd Frazier struck out, and Aaron Boone ordered an intentional walk to Robinson Cano. But Wilson Ramos lined a single to left to load the bases.

Conforto had one hit in his last 24 at-bats, including a strikeout and a pair of inning-ending double plays Tuesday. He lined Britton’s first pitch to left-center to give the Mets their first lead.

“That’s a good way to break out, for sure,” said Conforto, who was dropped to seventh in the order against the lefthanded Paxton.

The Yankees had won five in a row. They also saw their record 31-game streak with at least one home run come to an end. Boone said it was “certainly possible” the Yankees were fatigued after their successful trip to London over the weekend.

Maybe they need an infusion of new blood. Could Wheeler be that guy before the end of the month?

Mets general manager Brodie Van Wagenen watched Tuesday’s game in the centerfield bleachers with the diehard fans of The 7 Line, fulfilling a promise he made on Feb. 1. So at least for that time he wasn’t talking trade with Brian Cashman, his Yankees counterpart. Wheeler is hoping Van Wagenen never has to make that call.

“My mind is right here, right now,” said Wheeler, who allowed two runs in 6 1/3 innings. “I’m trying to help this team win, and the rest will take care of itself. I want to win here.”

Wheeler left trailing 2-1 as the Yankees scored two in the second on an RBI single by Gleyber Torres and run-scoring sacrifice bunt by Paxton, who picked up the first RBI of his career when Wilson Ramos threw to first without first checking back Torres, the runner at third. Torres scampered home without a throw as neither Ramos nor Wheeler covered home in time.

But Wheeler stiffened from there. The free-agent-to-be righthander overcame an early high pitch count (51 after two innings) to turn in a solid effort against the high-powered Yankees, who scored 29 runs in their two-game sweep of the Red Sox across the pond.

Wheeler allowed five hits and one walk, with eight strikeouts. He threw 116 pitches, two off his season high. If scouts were watching — and you know they were — they saw a pitcher who could help a contender down the stretch.

Mets manager Mickey Callaway said there is still time for the Mets to become one of those contenders.

"There’s a ton of value to a guy that pitches deep into games, strikes out guys,” Callaway said of Wheeler before the game. “The bottom line is we haven’t put ourselves in a position to totally rule [a trade] out, win and loss wise. So it’s a tough position we’re in. You hate to lose anybody, but that becomes a reality at some point.

“We’re hoping these next five games before the All-Star break can tune some of that out and we can get on a roll and put ourself in a position where we keep all of our guys and make a run at this thing.”