TAMPA, Fla. – Even as he was scheduled to undergo surgery later in the day, Aaron Boone’s thoughts were of his players and the Yankees organization.

And so, general manager Brian Cashman said late Wednesday afternoon, Boone chose to speak to Yankees staff and then players from his bed at St. Joseph’s Hospital in Tampa, where later in the day the fourth-year manager underwent surgery to receive a pacemaker.

"I just think it speaks to [how] it’s about others first from his perspective," Cashman said. "I think the way he goes about his business is, it’s about service almost for others. He thinks of himself last and not necessarily first. I think that’s why he’s such a good leader."

Earlier in the day came news that was shocking when the club announced Boone would be taking "an immediate leave of absence" for the procedure. 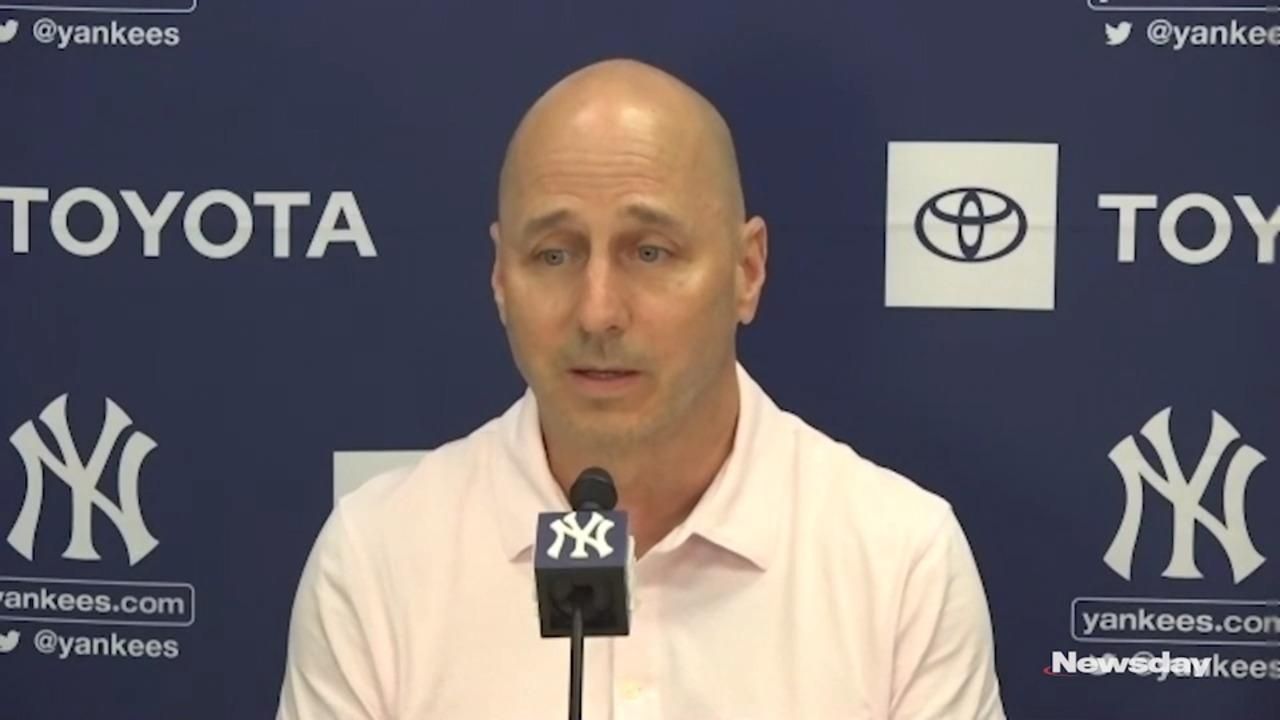 The Yankees announced about 6 p.m. Wednesday that Boone was "out of surgery and in the recovery room at St. Joseph’s Hospital. The procedure went as expected."

Later that evening, the Yankees in a statement said, "As previously planned, Manager Aaron Boone will spend the night at St. Joseph’s Hospital to rest and recover. He is currently in good spirits."

The leave of absence is not expected to be a long one, with Boone saying in a statement he expected to return to work "in the next several days."

"As many of you know, I underwent open-heart surgery in 2009, and I wanted everyone to understand where I’m at regarding the procedure that’s taking place today," Boone, 47, said to open the statement, released by the team early Wednesday afternoon. "Over the last six-to-eight weeks I’ve had mild symptoms of lightheadedness, low energy and shortness of breath. As a result, I underwent a series of tests and examinations in New York prior to the beginning of spring training, including multiple visits with a team of heart specialists. While the heart checkup came back normal, there were indications of a low heart rate which, after further consultations with doctors in Tampa, necessitates a pacemaker."

Cashman said Boone made him aware of how he was feeling "a few days ago," and that it might have to be addressed with a pacemaker. 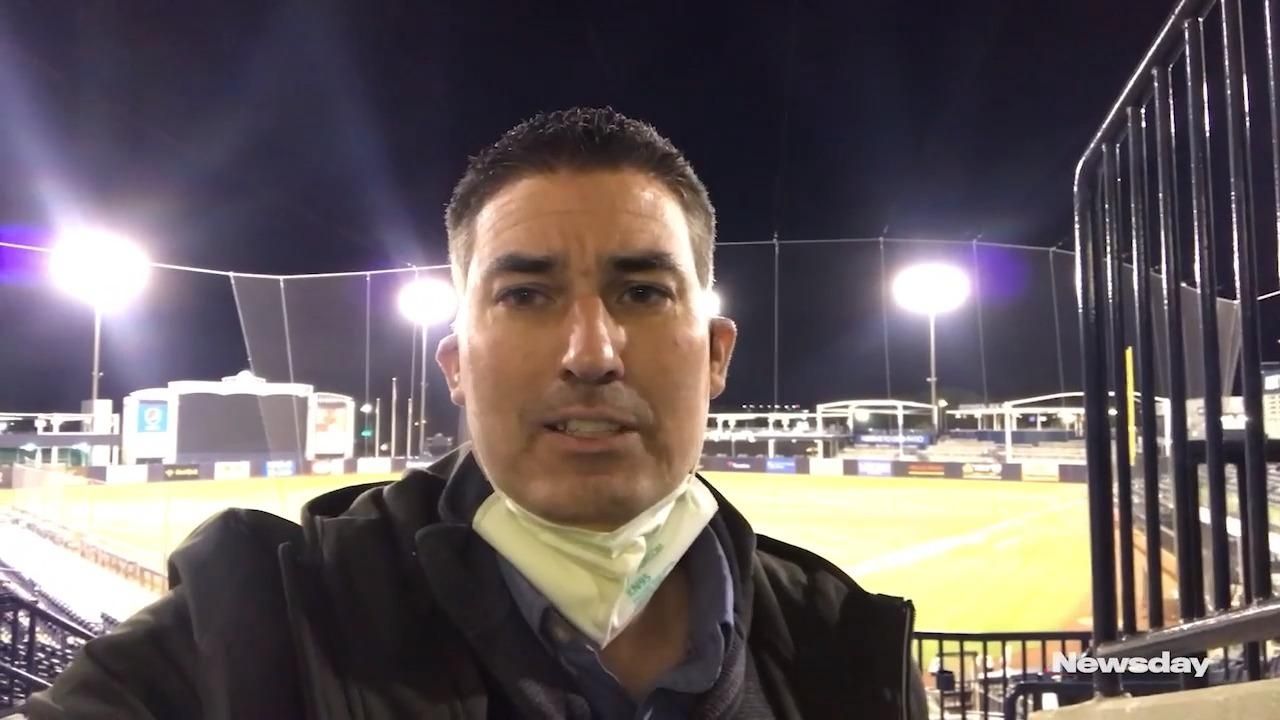 "The Yankees’ standpoint was, ‘hey, whatever, take the time, leave now, whenever is the best for you," Cashman said. "Nothing’s more important than your health and your family."

Said managing general partner Hal Steinbrenner in a statement: "The thoughts of the entire organization are with Aaron and his family as he undergoes this procedure and takes the time he needs to properly heal. Aaron leads our players, coaches and staff with a rare combination of work ethic, intelligence and a genuine concern for others. Our only priority at this time is Aaron’s health and well-being, and we will support him in every way throughout his recovery."

Cashman said Boone’s video addresses were designed – and succeeded – in putting everyone "at ease." Boone’s private conversation with Cashman earlier in the day did the same for the longtime GM.

"Just the way he communicated with me put me at ease," Cashman said. "My takeaway was, if he’s in a really good place, then I’m in a good place."

Bench coach Carlos Mendoza will fill in for Boone as long as he is out, which is not expected to be long.

"This is what we would consider a routine procedure," Joseph Germano, DO, the Director of Cardiac Electrophysiology at NYU Langone Hospital-Long Island, said by phone Wednesday. "It is a minor surgical procedure [and] we can never say that it has no risk, of course, but it is a routine procedure and I would expect the complication rate is very low."

Dr. Germano, who does the surgery regularly – and characterized himself as "a huge Yankees fan" – said Boone shouldn’t be restricted in how he goes about the job – including arguing with umpires and the like – once he returns.

"There are some mild physical restrictions after a pacemaker, like lifting heavy objects, or raising your arm over your head, but essentially normal activities you can pretty much resume almost immediately," he said.

Which was essentially Boone’s message to the team.

"It definitely did," Brett Gardner said of Boone’s video offering reassurance. "Anytime you hear about the heart, it’s very, very concerning. Obviously, he’s had some issues there before so our first thoughts (as players) go to him and his well-being, but obviously his first thoughts go to his players and our well-being and making sure we feel at ease with what he has going on. It was good to see that he’s at ease and he feels confident about what he has going on today."

Mendoza said it was reassuring to see Boone on the daily Zoom staff meetings that take place, even with Boone participating from the hospital.

"Everybody was able to see his face, and that made me feel a lot better and all of us around here made us feel a lot better," Mendoza said. "We are praying for him for a quick recovery. We are praying for his family and obviously we’ve got his back. And knowing Boonie, he wants to make sure that we all here staying positive and getting our work in."

Lennon: Even when facing heart surgery, Boone thinks of othersBoone maintains a calm demeanor with whatever situation occurs with the high-profile Yankees, and he has done the same with his own health. Yankees GM explains Boone's medical situationYankees general manager Brian Cashman talks about manager Aaron Boone having a pacemaker put in ...