Aaron Hicks is pumped after his three-run home run gave the Yankees a 6-3 lead in the third inning against the Indians in Game 2 of the ALDS on Friday, Oct. 6, 2017 Credit: Newsday / J. Conrad Williams Jr.

CLEVELAND — The Yankees didn’t cower at all against Indians starter Corey Kluber in Game 2 of the AL Division Series on Friday night.

In fact, the Yankees reached Kluber for six runs and knocked out the AL Cy Young award candidate after 2 2/3 innings. That’s after the Yankees were shut out by Trevor Bauer and the Indians bullpen in a 4-0 loss in Game 1.

The Yankees built an 8-3 lead after 4½ innings on Friday, only to see the Indians tie the score on Francisco Lindor’s grand slam off Chad Green (and the rightfield foul pole) in the sixth and Jay Bruce’s solo shot off David Robertson in the eighth. 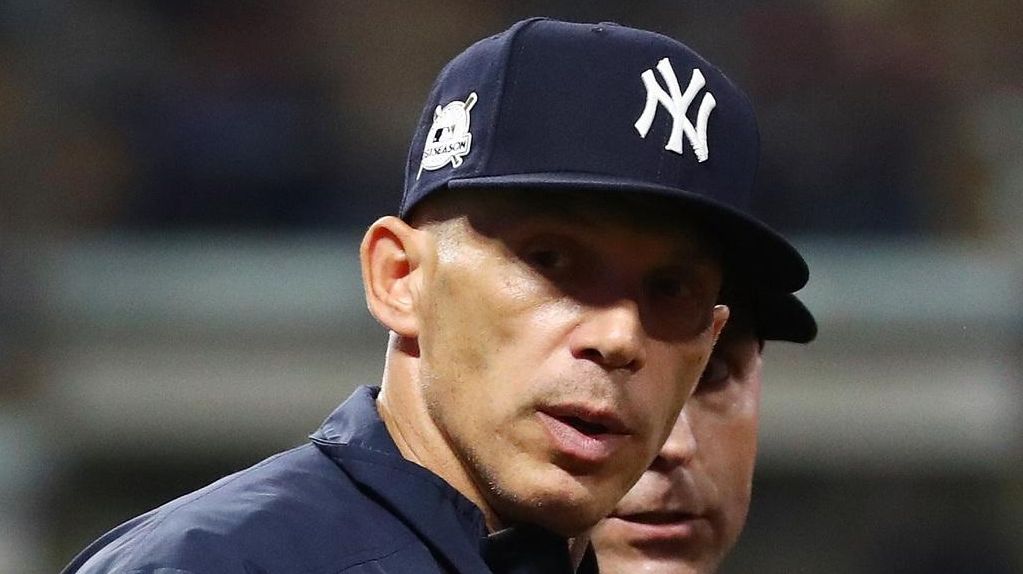 The Yankees bats went cold against the Indians bullpen after the fifth inning. In innings six through 13, the Yankees did not score and were held to three hits.

Gary Sanchez got things started with a 406-foot, two-run home run to center off Kluber in the first.

Kluber, who was 2-0 with a 1.59 ERA against the Yankees in 2017 and 5-1, 1.80 in his career, was wild from the start. Nine of his first 14 pitches were balls and he walked Aaron Judge ahead of Sanchez’s homer. Kluber needed 38 pitches to get through the first.

The Indians tied it in the bottom of the first against CC Sabathia on Carlos Santana’s two-run single. Cleveland added a run in the second on an RBI single by Jason Kipnis. Two of the runs were unearned because of errors by Yankees third baseman Todd Frazier in each of the first two innings.

Trailing 3-2, the Yankees scored four in the third. Sanchez led off with a single and moved to second on a grounder. Starlin Castro tied it at 3 with an RBI single and Greg Bird followed with another single.

Aaron Hicks, who has started all three postseason games in centerfield, then hit a three-run homer to right to give the Yankees a 6-3 lead and end Kluber’s night.

When Greg Bird hit a two-run homer just inside the rightfield foul pole off Mike Clevinger in the fifth, the Yankees had what looked to be a comfortable 8-3 advantage.

But first their bullpen went south and then so did their offense against the Indians bullpen.

The Yankees’ best chance in extra innings came when Frazier opened the 11th by reaching second when third baseman Erik Gonzalez fired his grounder into the photographer’s area behind first base.

Yankees manager Joe Girardi sent Ronald Torreyes in to pinch run for Frazier at second. On the first pitch to Brett Gardner, Torreyes was picked off by Gomes.

Torreyes was called safe by second base umpire Brian O’Nora. But the Indians challenged the call and Torreyes was correctly called out after a replay review of 2:18.