But Aaron Boone isn’t ready to declare his rightfielder a healthy player, either.

Judge, held out of Wednesday’s 4-3 loss to the Orioles at the Stadium with what Boone called "general soreness" in his left side, did not play Friday in the Yankees' 10-5 loss to the Rays at Tropicana Field, and his situation still was a bit of a mystery.

"Not something we want to aggravate," Boone said.

But aggravate what, exactly?

Judge, who took batting practice with his teammates outside before the game and hit in the cage earlier in the day, missed 54 games during the 2019 season with a left oblique strain. On Wednesday, Boone said he didn’t believe the current soreness was related.

Some of Judge’s BP before this one at Tropicana Field pic.twitter.com/7CsWGf8OP3

Friday brought no more clarity, other than Boone saying no tests had been ordered and that Judge was undergoing treatment.

Asked directly if the issue was the oblique, Boone said, "I’m not sure. I don’t feel good about calling it one thing or the other. I think he’s just dealing with some soreness a couple of days ago that kind of lingered on him a little bit. Some of that’s subsiding now. We haven’t defined it as a specific what it is."

Regardless, until Judge is back in the lineup, the narrative about his inability to consistently stay on the field will persist. It's been a running narrative since 2018, the year after his AL Rookie of the Year season of 2017, when he appeared in 155 games.

Judge missed 45 games in 2018 after being hit by a pitch and suffering a chip fracture in his right wrist. After being limited to 102 games in 2019, he spent time on the IL last season with a right calf strain that helped limit him to 28 games in the COVID-19-shortened 60-game schedule. 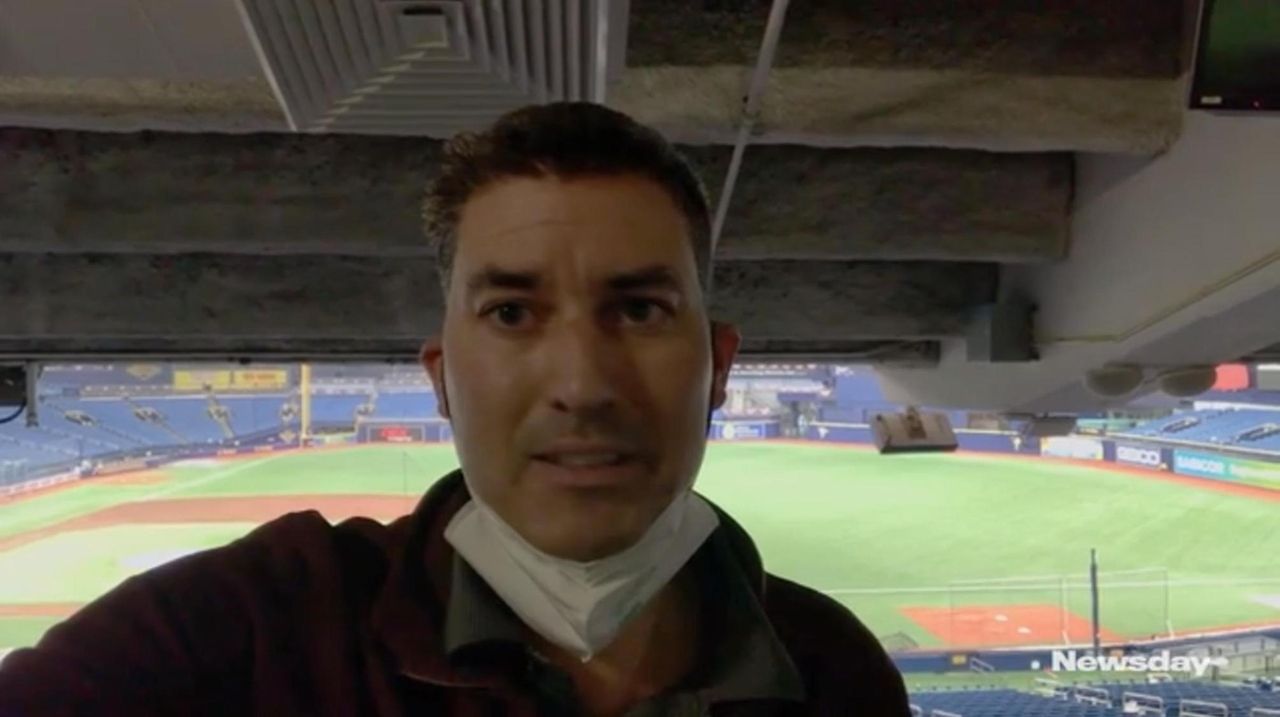 Yanks have day to forget with Judge mystery, loss to Rays It was a rough day in the Tampa Bay area for the Yankees on Friday after an Aaron Boone news conference created more questions than answers regarding Aaron Judge's mysterious injury, plus a disappointing performance against the Rays later in the day. Newsday's Erik Boland breaks down the day from Tropicana Field in St. Petersburg, Florida. Credit: Newsday / Erik Boland

Judge’s health heading into 2020 already was a question after he sat out all of the first spring training dealing with the right rib fracture and partially collapsed lung he suffered in September 2019 when he dived for a ball in the outfield. Judge was healthy when spring training resumed in July 2020.

"We’ll see where we’re at in 24 hours," Boone said. "It’s simply wanting to play the long game and not force [him] back in. Just to be safe at this point right now."

The Yankees placed third baseman Gio Urshela on the COVID injured list on Friday because of side effects from receiving his vaccination. Mike Ford was recalled from the team's alternate site.

Rieber: Will Aaron Judge ever stay healthy for the Yankees?Once again, the real action with the rightfielder is taking place in the trainer's room and not on the field.