TAMPA, Fla. — It is easy to pick Aaron Judge as the player the Yankees can least afford to lose from the everyday lineup.

That’s because the Yankees have been there before, and the evidence was overwhelming.

Last season, as any Yankees fan will remember, Judge missed a significant portion of the second half after suffering a chip fracture of the right wrist, the result of getting hit by a fastball thrown by the Royals’ Jakob Junis.

When Judge went to the disabled list July 27, the Yankees were 65-36, only 4 1/2 games behind the AL East-leading Red Sox. The Yankees didn’t fall into a sinkhole without him but looked far different, going 25-20 until he returned as a defensive replacement Sept. 14.

What were the Yankees missing with the 6-7, 282-pound rightfielder out?

"The impact he has with everyone in that room,” Aaron Boone said the day he was activated. “Being still a very young player, when Aaron speaks, people listen. He’s an outstanding competitor, outstanding teammate and someone you always want around impacting other people.”

During an interview earlier in spring training, Boone said he didn’t fully grasp Judge’s competitive nature until he began managing him and seeing him on an everyday basis.

"The elite competitor that he is,” Boone said. “I knew obviously Rookie of the Year [in 2017], the 52 homers, he’s a great player. Having met him a little bit but not really knowing him, you see the way he carries himself, treats people, all that is confirmed. But really to be around him all the time and see the kind of relentless rip-your-heart-out competitor that he is was awesome, but probably something that I wasn’t aware of.” 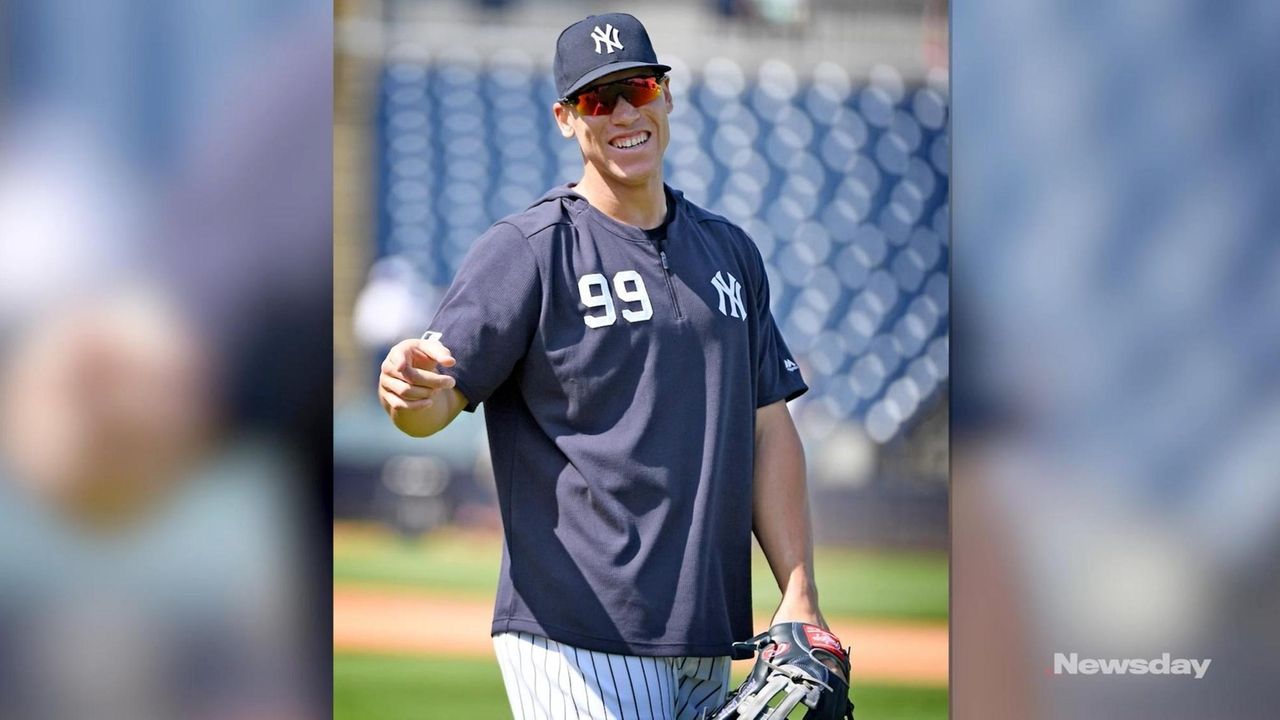 Aaron Judge 'excited to get this thing going' At a news conference at George M. Steinbrenner Field in Tampa, Fla., on Tuesday, Yankees slugger Aaron Judge said he feels 100% healthy, he's excited about the team's offseason acquisitions and he's ready to help the Bombers win the World Series in 2019. Credit: Newsday / Thomas A. Ferrara

Judge, now 26, followed up his American League Rookie of the Year campaign in 2017 — when he hit 52 homers, drove in 114 runs and finished second in the MVP voting — by hitting 27 homers and driving in 67 runs last year.

But those statistics don’t tell a complete story of his season. Judge hit 25 homers before the All-Star break, becoming the fourth player to hit that many before the break in two different seasons as a Yankee, joining Roger Maris (1960-61), Mickey Mantle (1956, 1961) and Jason Giambi (2003, 2006).

But another season in which he looked primed for an MVP run was cut short because of the wrist injury, and Judge ended up playing in only 112 games. The Yankees were 73-39 in games in which he appeared. He led the club’s regulars in on-base percentage (.392), slugging percentage (.528) and OPS (.919).

"We all know he’s a game-changer,” Red Sox manager Alex Cora said of Judge last September, shortly after he returned to the Yankees.

And, the numbers say, the player the Yankees need on a daily basis more than any other.

Despite being limited to only 112 games last season, Aaron Judge put up some solid numbers:

Sizing up the 2019 YankeesErik Boland breaks down each position group for the Yankees in 2019. Yankees have all the pieces to win a titleTAMPA, Fla. — An opposing team talent evaluator cut himself off a couple of times ... David Lennon's 2019 AL power rankingsA look at how the American League teams compare with one another heading into the 2019 MLB season. Newsday's 2019 baseball previewIt is time for a change of pace. That is the 2019 theme for New ...