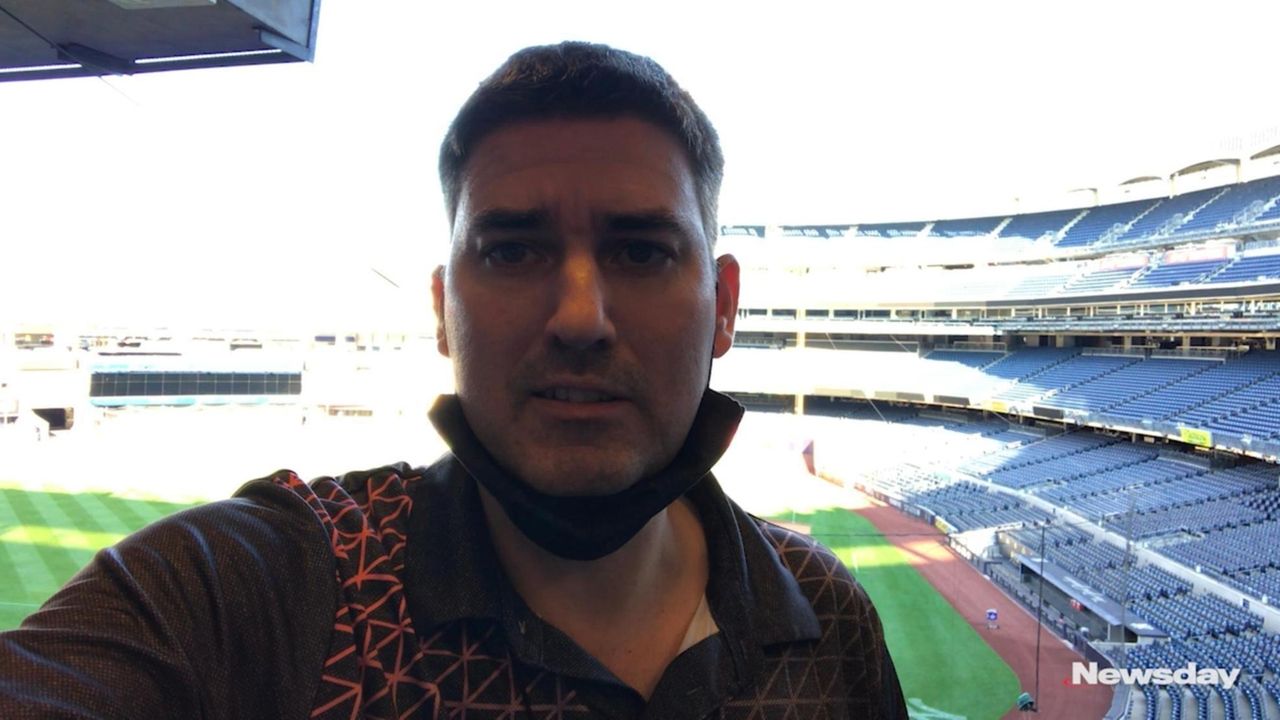 The stiff neck that started bothering Aaron Judge on Saturday morning, an ailment Aaron Boone initially characterized as not “that big a deal,” has kept the rightfielder from doing work on the field the past two days.  But the indication Monday was that he has shown improvement.

On Saturday afternoon, the Yankees announced Judge as a late scratch for that night’s intrasquad game because of neck stiffness.  “It just locked up on him when he woke up, just slept on it a little weird,” Boone said Saturday. “Hopeful he can be in there tomorrow, but we’ll just see. I don’t expect it to be a long-term thing.”

That remains the expectation.

“Better today,” Boone said after Monday’s workout at the Stadium. “Was able to do some more stuff. He's actually in there [inside], working out right now in the weight room. [He] was able to take some swings in the cage, so another good step for him today. We'll see if he’s in there tomorrow or not. We’ll see how he’s doing tomorrow, but a pretty good day overall.”

Of how the improvement showed itself, Boone said: “He's got way more range of motion and they've [medical personnel] gotten a lot of pain out of there when he turns to the side and things like that. So I think quite a bit better today.”

But Yankees fans can be forgiven if they take their own wait-and-see approach, one that includes a healthy dose of skepticism. After all, just last year, the Yankees sent an MLB-record 30 players to the injured list, and in many of those cases, the injuries originally were publicly downplayed.

Boone had expressed hope that Judge would be in one of the intrasquad lineups Sunday. Not only was he not in the lineup, but he was not seen on the field at any point during the time when the media was allowed inside the Stadium.

That again was the case Monday. After a series of simulated games and then some extensive pitchers’ fielding practice and infield work, the outfielders in camp with a chance to make the Opening Day roster came out, with the exception of Judge.

Giancarlo Stanton and Mike Tauchman worked primarily in left, Brett Gardner and Aaron Hicks in center and Clint Frazier and Tyler Wade in right. (Frazier has been dealing with a bout of plantar fasciitis that has limited him mostly to DH duties during the first set of intrasquad games).

Judge missed the vast majority of the first spring training with a right rib fracture and punctured lung, injuries he and the club traced back to a diving attempt on a fly ball during a game last Sept. 18 at the Stadium against the Angels (and not concretely diagnosed until the first week of March). Judge did not swing a bat during spring training and was limited to conditioning and light field work as the pain and discomfort lingered.

Boone said it is too early in Judge’s career to conclude he has durability issues, in large part because of the fluky nature of some of the injuries — the right wrist fracture after getting hit by a pitch in 2018 and the right oblique strain suffered on a swing last season, for example.

“I do think he’s smart about how he takes care of himself,” Boone said. “There’s no question he’s had some things, but I feel comfortable with, first of all, the work he does and what he puts into making sure he takes care of himself with the ability to post [every game] and he understands the importance of it. Time will tell, but I do feel like it is something that it’ll prove out that he’s a durable guy. I do feel that way.”