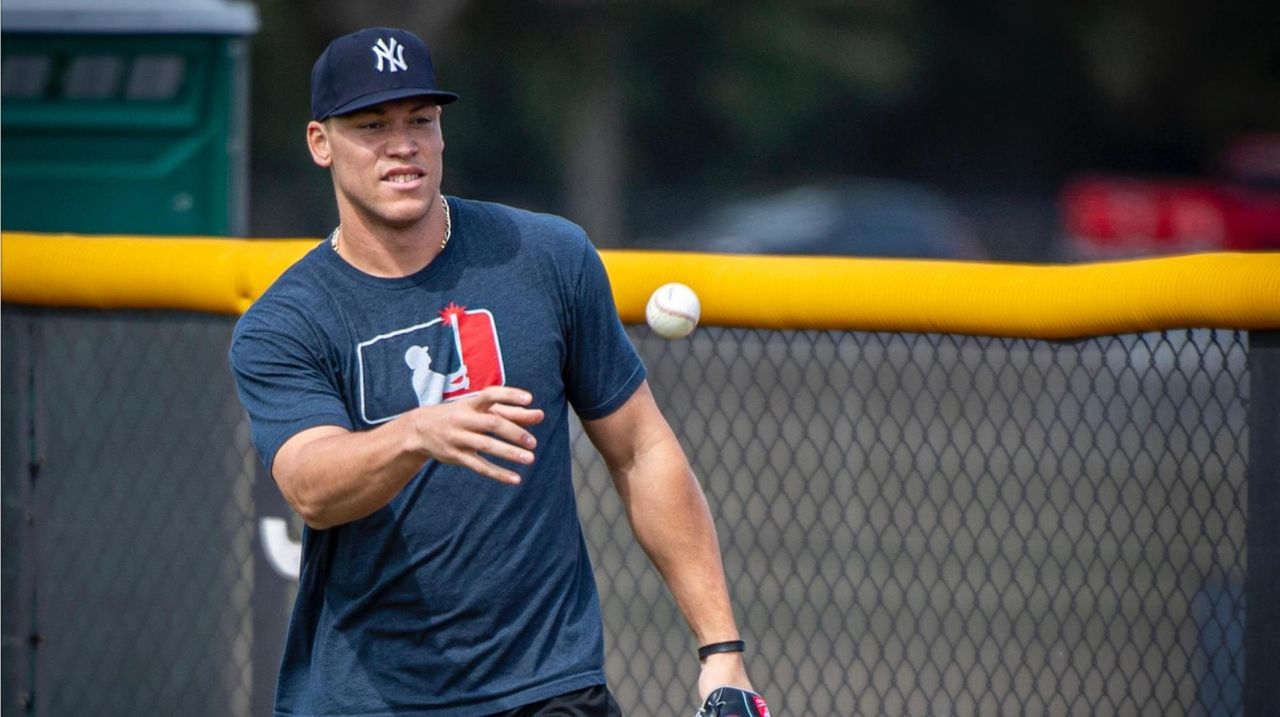 TAMPA, Fla. – Aaron Judge started the spring with a bum right shoulder, one that has kept him from taking batting practice for about a week, including on Tuesday when the Yankees took the field for their first full-squad workout of the spring.

Judge and Aaron Boone stressed the rightfielder, who will not play in Saturday’s Grapefruit League opener, has only experienced mild discomfort in the shoulder – which started a couple of weeks ago when the Judge reported to Tampa to start his spring work in earnest – and that is not a concern.

Still, given the MLB-record 30 players the Yankees put on the injured list last year, many of them landing there after the injuries were initially downplayed, the panic that took over much of Yankees’ universe on social media was understandable.

“I've been hitting since early November, and working out since early November, and once I got down here, hit on the field, hitting outside, just thought it would be best [to pause],” Judge said Tuesday. “I just felt a little soreness up in the shoulder. Nothing alarming, nothing that I was like, ‘Hey, we need to really check this out."  So I said, ‘Hey, we’ve got plenty of time going into spring training.’ Let's take it slow these next couple days, make sure everything's right, and then kind of go from there.”

Boone said as a precaution Judge underwent an MRI.

“We did put him through a battery of tests, he had the MRI and everything,” Boone said. “It was what his shoulder’s always been, not much change. So we don’t think it’s a big issue. But while we have the time on our side, we want to be smart and get this out of there completely and then we roll. But he’s able to do a lot of things already.”

Most of those things did not occur Tuesday. Judge took the field with the rest of the outfielders and stretched but went inside when they began playing catch. Judge returned to take hard ground balls in right, center and left. He did throw upon fielding them, though none of the other outfielders did, the balls instead tossed into a bucket.

“I don’t anticipate it delaying the season, but he won’t be playing Feb. 22 (in the spring opener),” Boone said. “Hopefully not much behind that, but we’ll treat it very conservatively.”