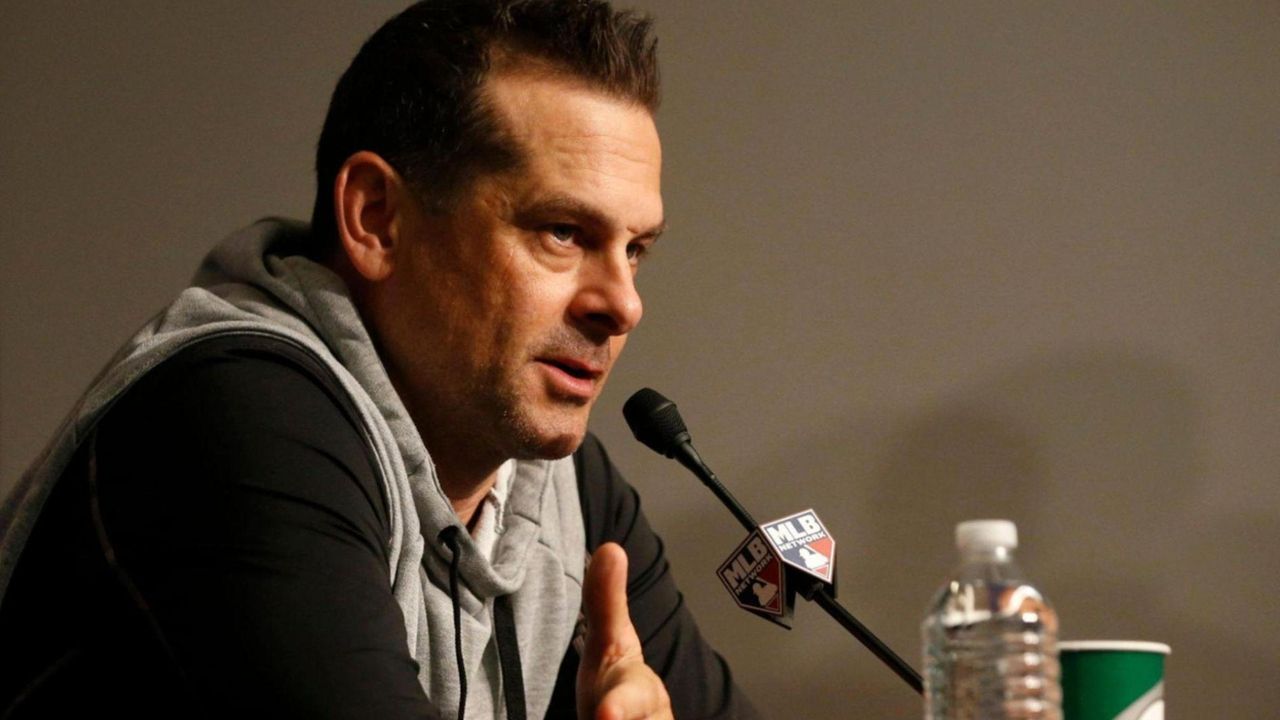 On Sunday at Yankee Stadium, the Yankees talked about the rivalry against the Boston Red Sox and how they are looking forward to what they anticipate will be an electric atmosphere in Games 3 and 4 of the American Leage Division Series at home. Credit: News 12 Long Island

Ace is the place where Luis Severino started this season. A baffling second half did not erode the organization’s opinion of him, and he will start against the Red Sox on Monday night with a chance to move the Yankees within one victory of clinching this Division Series.

“A little bit of a head-scratcher because we were still kind of seeing the velocity,’’ the manager said Sunday. “But you also — I can attest to this — it’s a really hard game, and this is a young man that’s still evolving, I think, as an elite starting pitcher . . .

“So I would say the thing I kept falling back on and that I was at least encouraged by is I didn’t see any red flags as far as, man, the velocity’s down or just something that leaped off the screen to me anyway that suggested that he couldn’t right the ship. You know, I felt like there were some minor things that he could do from just a sharpening of the stuff, sharpening of the command, missing location a little bit too much over the course of games. We saw him start to get that back towards the end of the season. We   started to see him really turn the corner at the end of the seasonand, I think, kind of get that swagger and that confidence back.’’

That earned Severino his successful wild-card start against the A’s. “I always have confidence in myself,’’ he said. “I know my struggle, and I know what it was that wasn’t working that time. So I never lose my confidence in myself. The last couple outings, I came back and doing a better job.’’