The Yankees' Brett Gardner  is congratulated by Kyle Higashioka, left, and Gleyber Torres after hitting a two-run home run in the seventh inning of Game 1 of an American League wild-card series at Cleveland on Sept. 29, 2020. Credit: AP/David Dermer

The last unfinished piece of heavy lifting for the Yankees this offseason would seem to be re-signing Brett Gardner for a 14th season in pinstripes.

But general manager Brian Cashman would not tip his hand on Friday in a Zoom news conference with reporters.

"Brett’s a free agent," Cashman said. "Can’t really elaborate further than that because of the rules between Major League Baseball and the Players Association. But clearly, I and we have been a big fan of Brett for quite some time and I think Brett’s honored that assessment for quite some time, too, because he’s been a great Yankee. So we’ll see how things transpire here over the coming weeks, but he’s obviously still on the board." 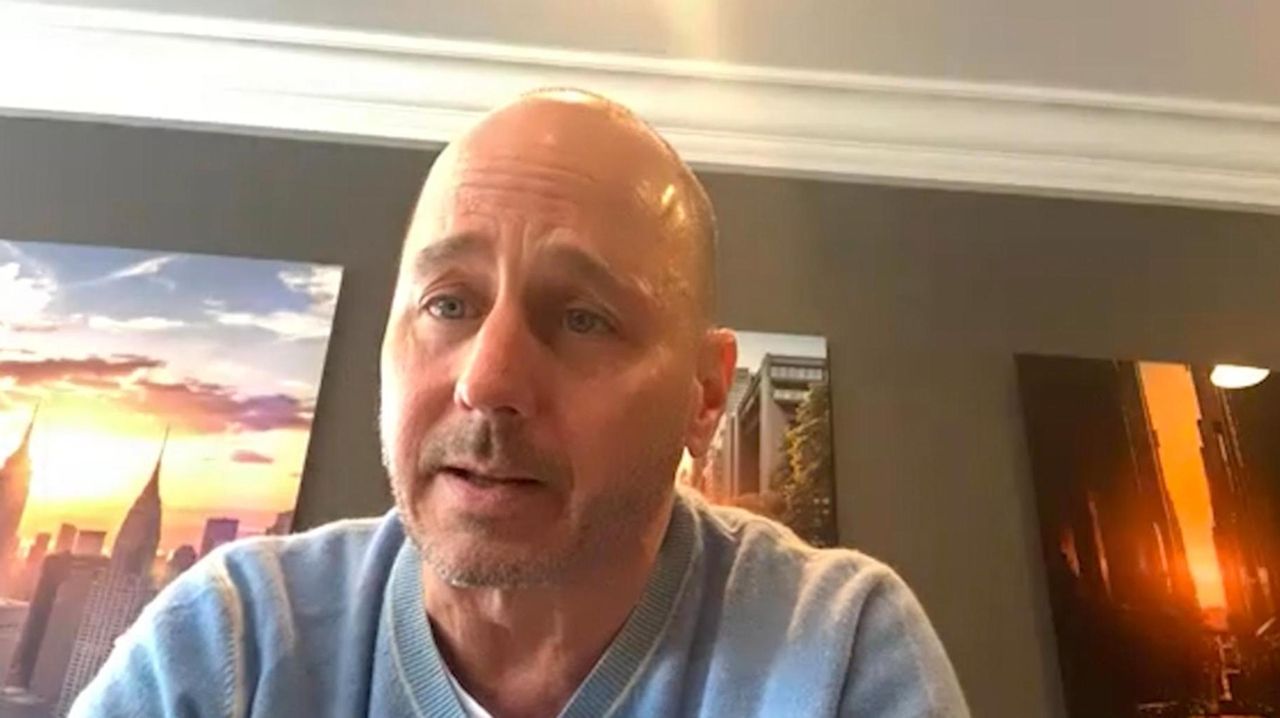 Yankees think risk was worth it for Kluber, Taillon Yankees general manager Brian Cashman and manager Aaron Boone said the team did its due diligence before signing Jameson Taillon and Corey Kluber. Credit: New York Yankees

Cashman responded to DJ LeMahieu’s confusion from Thursday about why it took so long to complete his six-year, $90 million contract to re-sign. LeMahieu said he didn’t understand why it couldn’t have been done in two weeks.

"If DJ wanted it over in two weeks, he could have just said yes to my first offer," Cashman said with a chuckle. "But he said no. So he dragged out stuff, as far as I’m concerned. He’s just as guilty as we are in terms of why it took so long. But I think we’re both very pleased with the outcome — got a great player, a great Yankee."

Asked what that first offer was, Cashman said: "A lot less than the current one he signed for was. So I guess not only is he a good player, I guess he was smart to turn it down."

Cashman said he wasn’t thrilled to have traded Adam Ottavino to the Red Sox to gain payroll relief. He said he had two concrete offers for the righthander and that Boston’s was the best one.

Cashman pulled the trigger knowing that Ottavino will be a prime weapon for the Red Sox against the Yankees’ almost exclusively righthanded lineup.

"The last thing I wanted to do was put him in the hands of our competitors," Cashman said. "But ultimately, I’m not afraid to do business with anybody if it serves whatever our purposes happen to be . . . Hopefully, my fan base understands why we’re doing what we’re doing. Ultimately, no one’s going to care if we were successful, and that’s the ultimate goal is trying to be successful."

Cashman said righthander Domingo German, who was suspended for the end of the 2019 season and the entire shortened 2020 regular season for violating MLB’s domestic violence policy, is on track to report to spring training to try to claim a rotation spot.

"He’s going to be coming to major league spring training and we’ll have a sit-down, in-person conversation when that happens," Cashman said. "We have connected with him, clearly, via smartphone, but we were going to meet in person when we get to Tampa and we’ll take it from there. Look forward to getting him back in the fold. I can report, so far, everything’s going well with him and his family."

Cashman said he is continuing to plan for a spring training that is scheduled to begin with pitchers and catchers reporting to Tampa on Feb. 15.

"There’s a lot of unanswered questions," he said. "We’re still waiting. There’s speculation of what the amount of players you can bring in [will be]. There’s some guidance of what it probably is going to look like, but there’s important conversations that are still needing to be resolved between the leaderships of Major League Baseball and the Players Association.

"So all 30 clubs right now are operating on a little bit of a vague general framework . . . We’re doing as much planning and prep as we possibly can without full and complete information. But hey, that’s OK. We know these subjects are very difficult and we know these subjects are certainly involving a lot of information about health and guidance."