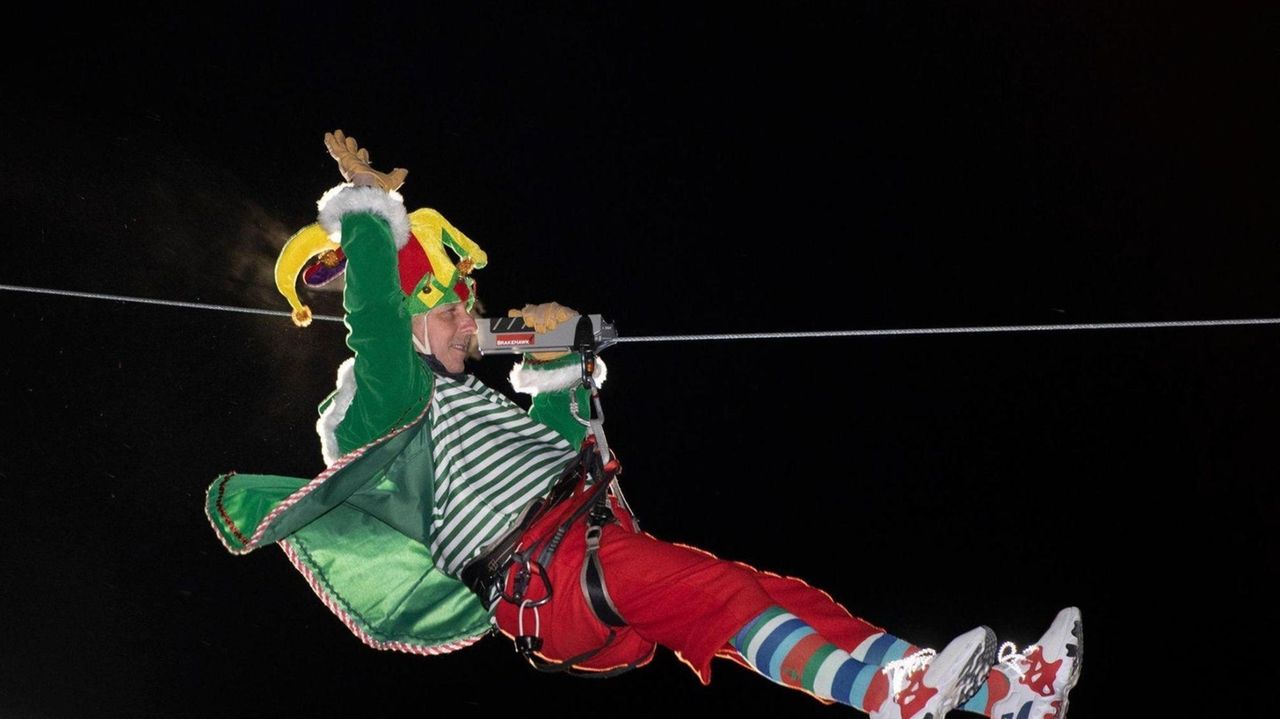 STAMFORD, Conn. — This time there weren't any signs literally hanging from buildings imploring Brian Cashman to sign Gerrit Cole, as had been the case Friday.

Not that he needed them.

On Sunday, on the eve of the winter meetings, the Yankees' general manager was adamant that he is focused on improving his team. Whether the improvements will include Cole is a question that has yet to be answered, but that situation is expected to dominate the meetings in San Diego.

“We’re going to make a strong effort to improve upon our club,” Cashman said after the annual Heights & Lights event in Stamford, where he rappelled down the 22-story Landmark building before helping to light a holiday tree.

Cashman, who is scheduled to fly to San Diego on Monday morning, stressed that while he would like to get something done this week, it is not imperative.

“If we wind up with something, we’ll be happy,” he said. “If we don’t, we’ll focus on being comfortable not going to the level of the requests that came our way free agent or trade-wise.”

Signing Cole is thought to be the Yankees' No. 1 priority, but left unsaid was exactly what the organization’s comfort level is. One report Sunday said the Yankees are preparing a seven-year, $245 million contract offer, though that could not be verified. Many in the industry believe Cole will surpass that. Regardless, the expectation is that he’ll surpass what had been the richest contract for any starting pitcher in MLB history – the seven-year, $217 million pact David Price signed with the Red Sox in December 2015.

Cashman acknowledged that Cole will have a significant price tag. “You know if you’re a free agent, talent gets paid,” he said.

As the Yankees ponder how high to go for Cole, there are luxury-tax considerations. They have roughly $212 million committed to their 2020 payroll, already pushing them over the first luxury-tax threshold of $208 million. Managing general partner Hal Steinbrenner has long preferred to avoid going over the third threshold of $248 million, but all indications are he’s given Cashman the go-ahead to make a monstrous offer.

“Financial components are factored into every decision we make,” Cashman said. “It’s always part of the process.”

Cole would be the presumptive No. 1 starter for a rotation likely to include Masahiro Tanaka, Luis Severino, James Paxton and J.A. Happ. The Yankees chose Cole — but were unable to sign him — with the 28th overall pick in the 2008 draft.

Any decision to sign Cole assuredly is based on the postseason.  Although the Astros lost to the Nationals in the World Series, Cole was utterly dominant in October, compiling a 4-1 record in five starts with 47 strikeouts and a 1.72 ERA in 36 2/3 innings. In his only ALCS start, Cole picked up the win as the Astros beat the Yankees, 3-0, in Game 3. He allowed four hits and struck out seven in seven innings.

While Cole is the top priority, there are other decisions to be made, including whether to bring back the club's own free agents, including Dellin Betances, Brett Gardner, Didi Gregorius and Austin Romine. Gardner is the most likely of the four to be back.

“The outfield situation is something important for us, so that’s where Gardy can play a role,” Cashman said. “But starting pitching and premier starting pitching is really a focus for us more than anything else.”