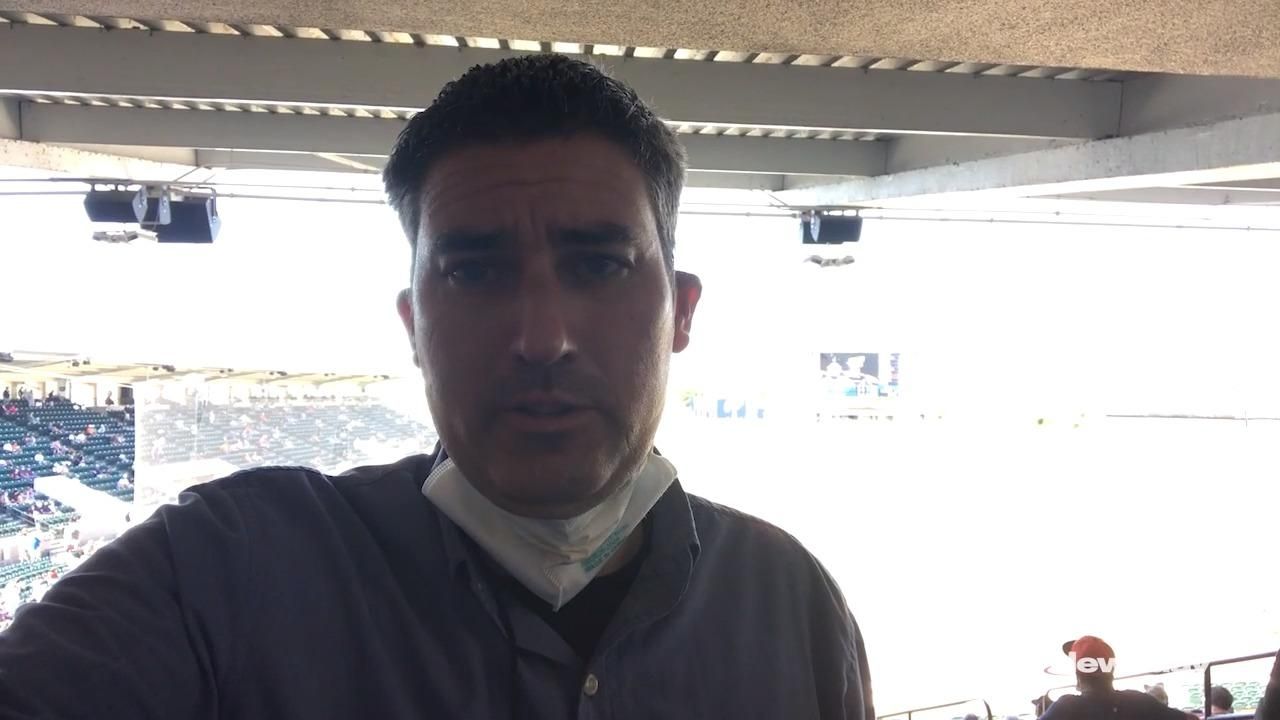 LAKELAND, Fla. — From the beginning of the spring, Corey Kluber understood the questions surrounding him and the rest of the anticipated Yankees 2021 rotation.

"I understand why it’s looked at as ‘Gerrit and the rest,’" Kluber said, cracking a smile back on Feb. 19. "We just have to do our best job of preparing ourselves and being in a position that, hopefully, pitch a lot and kind of take away those question marks at the end of the year."

With just over a week left before the start of the regular season, the 34-year-old has taken nothing but positive steps toward doing just that.

Making his third start of the spring — the Yankees’ two off days during the Grapefruit League season happened to fall on days Kluber would have started so he threw live BP sessions those days instead — the righthander, though struggling at times with his command, again looked healthy and strong against the Tigers Tuesday afternoon at Publix Field.

Kluber's outing would have been longer if not for a rough first inning in which he threw 30 pitches and allowed a hit and two walks, a rarity for a pitcher known for stellar control. Kluber allowed one run (unearned), three hits, three walks (his first of the spring) over 3 2/3 innings in which he struck out four.

"Obviously would have liked to have commanded a little bit better today, but as far as physically, the progression, the pitch count [71], all that kind of stuff, got the work in that we needed to, which is good," said Kluber, 1-0 with a 1.86 ERA over 9 2/3 innings in which he’s walked three and struck out nine. "A little bit hairy there in the first inning whether or not we were going to get to that point, but I managed to get through it. Like I said, minimized damage. And I think I'm at the point now where I’m just trying to fine-tune stuff."

For Aaron Boone, Kluber has met the "high expectations" he had for him entering camp.

"I’m very optimistic and excited," Boone said before the 5-5 tie. "It's only March 23, so we’ve got a long ways to go, but to this point he's been everything we could have hoped for."

Hope all along has been the operative word for Kluber, signed to a one-year, $11-million deal in January, because of worries about the veteran’s health.

A shoulder injury limited Kluber to one inning last season for the Rangers, with that setback on the heels of his 2019 season getting cut short when, on May 1 of that year, a fifth-inning comebacker broke his right forearm during a game in Miami.

To this point, including Tuesday, there have been no indications of anything but a healthy pitcher, one who during his time in Cleveland developed into one of the most dominant starters in the league.

"Curveball looks the way it should, command has mostly been there, velo is fine," one said. "I would be [encouraged]."

The Yankees certainly are.

"The movement he has on his pitches, his ability to make the ball move both ways on both sides of the plate, not everybody can do that," said Brett Gardner, 5-for 23 (. 217) with a .250 OBP, though with two homers, in his career vs. Kluber. "And with his cutter and his two-seamer and then his breaking ball that he can add and subtract with . . . he’s just a tough at-bat. Obviously, a really good competitor out there and a lot of fun to watch work. He looks good wearing pinstripes."

Lennon: Yanks approach end of spring with healthy attitudeAvoiding injuries hasn't been easy for club during past two seasons, but so far things are working out in Tampa.