Deivi Garcia, of the Yankees, throws during the first inning of the MLB All-Star Futures game on July 7, 2019, in Cleveland.  Credit: AP/Darron Cummings

TAMPA, Fla. — Deivi Garcia rocketed through the Yankees’ system last year, starting the season with high Class A Tampa and ending it with Triple-A Scranton/Wilkes-Barre.

The 20-year-old righthander, among the club’s top pitching prospects, now is in his first big-league camp and already has made an impression.

“You see why we're excited about him,” Aaron Boone said Friday after watching Garcia throw a bullpen session. “His ability to spin the ball is something that he's known for and, obviously, a guy that at a very young age has rocketed through our system.”

Garcia, along with fellow prospect Mike King, are among the pitchers who will battle for the fifth spot in the rotation, an opening created when James Paxton had back surgery last week (he could return as early as May if he doesn't have any setbacks). 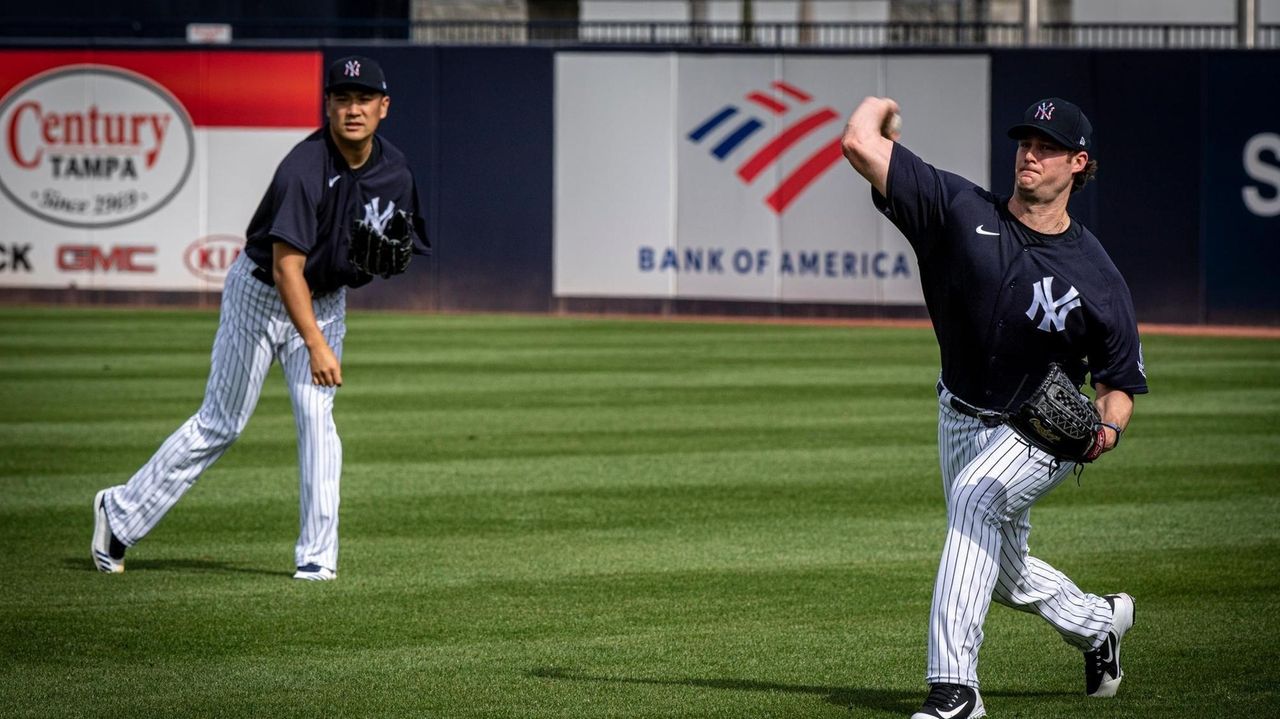 That spot is likely to go to Jordan Montgomery, but Garcia and King, as well as Luis Cessa and Jonathan Loaisiga, will get plenty of looks. Loaisiga probably is the favorite after Montgomery.

Boone is enthusiastic about what he’s seen from Garcia and King and a slew of the franchise’s other top pitching prospects who are in camp, including righties Luis Gil, Clarke Schmidt, Albert Abreu, Miguel Yajure and Luis Medina.

“One of the things that I was talking to a couple of our coaches today when I was out on the back field during PFP [pitchers' fielding practice], and then being in the bullpens watching guys, I think that's one of the things that's really exciting for me about this camp,” Boone said. “There’s so many guys that you can really dream upon, you can really picture having a really good career, and Deivi certainly falls into that category. It's exciting, the young arms we're seeing now start to emerge.”

1:57
Yankees get much-needed win over Rays
Yankees' search for big hit ends in 10-inning win over Rays
Rojas drops Conforto in Mets' batting order
Trade deadine figures to be quieter for Rangers than in recent years
Lundqvist won't return this season because of heart inflammation
Isles need to move the puck better on power play, Trotz says
Didn’t find what you were looking for?