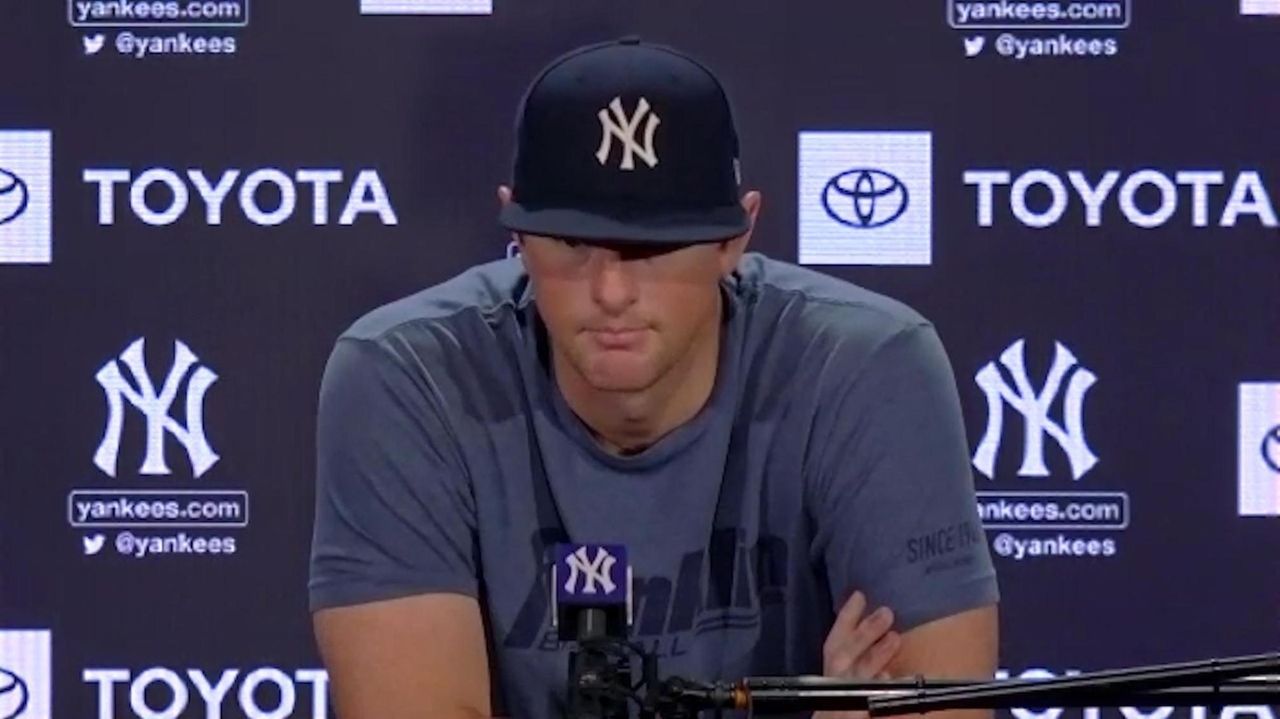 The Yankees on Wednesday talked about DJ LeMahieu's injury, which he said is expected to prevent him from playing for about 2-3 weeks, according to his doctors. Credit: New York Yankees

DJ LeMahieu is frustrated and anxious. The Yankees second baseman is frustrated that he is sidelined by a sprained left thumb at the same time that Aaron Judge and Giancarlo Stanton are out with injuries. And he is anxious because he wants to get back as soon as possible.

“With [Judge) and Big G out it’s kind of bad timing,” he said. “I pride myself on being out there every day, ready to go, and when I can't it sucks. It’s a bad feeling.”

LeMahieu hurt his thumb on a swing in Saturday’s win over Boston at the Stadium. Before Wednesday’s game against the Rays, he said the thumb has improved but “It's pretty sore.”

He did some running on the field to keep fit, but there is no timetable for when he might do baseball activities. “The couple different doctors said two-to-three weeks,” he said. “Obviously [I’m) trying to push that, but it’s probably around that timeline”

LeMahieu had a similar injury with the Rockies in 2018 and missed approximately two weeks because of it. Asked if the injury limited him in any way when he returned from it, he replied, “I was pretty much good to go.”

“I expect kind of the same thing with this,” LeMahieu said. “Last time I did it there was a little fracture in there and this time there's not, so I'm hoping to get back a little quicker.”

Though Judge insists he is fully recovered from the mild right hamstring strain that landed him on 10-day injured list, manager Aaron Boone still is  not committing to activating him Saturday when he is eligible. Judge made throws from the outfield and took batting practice on Wednesday.

“He's doing well and kind of on that trajectory,” Boone said of the Saturday scenario. “But again, that's something we'll continue to evaluate day-by-day as we get closer to Saturday.”

Boone started Thairo Estrada at second base, even though the Yankees were facing righthander Tyler Glasnow. In their platoon while LeMahieu is out, lefthanded hitting Tyler Wade was expected to start against righthanded pitchers. Estrada went 2-for-6 with a home run the past two games.

“I kind of like the rhythm Thairo is in right now,” Boone said, “and his ability to hopefully get on a fastball.”