Yankees starting pitcher Domingo German prior to the start of a game against the Texas Rangers at Yankee Stadium on Sept. 2, 2019. Credit: Daniel De Mato

TAMPA, Fla. — Domingo German, officially back on the field Thursday with Yankees pitchers and catchers after serving an 81-game suspension for violating MLB’s domestic violence policy, may have some work to do in the clubhouse.

While the team hierarchy was satisfied after offseason conversations with German that he felt remorse and had grown as a person, it might be a different matter with some of his teammates.

Should German, 28, address the team at some point? "That’s a tough question," reliever Zack Britton said Thursday afternoon. "I don’t think he owes anything to me. I think it’s off-the-field stuff that he needs to take care of. Sometimes you don’t get to control who your teammates are, and that’s the situation. I don’t agree with what he did. I don’t think it has any place in the game or off the field at all."

Britton later said: "My job is to go out there and pitch and do my job, so that’s kind of what my concern is right there. But [German] doesn’t owe me anything. I think that’s something that he’s going to have to deal with on his own and make better choices going forward." 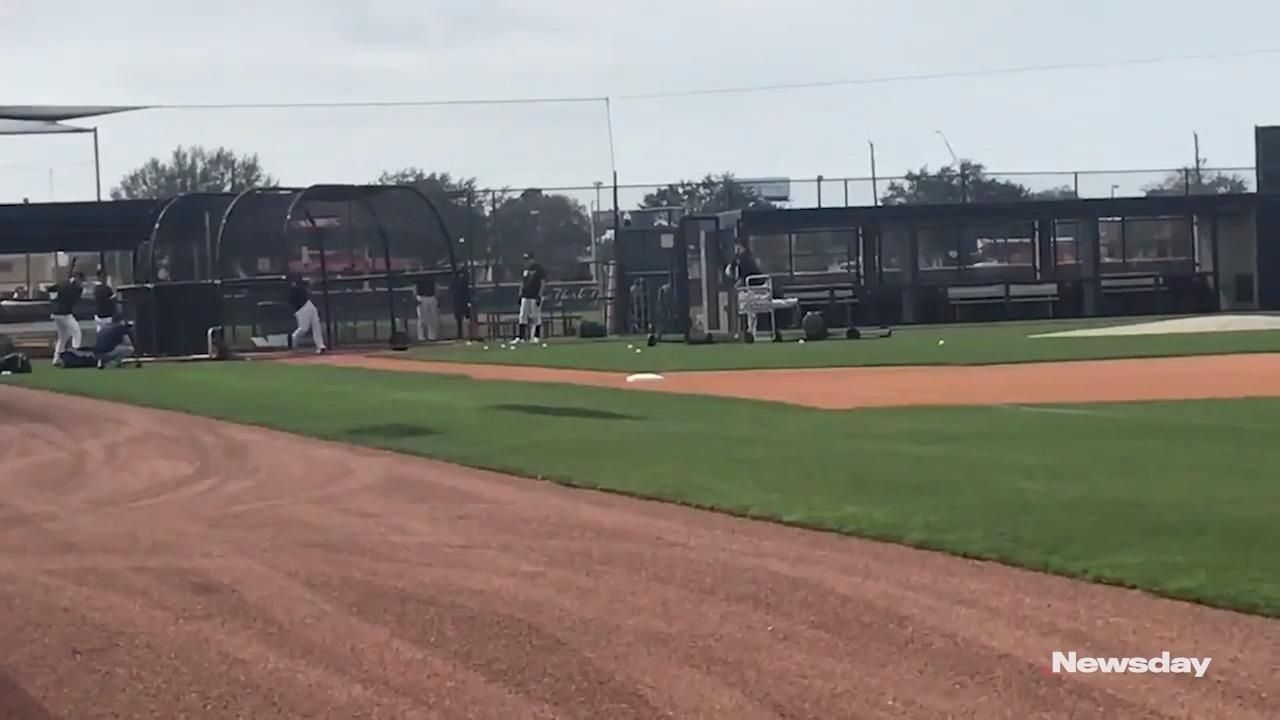 General manager Brian Cashman said throughout the offseason that German,18-4 with a 4.03 ERA in 2019 before his suspension late that season that took him out of play for all of 2020, is not guaranteed a roster spot.

While appearing to be physically fine, German raised eyebrows in the organization — and not for the first time — as a result of a social media post on Wednesday night.

On the eve of the first workout, German posted a somewhat cryptic message in Spanish — "everything is over" — on his Instagram account before deleting it. He then put up a simple: "I’m ready."

Last July, German made two other posts on his account that raised red flags. One read, in part: "I think I did my part at Yankee Stadium, if I decide not to come back, I will be very proud of my 11-year professional career. God bless everyone who has supported me."

A shorter post later read: "I’ve left baseball. Thanks everyone."

A couple of days later, German apologized for the posts, and the Yankees thought that particular issue was behind them. Until Wednesday night.

"He and I had a conversation about that," Aaron Boone said Thursday. "I don’t feel like I’m in a position to tell somebody how they’re to express themselves or whatever, [but] certainly we’re paying attention to that stuff.

"First and foremost, we want to make sure that Domingo’s in a good place. When I first heard about it last night and saw it — it was brought to my attention — I was taken aback a little bit and immediately concerned. But I do feel like maybe it was a little bit out of context and a little bit overblown and I am comfortable that he’s doing fine and doing well and is ready to compete."